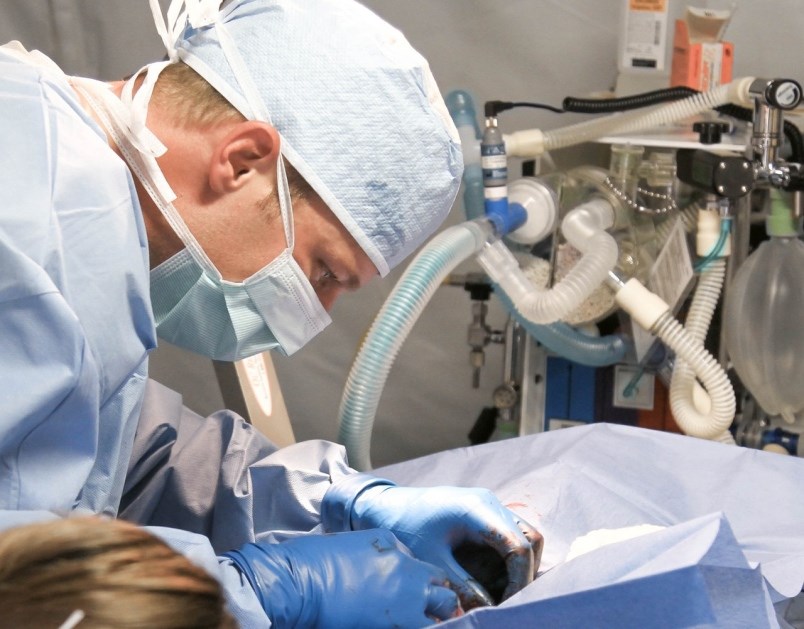 More than 550 objects have been unintentionally left in Canadian medical and surgery patients between 2016 and 2018, and the problem appears to be getting worse.

A new report released Thursday by the Canadian Institute for Health Information says 553 foreign items — such as sponges and medical instruments — were left behind over that two-year period.

That's a 14 per cent increase between the most recent data collected 2017-2018 and statistics collected five years earlier.

It's also more than two times the average rate of 12 reporting countries, including Sweden, the Netherlands and Norway, which had the next highest rates.

The information was examined as part of a broad look at how Canada's health-care system compares to other member nations of the Organisation for Economic Co-operation and Development.

Tracy Johnson, CIHI's director of emerging issues, said the data only notes how often the mistakes occurred, but not how or why.

"Often they are smaller things and they may be things like clips or sponges," said Johnson, suggesting the reasons are likely complex and multifaceted.

"Some surgeries are long and complicated and if they have to change people during that surgery because some surgeries last a long time, it may be that things get missed because of that. It may be that they don't have protocols in place — surgical checklists are one of the things that are utilized to try and prevent a number of things happening....

"What we know is patient safety is complicated. People don't go to work to make mistakes but these things happen."

Johnson said several peer countries, including the United States, the United Kingdom and Australia, do not report on cases where foreign objects are left behind, making comparisons difficult.

And the Canadian statistic is based on data provided by hospitals in only nine provinces.

She suggested that variation may have more to do with how thorough one province's counting and recording system might be versus another, rather than apparent deficiencies in care.

The information was examined as part of a broad look at how Canada's health-care system compares to other countries.

The report also found Canada had the highest rate of severe tears during vaginal childbirth among 23 countries measured, at twice the average.

Canada also had the highest rate of avoidable complications after surgery, including lung clots after hip or knee surgery among 12 countries studied. Those numbers hovered 90 per cent above the average.

Sandi Kossey of the Canadian Patient Safety Institute said the findings are alarming but that the focus should be on why such avoidable injuries happen and the steps needed to correct them.

She noted the data only captures hospital errors and suspected preventable — and sometimes deadly — mistakes are far more widespread than the general public knows.

"This is just the tip of the iceberg with respect to all types of serious preventable patient harm that happens in health-care institutions," said Kossey, adding her group's data suggests one out of every 18 people currently in a hospital bed will experience some form of preventable harm during their hospital admission.

It wasn't all bad news.

The report measured Canada's performance in 57 health indicators and found we met the average in 32 categories, and exceeded them in 13.

We especially did well in areas related to quality of care, including survival rates for breast and colon cancer which are among the highest in the world. And across the country, rates of in-hospital deaths due to heart attacks and stroke have declined by more than 20 per cent over the past five years.

Kossey said she wants Thursday's data to galvanize action. Back in August 2017, her patient advocacy group released its own report examining the scope of patient harm and found about 28,000 deaths a year can be linked to preventable injuries.

"When something like this happens the hospital has an obligation to actually investigate what happened, do an analysis, look at the incident — What happened? What contributed to that event happening? What can be done to prevent similar incidents from happening? What was learned?" said Kossey.

WATCH: Ontario expands COVID-19 testing, regional reopening of economy being considered
May 29, 2020 12:30 PM
Comments
We welcome your feedback and encourage you to share your thoughts. We ask that you be respectful of others and their points of view, refrain from personal attacks and stay on topic. To learn about our commenting policies and how we moderate, please read our Community Guidelines.