Justice Edward Morgan's judgment declared the sections of the Election Finances Act involved in the court challenge to be no longer in force
Jun 9, 2021 11:20 AM By: Canadian Press 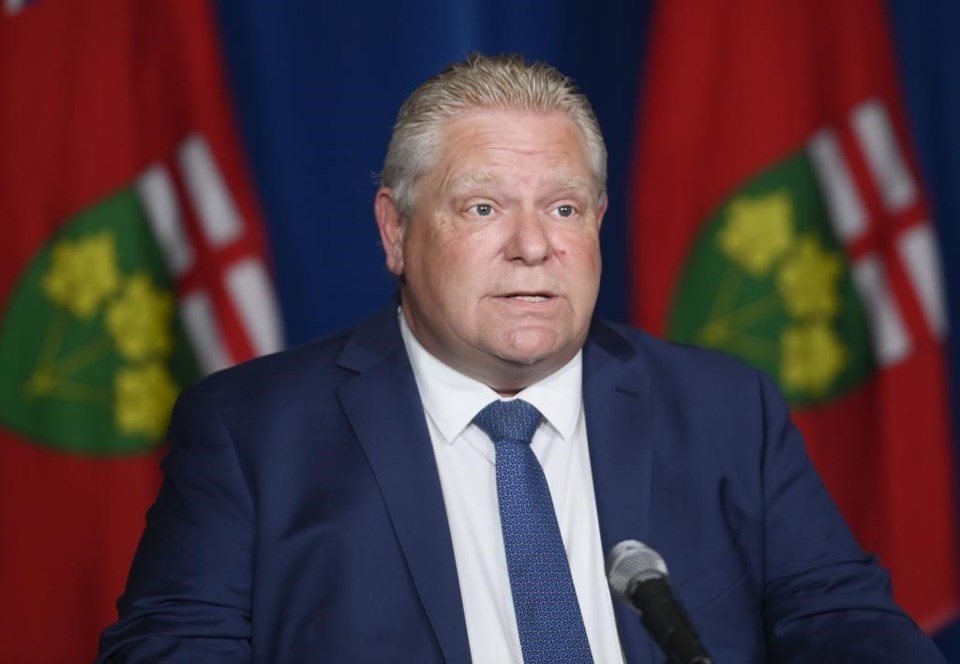 TORONTO — An Ontario judge has struck down a limit on third-party ad spending introduced by Premier Doug Ford’s government, declaring recent changes to the law unconstitutional.

A group of education unions had argued the changes to the Election Finances Act would have a chilling effect on their rights to free expression in the year leading up to a provincial election.

The government recently doubled the restricted pre-election spending period to 12 months, but kept the $600,000 limit on third-party political advertisement spending the same.

The attorney general had argued that the changes, which came into force in May, were necessary to protect democratic elections from outside influence.

But Ontario Superior Court Justice Edward Morgan wrote in his Tuesday decision that extending the regulated spending period to 12 months was not necessary.

He said that's because the previous period of six months, introduced by the former Liberal government, achieved the same aims.

"There is no justification or explanation anywhere in the Attorney General’s record as to why the doubling of the pre-election regulated period was implemented. This lack of explanation has to be taken seriously," Morgan wrote.

Morgan's judgment declared the sections of the Election Finances Act involved in the court challenge to be no longer in force.

He said that ruling would take effect immediately given the sensitive timing of the case. The next provincial election is scheduled for June 2, 2022 -- less than a year away.

"It would be unfair to the Applicants ... for statutory provisions that have been declared unconstitutional to remain in operation during this time," Morgan wrote.

"If the government wishes to amend the (Election Finances Act) yet again in time for the next election, it will have to navigate the legislative process in a way which allows it to do so."

A spokeswoman for Ford's office said the government is reviewing the decision.

"The purpose of this legislation was to prevent American-style spending by wealthy and powerful individuals and interests from unfairly influencing the democratic process," Ivana Yelich said.

Cara Zwibel with the Canadian Civil Liberties Association, which acted as an intervener in the case, said the ruling "restores freedom of expression and freedom of association to Ontarians."

"This is not just about the right of third parties to speak out on issues that are important to them – it is about the rights of all the people of Ontario to hear those messages and participate in our democratic system," Zwibel said.

Unions representing teachers in elementary, secondary and English Catholic schools said in a joint statement that the decision is a win for the unions and all Ontarians.

"The Ford government’s deliberate attempt to shield itself from legitimate criticism and accountability from voters in the lead-up to the election has failed," the group said.

"Justice Morgan’s decision validates our positions and sends a strong message to the Ford government: rules that drown out government critics and silence dissenting voices have no place in a democracy."

This report by The Canadian Press was first published June 8, 2021.