The Ford government has been blamed for failing to protect people in long-term care homes, where the novel coronavirus has killed more than 3,750 residents
Mar 26, 2021 9:30 AM By: Canadian Press 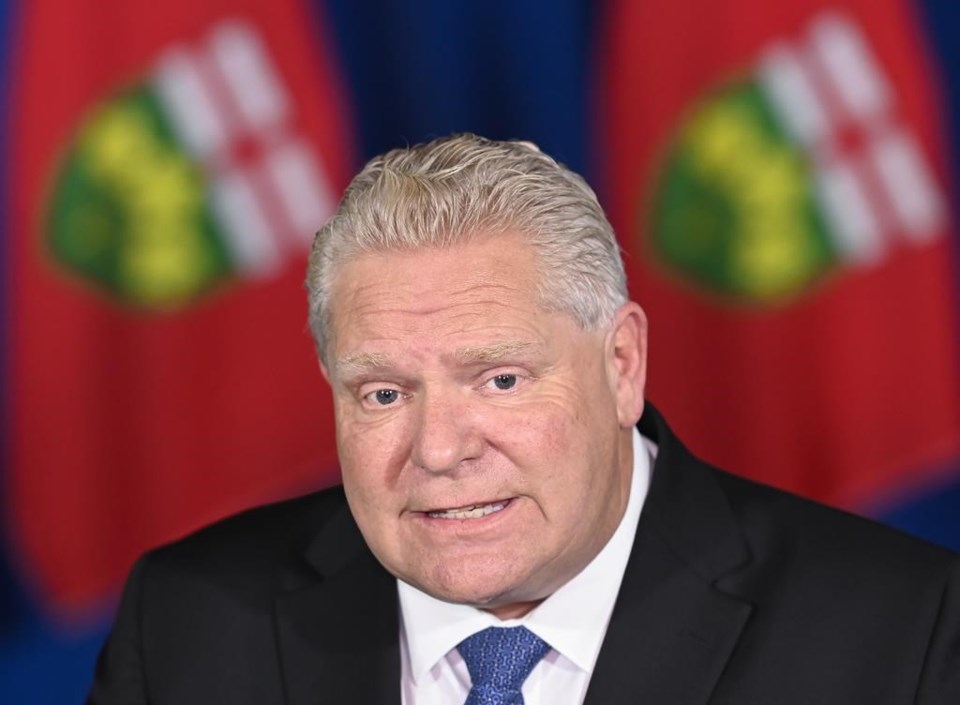 TORONTO — A new poll shows Ontario's Progressive Conservatives would win the most votes if the election were held today, despite some criticism of their handling of the COVID-19 pandemic.

The online survey, conducted by polling firm Leger, found that 38.5 per cent of decided voters would vote for Premier Doug Ford's Tories - slightly less than the 40.5 per cent they got in the 2018 election when they won a majority government.

Ontario has been one of the provinces hardest hit by the pandemic, and the Ford government has been blamed for failing to protect people in long-term care homes, where the novel coronavirus has killed more than 3,750 residents.

The province has also faced criticism from the opposition parties, unions and parents over its refusal to legislate paid sick days for workers, reduce class sizes in schools and for its often-confusing messaging on pandemic and vaccination protocols.

The Ford government has spent billions of dollars on pandemic relief, and pledged billions more on recovery efforts, resulting in a $33.1-billion deficit that will take nearly a decade to eliminate.

Andrew Enns, executive vice-president of Leger, said he was struck by the stability of Ford's support considering how tumultuous the past 12 months have been for Ontario - and Canada.

"(Ford) has been on TV almost every day and he has his share of detractors but he has a good portion of supporters as well, which is pretty good given the year that he's led a government in," said Enns.

When asked about how the Progressive Conservatives have handled the COVID-19 pandemic, 63 per cent of the poll respondents said the party has done well.

Enns said that the poll's results indicate it would be a mistake for the opposition parties to try and make the government's handling of COVID-19 into a single-issue question in the next election, which is about 14 months away.

"Overall those are pretty good numbers for a government to say 'well, if you want a referendum (on the pandemic) bring it on,'" said Enns.

Of the 1,000 Ontario residents aged 18 and older who responded to the Leger poll, 28 per cent said they would support the NDP, down from the 33.6 per cent of voters the party carried in 2018.

Support for the provincial Liberals, meanwhile, has jumped to 23 per cent from 19.6 per cent in the last provincial election, when they suffered a devastating defeat and lost official party status.

Enns noted that 98 per cent of responders were aware of who Ford is, an exceptionally high rate that he said is likely a result of the premier's almost daily media appearances for briefings on the province's COVID-19 response.

Public awareness of the opposition politicians stood at 87 per cent for NDP Leader Andrea Horwath, 57 per cent for Liberal Leader Stephen Del Duca and 50 per cent for Green party Leader Mike Schreiner.

The survey was conducted between March 15 and 22.

Online surveys cannot be assigned a margin of error because they do not randomly sample the population.

This report by The Canadian Press was first published March 26, 2021.