Public board official says there have been no cuts, but re-allocation happens yearly; ‘Many staff have lost hours at night,’ says custodian at Simcoe County school
Nov 20, 2020 4:30 PM By: Jessica Owen 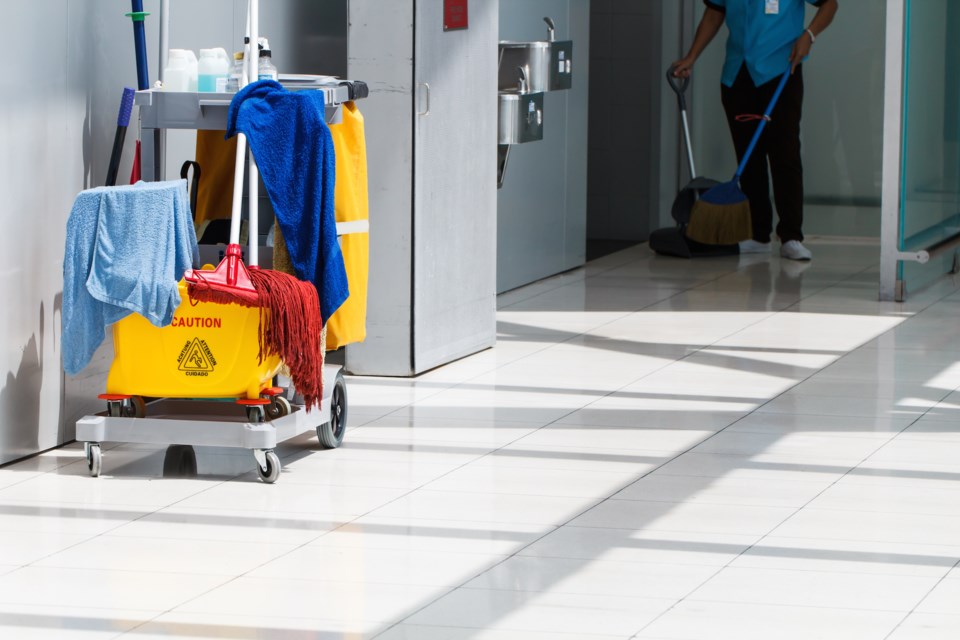 As a direct result of the pandemic, custodians are dealing with changing workloads in Simcoe County schools.

Some of those changes include the cancellation of after-hours programming and permits, as well as classrooms that would normally be filled with students instead being taken over by one or two educators who are teaching remotely. Enhanced COVID-19 cleaning protocols are also causing a shift in workload.

Mike (not his real name) spoke with BarrieToday on the condition of anonymity for fear of losing his job. He works as a custodian for a school in the Simcoe County District School Board.

He says his nightly hours have been cut from four hours to three, and was provided notice of the change on Nov. 6.

“The workload hasn’t changed for me. They say that per room we may have lost two kids per room, so they say it’s budgetary, depending on school size,” he said.

“Many staff have lost hours at night."

According to the Simcoe County District School Board (SCDSB), custodian hours are re-allotted every year as part of the board’s normal operations.

“If you’ve ever been to a SCDSB school at night, usually there are things going on all the time, but COVID-19 has prevented that. Our high schools would normally be open until almost 11 p.m. with permits, but they’re not there anymore,” said John Dance, associate director of education and superintendent of human resource services with the public board.

Dance also said many Learn@Home teachers are still doing their online classes from their home schools, which means there are many classrooms that only have one or two people in them all day. This also contributes to a smaller workload for some custodians.

“We haven’t cut any positions. We have done a re-allocation,” he said. “Every year, we have a staffing process that starts after all the student population numbers are in. It’s not unusual for staffing complements to change after this.”

When back-to-school plans were announced in September, part of that announcement by the public board was enhanced cleaning measures. Casual staff members were brought in to help aid in cleaning.

“It’s based on there being less students in the school. In a lot of cases, it’s not the loss of a full custodian or half a custodian, it may be the loss of an hour at a school here or there. Then that person might pick up an hour at another school. We have custodians that work in multiple locations,” said Dance. “Overall, our staffing is up from last year. We’ve added staff because of the enhanced (COVID) cleaning.”

While Mike says custodians were given adequate cleaning provisions and time to ensure that cleaning was taking place, with the recent re-allocation, he believes difficult decisions will have to be made.

“Right now, (timing) is pretty much right to the tee,” he said. “We’ve been given the proper tools and lots of training. As far as the enhanced cleaning technique, I think we have it down pat now. It’s just a matter of losing time.

"With winter coming, do we start choosing now? What comes first, shovelling or COVID cleaning? Do we start falling (behind) on cleaning desks or changing garbages? We’re going to have to start prioritizing what comes first because of these time allotments they’re giving us."

Mike said kids at many schools were allowed outside more often while the weather was nice, but with regular snow coming up in the forecast, they’ll be stuck inside which will mean more mess inside.

“The kids will be in their classrooms more often, making more messes. Once the wet, dirty weather is upon us, it’s going to make a huge difference,” said Mike.

“We’re going to be scrambling just trying to get the basics done,” he added.

Mike says he thinks in the midst of a pandemic is not the time to be trimming hours.

“I think parents need to know there are cutbacks in time allotted to do... cleaning. I have no fears about the enhanced cleaning for COVID being taken care of, but schools will become a lot dumpier looking,” said Mike.

Multiple requests for comment to CUPE 1310, the union representing custodians across Simcoe County, were not returned by publication time.