Local mother, daughter 'getting loud' for CF and the need for lifesaving medication

Beth and Madi Vanstone have been working tirelessly to help other CF patients and other Canadians with rare diseases gain access to the orphan drugs they require
May 30, 2020 3:30 PM By: Natasha Philpott 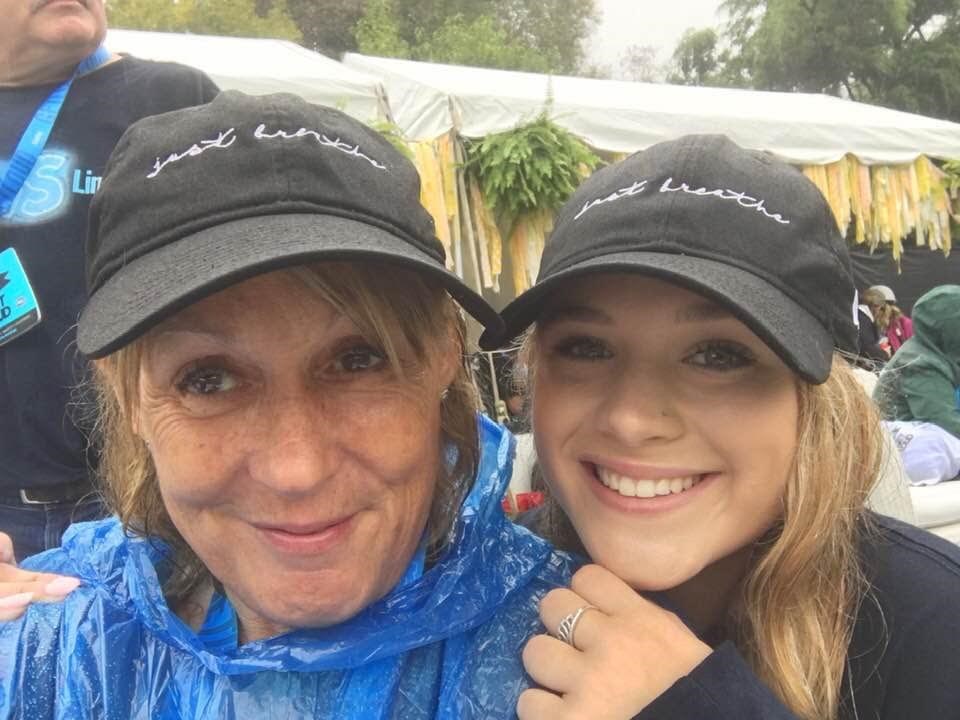 Mother-daughter duo Beth and Madi Vanstone continue to fight for access to lifesaving medication for all Canadians. Submitted

Just a few short months ago, the Cystic Fibrosis (CF) community was making strides in their fight to have life-saving 'orphan' drugs approved in Canada.

Then COVID-19 hit, and their efforts were put aside as the government grappled with the pandemic.

Local resident, Beth Vanstone, mother of CF Warrior Madi Vanstone, spoke with BradfordToday earlier this week to discuss the challenges the CF community is now facing and the tremendous effort being made to have the government to approve orphan drugs in Canada, not only for CF patients, but for all Canadians with rare conditions and diseases.

What are orphan drugs? And why are they critical to so many Canadians?

Orphan drugs treat rare diseases. They tend to be hugely expensive, due to the lengthy research involved in development, and the small percentage of people needing them. There is no chance of mass-production or mass-consumption, to bring down the price.

Eighteen-year-old Madi is currently on the medication Kalydeco, another orphan drug, to treat her CF.

Madi was diagnosed with CF at nine months of age, and struggled throughout childhood with multiple hospitalizations due to her illness, often missing school.

Six years ago, when Kalydeco was released, Madi was able to take the drug as part of a drug trial - and the Vanstones launched their battle with the Ontario government, to have the medication Kalydeco covered by OHIP. Without coverage, the cost to the Vanstones - even with private insurance and a discount from the pharmaceutical company - would have come to approximately $60,000 per year.

The government did approve coverage of the medication, which she is still on today. Kalydeco has substantially improved the quality of her life.

But their fight isn’t over. Madi and her mom have been working tirelessly to help other CF patients and other Canadians with rare diseases gain access to the orphan drugs they require.

There are currently three new CF modulators (drugs) from the pharmaceutical company Vertex - Orkambi, Symdeco and Trikafta - with very little access to Canadians.

Since the COVID-19 pandemic, CF Canada has reached out to the government and Vertex Pharmaceuticals to allow CF patients access to all current and future CF modulators.

In a letter to the federal government, CEO of CF Canada Kelly Glover noted that the pharmaceutical company Vertex had recently made an offer to the pan-Canadian Pharmaceutical Alliance (pCPA), and urged the government to negotiate on the offer right away.

“Cystic fibrosis is a fatal disease," Glover wrote. "Similar to COVID-19 it affects primarily the respiratory system. Similar to COVID-19, it kills people. Unlike COVID-19 it’s much more efficient, just slower. Eighty five percent of people with CF will die from respiratory failure, but CF will ultimately kill them all, as compared to only about 1-2% for COVID. But instead of dying in weeks, CF slowly deprives everyone with CF of quality of life. Our 4,300 patients spent a total 26,500 days in hospital in 2018. That’s 72 years! Seventy-two years’ worth of hospital resources that could be better spent taking care of people with COVID-19.”

But the pCPA has indicated that it is not negotiating a deal for two of the three CF modulators, Orkambi and Symdeco, but is only considering negotiating for Trikafta, once it is approved by Health Canada. Currently Trikafta can only be made available in compassionate cases if the patient meets specific criteria.

“Our community is so vulnerable, having underlying respiratory issues already,” said Beth, worried about the additional impact of COVID-19.

“Everyday our people have to be six feet a part, everyday if there’s somebody sick we can’t go to them. Our kids can’t touch things because they can get sick and end up in the hospital,” she said. “This is our life. Everyone’s getting a little test of what it’s like to have CF.”

A response from the pCPA Governing Council stated, “The pan-Canadian Pharmaceutical Alliance (pCPA) recognizes that this is a challenging time, especially for cystic fibrosis patients during the COVID-19 pandemic.”

The Council noted that they have held numerous meetings with Vertex, hoping to reach an agreement to improve access to drug treatments for cystic fibrosis patients.  “The alliance continues to encourage Vertex to submit Trikafta to Health Canada and if approved, to then submit it to Canadian Agency for Drugs and Technology in Health (CADTH) or l’Institut national d’excellence en santé et en services sociaux (INESSS) for a Health Technology Assessment (HTA) review,” the response stated.

The cPCA declined to provide details of the discussions with Vertex due to confidentiality reasons, but noted, “the pCPA continues to engage with Vertex with the goal of bringing new cystic fibrosis medications to the Canadian market."

Beth and the rest of the CF community point to a disparity: governments are providing unlimited funding for COVID-19 patient care, but there is a lack of funding of treatment for CF patients who suffer breathing issues everyday.

“We will spend whatever, and shut down our country, to save people from COVID,” said Beth, yet it's “too expensive” to pay for the medications for CF patients that could ease the suffering, and reduce hospitalizations.

“You can’t help but take it a little personal,” she said. “It’s really frustrating that the government doesn’t seem to care.”

She also worries that, with the new rules for the Patented Medicine Prices Review Board (PMPRB) set to come into effect this July, it will be even more difficult for companies like Vertex to market in Canada, due to the high price of orphan drugs.

The new rules and regulations for lowering the cost of medications for patients across Canada are supposed to take effect in July 2020. The PMPRB has said it will be publishing an updated version of its draft pricing Guidelines for public consultation in the coming weeks.

“This document is responsive to stakeholder feedback, including concerns from patient advocacy groups about the impact of the pending changes on access to promising new drug therapies,” said Communications Advisor for the PMPRB, Jeff Wright.

Beth Vanstone is currently working with the group CF Get Loud, which has joined forces with CORD (Canadian Organization for Rare Disease) to oppose the PMPRB changes.

“They (CORD) represent the rare disease community, and of course innovative therapies are so expensive for them as well, so they are going to be cut off from medications as well,” she explained.

Simcoe-Grey MP Terry Dowdall has been working with the Vanstones and the CF community, to get their voices heard. He recently raised his concerns in the House of Commons, in an effort to have Patty Hajdu rescind the changes to the PMPRB.

"You are seeing how money can become available for certain issues," he explained, referring to the government spending on COVID-19, "Health is number one, we really need to take care of Canadians here in our homeland."

He belives the longterm costs of keeping CF patients in hospitals and on disability, far outweigh the costs of their needed medications.

"We're going to keep pushing it and I hope one day it’s not an issue," he said. "I'm hoping the government does the right thing."

“We are pushing that the changes be rescinded or an implementation date be changed to 2022 where they are apparently coming up with a rare disease strategy,” Beth said. “When they have a path set up for rare diseases in 2022,  implement the changes at that time so orphan drugs can stream off on their own.”

She is hoping that way, future drugs for rare diseases will not have to go through the same restrictive criteria.

“What the PMPRB is doing right now is deciding for all Canadians what medications they will have access to, and it’s a very small percentage of what’s available to everyone else in the world,” Vanstone said. And instead of improving negotiations with pharmaceutical companies, “they’re taking that opportunity right out,” she said.

Wright, responding for PMPRB, stated that “If any business decisions affecting Canada are being contemplated by pharmaceutical companies as a result of the draft Guidelines, it would be premature to take them until such time as the document is finalized.”

He added that manufacturers don't need the PMPRB’s prior approval of their price in order to launch drugs in Canada.

Beth is worried that, with all the emphasis on cost-savings, Canadians are not seeing the 'bigger picture' and the implications of the PMPRB, especially for orphan drugs.

“These drugs are available everywhere else. No other country is doing something like this,” she fumed. “It’s a war against big pharma, and patients are the casualties. It’s heartbreaking."

The Vanstones and the rest of the CF community feel like they are on the wrong side in a losing battle.

“I really have always thought people came first in Canada, until getting involved in this kind of scene and seeing that it’s not really true,” Beth said.

As for the PMPRB, “I think it was a really poorly thought-out plan, and now they’ve dug their heels in,” she said, noting that the plan may be a good idea for general medications for things like a cold, but not for those who need  innovative life-saving medicines for rare diseases.

On June 3, the CF Get Loud community will be hosting a virtual Town Hall for patient advocacy, calling on Federal Health Minister of Canada Patty Hajdu and other MPs to rescind the changes in the PMPRB, so that the drugs can be submitted to help save patients lives.

Beth encourages anyone interested in learning more about the future of Canada’s health care system in relation to new and innovative medications, to tune in.

“It’s not just going to be about CF," she said. "It’s about our (health care) system and what’s happening.”

The Town Hall link will be posted on the CF Get Loud Facebook page here.

Province reports 92 new COVID-19 cases, one death today
Aug 14, 2020 10:43 AM
Comments
We welcome your feedback and encourage you to share your thoughts. We ask that you be respectful of others and their points of view, refrain from personal attacks and stay on topic. To learn about our commenting policies and how we moderate, please read our Community Guidelines.