Being part of the Scouting family

Ashley Guay continues to use the Leadership skills she learned in Scouting
Jan 9, 2020 8:00 AM By: Miriam King 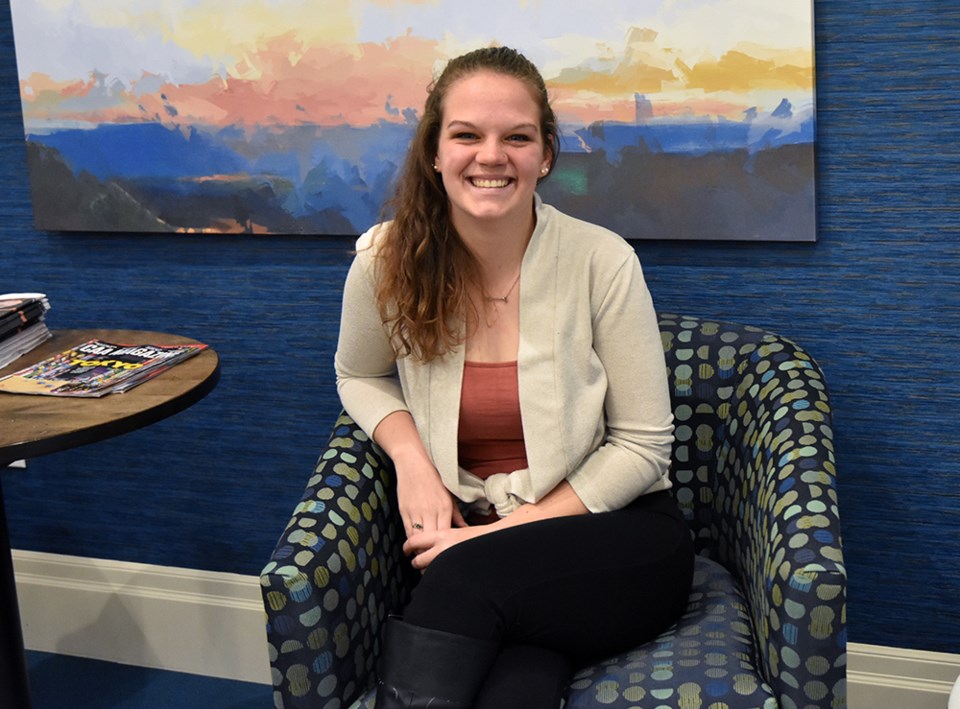 Ashley Guay came back to Bradford in August, after completing her studies in Therapeutic Recreation at Brock University.

She credits her volunteer work with inspiring her career choice.

Guay has always enjoyed physical activity, recreation, and leadership – skills that were honed and developed through her life-long engagement in Scouting.

But it wasn’t until her grandmother entered Bradford Valley Long Term Care Centre that she had her “Aha!” moment.

As a young volunteer at Bradford Valley, Guay saw her grandmother, who hadn’t spoken for months, make an immediate connection with the recreation therapist at the facility.

The therapist got down on her knees and introduced herself at eye level - and Guay’s grandmother responded.

“It was instantaneous, absolute love,” Guay said. “My entire life, I thought I’d be a teacher. It was my grandmother, at the end of life, who put me on my path."

Guay’s leadership skills were obvious from an early age. “Ever since I was a little kid, I’ve been that loud, rambunctious person,” she said. “But I love to make people smile.”

At the age of about five, she entered Sparks – the first level of Guiding – but only says, “It’s not who I am.” Instead, at age six, she joined her two brothers in Scouting, joining the First Bradford Scouting Beaver Colony, “and basically, I never really left Beavers.”

Even when she “swam up” to Cub Scouts at the age of eight, she continued to help out with new Beavers, providing junior mentorship.

“It was a family. You knew everybody,” Guay said. “It was a fit before I even knew it was a fit.”

Guay’s commitment to Scouting has continued through the years.

When she was in Cubs, she learned the art of tying knots from “Dr. Knots”, Scouter Rick Jones. “I ended up going to older sections, and teaching them what to do,” she said.

As a Cub Scout, she assisted the Beavers; as a Scout she helped Cubs. At the age of 14, just as she entered high school, she joined the Medical Venturers – immediately taking to the First Aid training, and quickly moving to an executive role in the company.

All of her Scouting experience has been  “completely volunteer,” Guay said. She does get paid for Red Cross First Aid training courses, but usually provides the training at a discount, “to make sure we’re getting as many people trained as possible.”

Guay has played a role in Scouting at Section, Group, Area and National levels, serving as a Volunteer Advisor on the National Management team of Scouts Canada. Her focus has been social media, “helping to make sure the conversations stay positive.”

She served three years as National Council Youth Commissioner, from 2015 to 2018.

And she has been recognized for her contributions to Scouting. She has the Scouts Canada Centennial Medal, Chief Scout Award, Medal of Meritorious Conduct and Bar to the Medal of merit, and Queens Venturer Award.

It’s not about the honours. “Scouting has always been something I’ve loved to do,” she said. “It’s still a family” – and an organization that has allowed her to make life-long friends.

“The smile you see on the kids’ faces, the parents who come up to say thank-you” – those are more important than any medals, Guay said. “The kids have to be absolutely one of the biggest reasons I stick around.”

She also has a personal reason to be grateful to Scouting. Guay talks frankly about the mental health challenges she has faced, beginning in Grade 10 – issues that have included depression, and suicidal ideation. At the age of 19, after years of struggle, she was also diagnosed with epilepsy.

Through it all, “Scouters were huge supporters,” she said. “I can now talk about these things… It’s not something to be ashamed of. I know that I have a platform that supports me.”

And now, career and volunteer work have intersected. She has launched a new blog, Confessionsofarectherapist.com, that she hopes “will be an avenue to advocacy and education,” assisting parents to advocate for their children with mental and physical disabilities.

“Starting conversations is a big thing for me,” said Guay, who uses every opportunity to open the dialogue on mental health and suicide prevention.

Guay is happy that she has come “full circle,” and returned to Bradford.

Bradford woman supporting other women through fitness, wellness group
Oct 22, 2020 1:30 PM
Comments
We welcome your feedback and encourage you to share your thoughts. We ask that you be respectful of others and their points of view, refrain from personal attacks and stay on topic. To learn about our commenting policies and how we moderate, please read our Community Guidelines.