‘If you just try it, you might like it' says Bradford teen on volunteering in the community 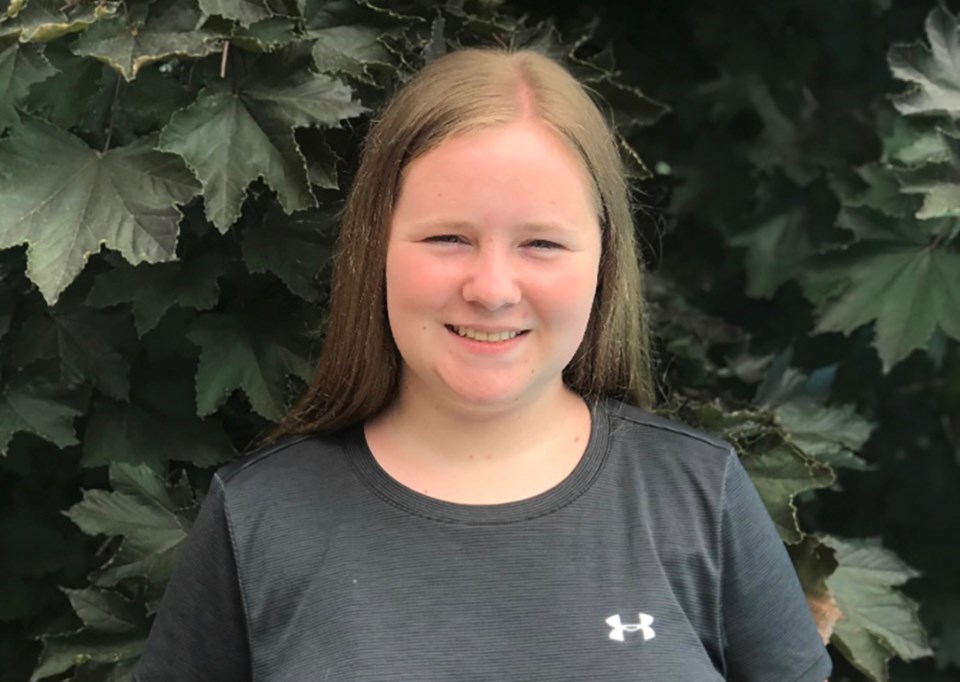 Kaeleigh Gardiner has been involved in Bradford’s Leos Club since “day one.”

She heard about the Leos from friend Helene Zanatta, who was also thinking about joining the junior service organization affiliated with the Bradford Lions Club.

Gardiner not only joined, she became the Leos’ Secretary.

LEO stands for Leadership, Experience, Opportunity. There are currently 7,000 of the clubs, for youth between the ages of 12 and 18, in more than 150 countries – and more than 130,000 members worldwide.

“I liked how we were helping out in the community, and how we were all part of this little family,” she said. “And it’s fun.”

Both Gardiner and Zanatta were actively involved, helping the Leos raise the funds for a bench at the new Henderson Memorial Community Park, sponsoring a local youth to attend CNIB Camp Joseph, helping out at Canada Day celebrations, CarrotFest, Pumpkin Fest and the Santa Claus Parade, and at Christmas, making cards for patients at Southlake and residents at Bradford Valley Care community.

“I like giving back to the community,” Gardiner said, and especially making new friends through the Leos – “the variety of great people you get to meet.”

She is no stranger to volunteering. Even before signing up with Leos, she was involved in the community as a volunteer.

“I helped my mom (Shannon Gardiner, Administrator with the Bradford Bulldogs) with Minor Hockey,” she said – and at CarrotFest, she helped Holland Marsh Growers’ Association executive director Jody Mott hand out free bags of marsh-grown carrots to thousands of festival goers.

Right now, though, everything is on hold - shut down by the COVID-19 pandemic. Gardiner, who will be going into Grade 12 this fall, has had to face more than one disruption, including the loss of a co-op placement at Fieldcrest Elementary School, where she was helping out in a primary grade classroom.

She had just been at the placement for two-three weeks when COVID hit.

Gardiner is expecting to return to her studies this fall, and is hoping that the reopening, of schools and activities, continues to a point where the Leo Club can start meeting again.

She turns 17 this July, and would like to help bring a few plans to fruition, before she “ages out” of the club.

“We’ve been trying to get (a local version of) the Amazing Race going. That would be really cool to do,” she said, even if it has to be modified to ensure social distancing.

She’d also love to see a return of the Halloween Costume program launched by the Leos, where residents were asked to donate unwanted and out-grown children’s costumes, leaving them in a drop box at the BWG Leisure Centre.

The costumes were bagged up and delivered to CrossTrainers, which operates The Hub Youth Drop-in Centre and Hand-Up Clothing Room, to distribute to kids whose families couldn’t afford the purchase price.

Gardiner explained the attraction of volunteering. “It’s the community, and the people you meet along the way, and the friends you make,” she said.

And she had this advice for other teens: “If you just try it, you might like it.”

She pointed out that high school students need 40 hours of community service to graduate, and getting involved in Leos is one way to rack up the hours.

And she’ll end up with more, if Leos resume later this year.