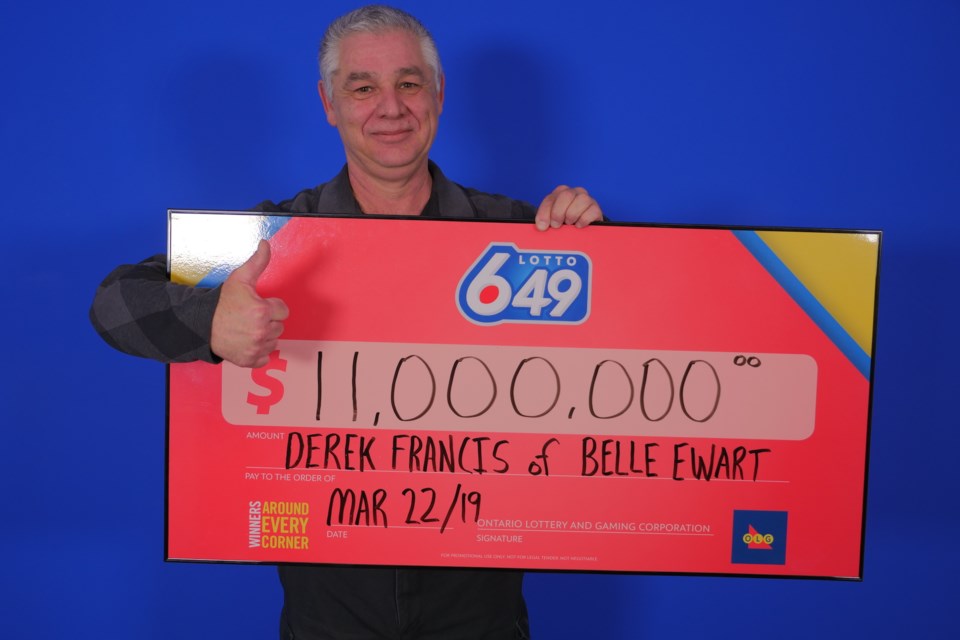 "This is my first major win!" smiled Derek, a 57-year-old coffee company employee, while at the OLG Prize Centre in Toronto to pick up his winnings. “Though I did win $1,900 with Lotto 6/49 years ago.”

The father of three and grandfather of five checked his ticket on his way in to work. "I didn’t believe it, even after I looked at the numbers and saw they all matched,” he smiled. “I still went into work,” he laughed.

Derek plans on investing, buying a camping trailer and taking an Alaskan cruise. “I’ll also put aside some of my winnings for family college funds. My kids will have to go to school if they want some of the money,” he laughed.

“It feels like I’m free – it’s such a sensation, but I’m still going to work until September," he smiled.

The winning ticket was purchased at Genuwin Gifts and Gadgets on Industrial Park Road in Innisfil.