A call for on-demand transit for persons with disabilities

Resident asks for improved transit service for those with disabilities.
Sep 14, 2019 6:16 PM By: Miriam King 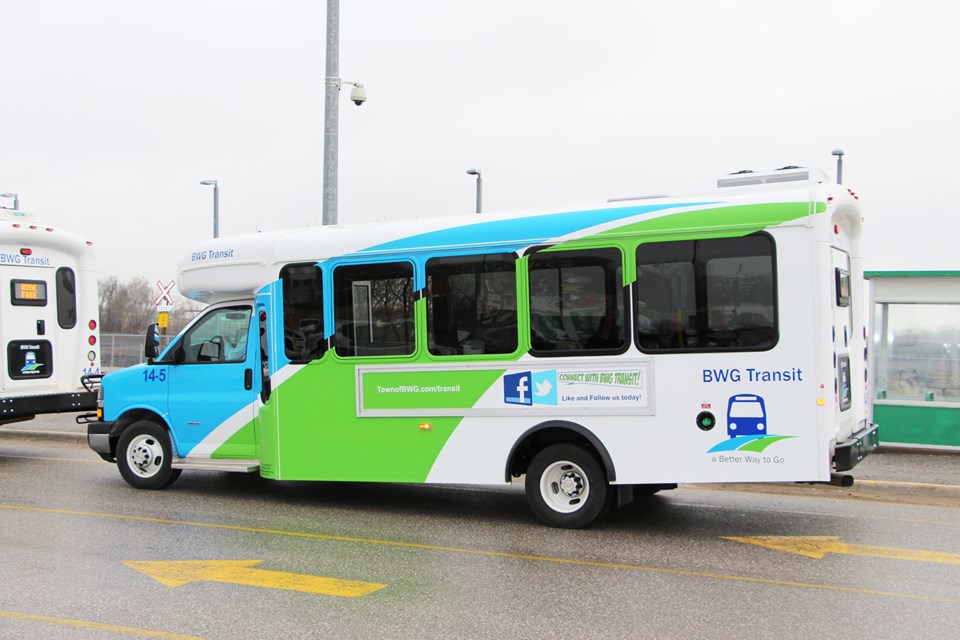 The Town of Bradford West Gwillimbury’s transit system is handicapped-accessible – its community buses are all ‘low-floor’ to provide access, and include AODA-approved attachments and installations – but the system isn’t usable by everyone with disabilities.

That was the message resident Daniela Pethick delivered to the BWG Accessibility Advisory Committee, at the public consultation session on Thursday evening.

“This is an annual consultation we do,” said Leisl McDill, Committee Co-ordinator, asking for public input on the accessibility of the town’s trails, sidewalks, play spaces, on and off-street parking, and transportation services.

For Pethick, it wasn’t the accessibility of the buses themselves that was the issue; it was the distance from her door to the nearest bus stop, the long wait times, and barriers to understanding and navigating the system.

“Transit here is not really organized or helpful for people with disability,” said Pethick, who suffers from Epilepsy and has difficulty dealing with extremes of temperature. Her attempts to use the transit system have left her tired, dizzy, headache-y and frustrated.

She said that current alternatives to using the bus have proven to be unreliable and costly. “They’re late, they’re early, they don’t wait,” she said of one taxi service, “and it’s very expensive.”

Pethick called on the town of BWG to consider providing door-to-door on-demand accessible transit for those with disabilities. “The system in Bradford is not helpful. Without that, people stay in their houses,” she said – which has an impact on access to jobs, services, shopping, and on mental health.

“Having a pick-up and drop-off would help very much,” she said.

“So, you’re thinking more along the lines of CHATS?” asked Coun. Mark Contois, referring to Community and Home Assistance to Seniors, which provides an accessible van service for senior residents. “That would give you more freedom?”

Contois suggested the town should look into a possible partnership with a private service provider, similar to the existing Taxi-to-Go service, to provide expanded service for persons with disabilities.

York Region has Mobility Plus, the city of Toronto has Wheeltrans to provide door-to-door transportation for those for whom the walk to a bus stop isn’t feasible, noted McDill. Both services are subsidized by the municipalities, to provide pick-up and drop-off for the same price as regular bus fare.

Paul Dubniak, Transportation Technologist, was asked for a report on providing a Mobility Plus-style service in BWG.

Dubniak described the Town’s current model as a standard “fixed route, shared-ride service.” He noted that “more and more areas are looking at new ways to be flexible,” and new technologies like phone apps, to help customize travel.

In fact, Dubniak noted, “Simcoe County is starting a specialized transit service with their LINX Transit” – an on-demand door-to-door bus service for registered users with disabilities, in North Simcoe - but is at least a year away from implementing the program in South Simcoe.

There is an alternative, he said. The town’s transit system has been operating for five years, and it’s time to replace some of the buses now on the road. Keeping one of the older accessible buses could offer a “great option” for providing an on-demand bus service for those with disabilities, he said.

The town does have a contract with BB Taxi, to provide a wheelchair accessible taxi service. The committee was told that the service had only four calls in March, when it was first established – but this summer, received from 12 to 16 calls per month.

“It is definitely being utilized,” said McDill, proving that there is a need.

Pethick was the only speaker at the consultation session, which led McDill to urge the committee to post an online survey, enabling “anyone who wasn’t able to make it out, for any reason” to provide feedback, make a request, or outline their concerns regarding accessibility in BWG.

“What we’re looking for is public input,” she said.

In other business, the committee was told that Bradford will be getting an additional 19 benches installed at bus stops at “no cost to the town.” In fact, the municipality receives revenues from the advertising on the benches.

And a new AODA-compliant bus shelter is being installed at the seniors’ building at 100 Miller Court.