Ask the Nutritionist: How do I kick my addiction to caffeine?

In her weekly column, Bradford West Gwillimbury licensed nutritionist Nonie De Long outlines Part 1 of her advice on the effects of caffeine for different people
0
Jun 16, 2019 11:30 AM By: Nonie De Long 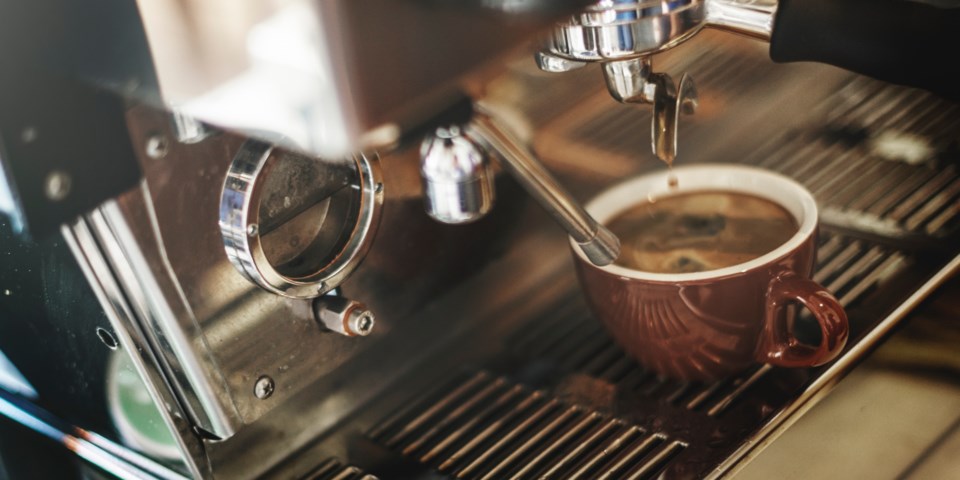 Do you have a question about health and wellness? Email nonie.delong@gmail.com.

My question is about coffee. I have to go for some stress tests for my heart because I’ve been diagnosed with a heart condition. I have to cut coffee out for a week or so for the tests but I really find I need it in the morning. I imagine it’s the caffeine I have to avoid. Is there anything else I can substitute to help give me some morning get-up-and-go without the caffeine? And is there a healthier alternative, or is coffee OK given that I have a heart condition now?

Much thanks!
Soon to be, Shawn of Yawn

You are not alone in your reliance on a morning cuppa or two. The love of coffee has steadily grown over the last 20 years - with Canada among the Top 3 countries for consumption. With so many tempting variations, even school kids are now exposed to it in a variety of seriously marketed, hip-whip-sugar-laden-slushie hybrids.

Caffeine, found in the leaves and fruit of more than 60 plants - including coffee - boosts alertness and increases the impact of mood-enhancing neurotransmitters (dopamine, serotonin), while inhibiting the action of a key neurotransmitter that makes us feel tired (adenosine). If you’ve heard of neurotransmitters before, it’s probably in talk of antidepressant drugs. Yes, caffeine can be said to be a more natural antidepressant. So it’s no wonder you’re apprehensive of going without!

I agree, the caffeine is what you need to avoid for the tests you’re undergoing. And you are likely going to feel it because the reason we love it so much is that caffeine is a potent psychoactive drug. It’s effects on the central nervous system are nothing short of astounding, given that it’s so widely available.

Despite this, there’s a lot of back and forth on whether you can become addicted to coffee (or just dependent on it) and whether it is, in fact, healthful. So instead of spouting data from one camp or the other that you can Google-fu for yourself, I’m going to insert my own clinical experience with coffee to best answer your question.

Just give me a moment to grab my morning cup of Joe.

Now that my brain is amply wired, let’s unpack this murkey little beverage a bit.

Coffee inhibits the release of GABA, a neurotransmitter whose action has a lot to do with anxiety, social phobias, and an inability to relax. Add to this that it also stimulates the autonomic (stress) nervous system, and you get a pretty wild picture for some. Clinically, the people I see with panic attacks, nighttime restlessness, and general anxiety frequently respond well to the addition of GABA, zinc, and magnesium. So coffee and caffeine consumption cannot be overlooked as a possible causative factor, since it inhibits GABA. Indeed, removing it seems to make a big difference for most.

In addition to inducing anxiety in some, I have witnessed caffeine induce psychosis in schizophrenics. My son is schizophrenic and his drug of choice is an energy drink. Or two. Or five. Why? The medications that are used to treat schizophrenia and bipolar can be deadening and energy-robbing and seriously reduce the feel good neurotransmitters in the brain. Caffeine increases the impact of those and thus counterbalances the meds. It’s a classic case of inadvertently self medicating to feel ‘normal.’

In clients who have autoimmune disorders that involve pain in the joints or muscles, I see an incredible intolerance to caffeine. In those with fibromyalgia and rheumatoid arthritis it can be the missing link that causes 90 per cent of their aching and pain. I have researched why this might be and believe it to be attributed to the way the liver is burdened to break down caffeine. There are other explanations, as well. In those who have a reduced liver capacity due to chronic inflammation and immune system activation, the impact of the drug is more toxic. In any client with these conditions I recommend trying a zero caffeine diet for a month then re-introducing the drug.

In clients with insomnia and or jimmy legs, coffee or caffeine consumption is often a factor. It can actually take up to 12 or more hours to clear caffeine fully from the system in sensitive people, or those on birth control or who are pregnant or menopausal. A good indicator that it’s too excitatory for you is if you notice a hot flash or jittery feeling starting just after you take it. Ladies, that is actually your liver speaking to you! Best to switch to Swiss decaf or change your beverage altogether.

Last, but not least, caffeine can be used therapeutically for those suffering depression, keto blues (shortly after switching to a keto diet), migraine headaches, and as a natural treatment for ADHD. It’s also well known to induce peristalsis - the natural muscle contractions of the intestine - to help get you going in another way.

But, in a society wherein so many people have such a hard time switching off and relaxing, I can’t help wonder if we haven’t become a bit too obsessed with this little slug of drug.

So, this is truly a powerful medicinal plant, not just a tasty make-happy beverage, and if you have a pre-existing heart condition, it’s best to forgo caffeine in favour of other ways to boost your energy.

Unfortunately, you will likely experience withdrawal symptoms and none of the alternatives are quick fixes. But, they will have cumulative impact that increases over time, quite the opposite of the impact of caffeine that decreases over time. Stay tuned next week for that discussion and I will show you how to become Shawn of the Dawn, not Shawn of Yawn.

Ask the Nutritionist: My kids are picky eaters — what do I do?
May 19, 2019 7:30 AM
Comments
We welcome your feedback and encourage you to share your thoughts. We ask that you be respectful of others and their points of view, refrain from personal attacks and stay on topic. To learn about our commenting policies and how we moderate, please read our Community Guidelines.