At 1:55 p.m. on May 7, your phone will make an extremely annoying noise

Impossible-to-ignore emergency alerts are coming to your phone whether you want them or not. You can't opt out
May 1, 2018 10:00 AM By: David Helwig 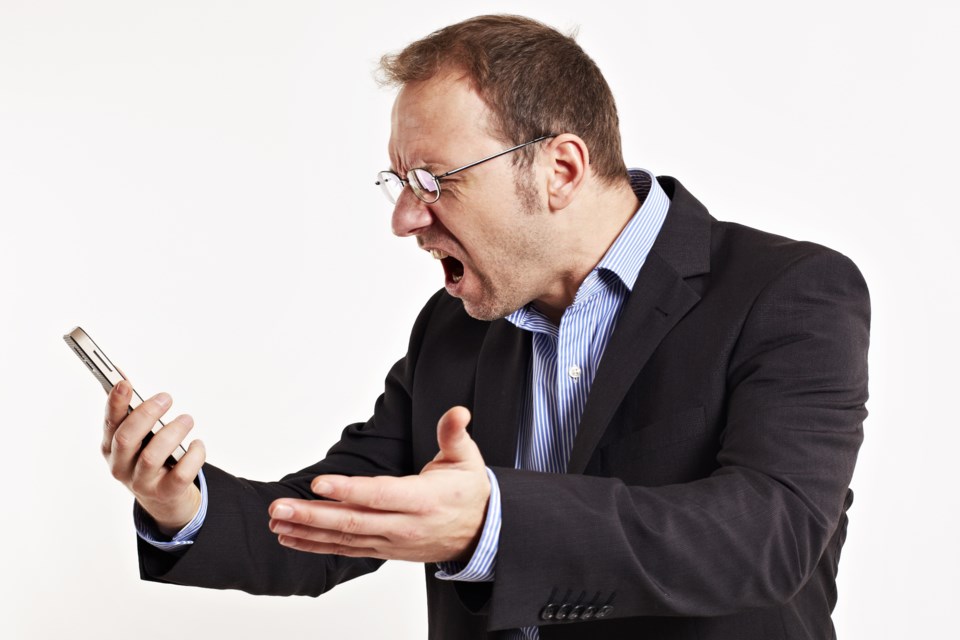 On some mobile devices, the new emergency alert signals may actually override your user settings and make themselves heard even if your phone is set to silent

You might have heard it on your radio or television in connection with Amber Alerts or other warnings about life-threatening situations.

It's about as annoying a sound as you're ever likely to hear, designed to get your undivided attention.

On Monday, May 7 at exactly 1:55 p.m., those impossible-to-ignore square wave tones will blare from mobile phones and other compatible wireless devices across Ontario.

Lauren Perry, Sault Ste. Marie's emergency management coordinator, says it will be part of annual test alerts done by broadcasters during Emergency Preparedness (EP) Week each May, except this year, wireless service providers will participate for the first time.

"Our hope is this will be a reminder to all our community members to see how prepared they might be," Perry told her City Council during a presentation this week.

"If we all received an alert in the next five minutes that there was an emergency in our community, would you have an emergency kit ready to go?" Perry asked.

"Do all members of your family know what to do? Are you aware of the immediate risks in our community and the actions you can take to be safer? Now is the time to prepare, before an emergency occurs."

The new wireless emergency alerts will look like text messages but actually will be distributed using a different technology.

"Cell broadcast is a mobile technology that allows messages to be broadcast to all compatible wireless devices within a designated geographical area. Cell broadcast is designed for simultaneous message delivery to multiple users in a specified area, and is not affected by network congestion because it uses dedicated part of the network, separate from that used for traditional voice and data traffic," the website says.

"Cell broadcast can be compared to radio broadcast. Radio towers broadcast music to people in defined geographic areas as long as the individuals can pick-up the broadcast signal and have their radios turned on. Cell broadcast messages similarly are delivered to those compatible wireless devices that are within range of cell towers and antennas in the designated area. Location services do not have to be enabled on your wireless device to be able to receive alerts."

If an emergency alert is issued while your phone is turned off, it will be displayed when your device is turned on, so long as the alert is still active.

If your phone is set to silent, you probably won't hear the alert sound, but on some devices you might.

The following are examples of emergency situations that could trigger alerts:

Can you opt out of receiving these alerts?

The short answer is no.

"Emergency alerts received on your compatible wireless device are relevant to you and require immediate attention," Alert Ready says.

"Government regulations mandate that all compatible wireless devices receive all relevant alerts. Unlike radio and television broadcasting, which often has broad areas of coverage; wireless public alerting is geo-targeted and can be very specific to a limited area of coverage. As a result, if an emergency alert reaches your wireless device, you are located in an area where there is an imminent danger."

To receive emergency alerts, wireless devices must be:

To check your phone's compatibility with the new alert system, please click here.

About the Author: David Helwig

David Helwig's journalism career spans seven decades beginning in the 1960s. His work has been recognized with national and international awards.
Read more

BEYOND LOCAL: With rising human drug use, a collateral rise of dogs ingesting cannabis and opioids
Jul 25, 2021 9:25 AM