Simcoe County, members of public must be involved in decision, says Bradford West Gwillimbury council
0
Oct 17, 2018 9:30 AM By: Jenni Dunning 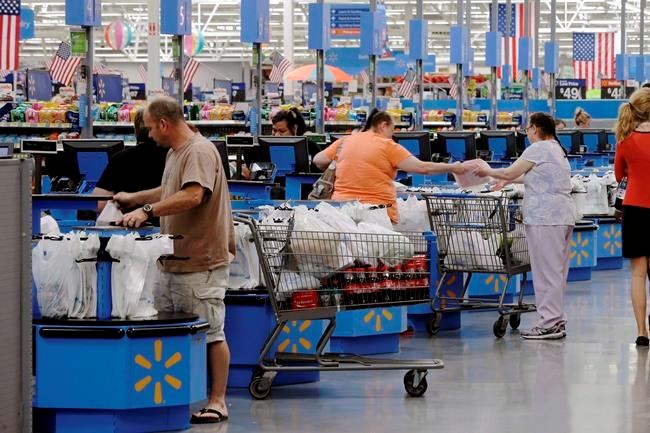 The saying “Paper or plastic?” could one day be a thing of the past in Bradford West Gwillimbury, as town council recently accepted a staff report about a potential plastic bag ban.

With more and more communities and businesses starting to ban other plastic items, such as straws, several members of BWG council expressed support for pushing a ban on plastic bags.

“I think we can ride this wave,” said Deputy Mayor James Leduc, suggesting the town start a public consultation process on the topic.

“We would be a game breaker on this. If we can get our residents behind us, we can take it to the county. We need the county involved in this.”

The County of Simcoe is in charge of garbage, recycling and organics management in BWG.

Leduc said a plastic bag ban would be a “long-term target” that could involve initiating a public consultation process at the county level as well as locally.

“It is an opportunity to maybe take that step that most of Ontario hasn’t,” he said.

Several communities across Canada, including Montreal, Que. and Victoria, B.C., have adopted plastic bag bans, but Ontario has not adopted one, read a staff report submitted to council Oct. 2.

“In Canada, a national ban has only been placed on the manufacture and sale of microbead
plastics. All other plastic reduction strategies are being left up to municipalities and no
provincial nor federal bans have been proposed to date,” read the report.

As early as 2007 — the year Leaf Rapids, Man. became the first Canadian community to introduce a plastic bag ban — some large Canadian grocers and retailers, such as Metro, Walmart and the LCBO, started charging five cents a bag or offering only paper bags, respectively, read the report.

Toronto was planning to introduce a plastic bag ban in 2013 before it was cancelled in late 2012, and the city faced two legal challenges from the Ontario Convenience Stores Association and the Canadian Plastic Bag Association, the report read.

During a council meeting earlier this month, Coun. Peter Ferragine said the Town of BWG should send a letter to Premier Doug Ford and neighbouring municipalities about its idea to consider a plastic bag ban.

Coun. Gary Lamb also suggested the town hold a public meeting on the issue in 2019 to gage interest and hear questions and concerns.

“You want to be leading edge, you don’t want to be bleeding edge,” quipped Coun. Gary Baynes.

There are no more council meetings until after the municipal election. The newly elected council will have its first regular council meeting Dec. 18.

Bradford council gets an art lesson
Oct 16, 2018 12:39 PM
Comments
We welcome your feedback and encourage you to share your thoughts. We ask that you be respectful of others and their points of view, refrain from personal attacks and stay on topic. To learn about our commenting policies and how we moderate, please read our Community Guidelines.