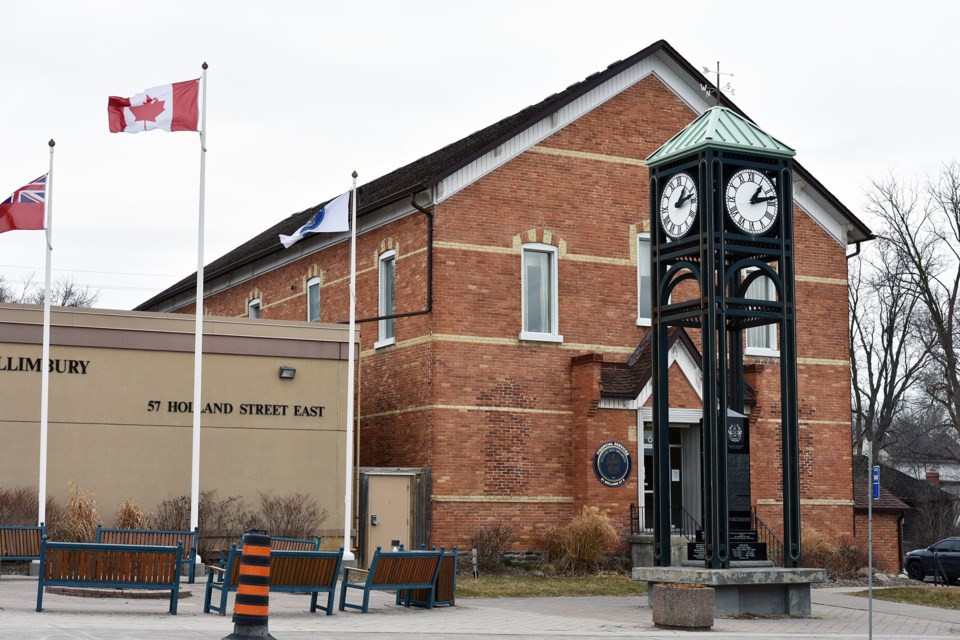 The courthouse and Treasury Building in downtown Bradford West Gwillimbury are getting a facelift.

And replacing the front steps and building a wheelchair ramp in front of the Treasury Building are first up on the list.

At a meeting earlier this month, council voted on a landscape renewal plan that has been in the works since the spring. A town staff recommendation did not include a ramp right now due to limited time to complete all the projects on the list this year.

However, several council members said they felt a ramp was critical to include sooner than later.

While most of the work will be done using a provincial Main Street Revitalization grant worth nearly $61,000, council voted to first use what is left of the Town of BWG’s Accessibility Committee reserve before drawing on the grant.

​Ian Goodfellow, the town’s director of finance, said there is currently about $30,000 left in the accessibility reserve.

The original plan presented to council for the courthouse and Treasury Building area cost about $279,000, but council told staff in August to look for ways to do some of the renovations using in-kind support from local businesses.

“While this certainly can be accomplished, accommodating the benevolent efforts of local companies would require considerable flexibility in the manner in which the project is managed — including timing,” read a staff report.

Therefore, town staff presented new, scaled down recommendations to council in October and noted additional work could be done in the future.

“I really wanted to see local businesses be a part of this project,” said Coun. Peter Ferragine, adding it would likely be easier to pay for a ramp and find in-kind support for other beautifying projects.

Geoff McKnight, the town’s CAO, said a ramp could be built before the end of this year, and he suggested to council that in-kind support be sought in early 2019.

“This can be achieved as a whole package,” said Coun. Mark Contois, noting another $50,000 will be put into the downtown revitalization budget next year.

A “significant amount” of that money has been earmarked for the downtown banner program, added Terry Foran​​​, director of community services.

Coun. Gary Lamb said, although some project items will be put off until next year, the ramp can still help beautify the area.

“We’ve got AODA (Accessibility for Ontarians with Disabilities Act) hanging over our head. This ramp can be pretty attractive. It would help beautify the front of the building,” he said.

“We’ll be accomplishing some good for our downtown with this project,” added Mayor Rob Keffer.

There are no more BWG council meetings until after the municipal election. The first regular meeting of the newly elected council will be held Dec. 18.