Council upset they weren't made aware of the decision of moving region to Grey Zone
Mar 3, 2021 6:00 PM By: Natasha Philpott 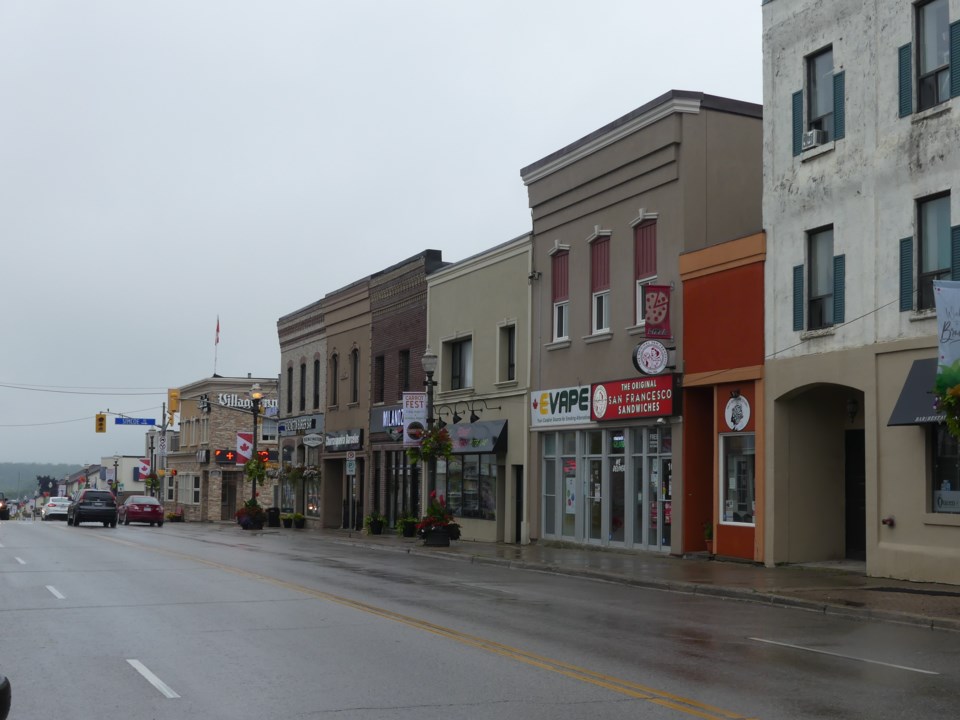 In Tuesday night's meeting of BWG Council, three residents wrote in to council expressing their frustrations over the recent lockdown in Simcoe-Muskoka.

Alessandro Cavallho, owner of Capelli Lounge hair salon in downtown Bradford wrote in, questioning why local businesses have been forced to closed.

"We have all done so much to ensure safety protocols and work one on one with our clients and have contact tracing, please shed some light and provide an explanation as the science and decision made to close doesn't add up," he said.

Another resident accused council of not putting enough pressure on the provincial government and local health unit to allow small businesses to reopen.

Deputy Mayor James Leduc assured residents that council and the mayor "pressed hard" from Friday night onward to make changes to the decision made by the government based on the recommendations by Chief Medical Officer of Health Dr. Charles Gardner which forced shutdowns of all personal care services, gyms and restaurants.

Later in the meeting, council passed a motion in support of local business, asking the government to make it easier for business owners to obtain support, including easier application approval processes, new support programs that ensure businesses can survive the forced closures, and a reduction in eligibility criteria.

They also requested that in future, the Chief Medical Officer of Health and Office of the Premier need to consult with council first before making changes to the region's zone colour.

"Elected officials are the residents and business people's spokespersons and they are expecting their elected representatives to be more involved with the process and give the opinion of our residents when decisions are made," stated Mayor Rob Keffer. "This was a major decision and it went beyond just the COVID virus, but the mental health and well-being of the community at large."

"Small, independent businesses are the economic heartbeat of our town. Forcing this closure so soon after allowing them to open is devastating to hard-working employers and employees that have done their best to operate safely while struggling to survive financially," read part of the letter.

He noted that in Dr. Gardner's press release on Tuesday afternoon, while case counts in the area have decreased over the past few days, the UK variant is still showing up.

In his letter on Sunday, he noted that the majority of the most vulnerable populations have been vaccinated or are underway, and asked at minimum, for restrictions to be adjusted to allow for small businesses to reopen.

"Hopefully with the pressure from members of the public and members of council, the provincial government will look at easing restrictions," noted the mayor.

He mentioned how some businesses may be reluctant to seek financial support, but urged them to reconsider applying.

"These are dire times, we've never had a situation like this," he said, and encouraged small businesses to take advantage of the support available from the government.

Coun. Raj Sandhu reflected on the past year of struggle. He vouched for the business community who has been abiding by all the rules since the first lockdowns began in March 2020.

"The frustration is the mixed messaging," he said. "The businesses are closing, they're hurting...yet you see schools open but the dance school is not okay, big box stores are open but little shops can't open."

He said it was "embarrassing" for the health unit to make the call on the colour zone change without giving the leaders of the region a heads up.

"None of those folks that are making those decisions will miss a paycheck," he said.  "By putting these orders in place, we're not only causing hardships for businesses but creating mental health issues."

He said there needs to be better communication from the health unit and the province with the business community.

"I am scared to see what happens when desperation sinks in," said Coun. Peter Ferragine, about the effects of people not being able to earn a living.

"They can only endure so much before they close their doors permanently," said Coun. Mark Contois about local business, noting the grants given are not an income, and hard to get by on.

"They were fine at the start but we're talking a year later now with no income," he said. "Dr. Gardner and a few others need to understand if you're going to do something like this you don't do it at 5 p.m. on a Friday."

Leduc noted that Dr. Gardner has asked the province for more doses due to the high presence of the UK variant in the region.

"I am happy with the work everyone has done with this resolution and hopefully we are being heard," said Leduc.