Bradford Minor Atom AE team are one of 16 teams to win a chance to train like a pro at Scotia Bank Arena in Toronto
Mar 23, 2020 12:15 PM By: Natasha Philpott 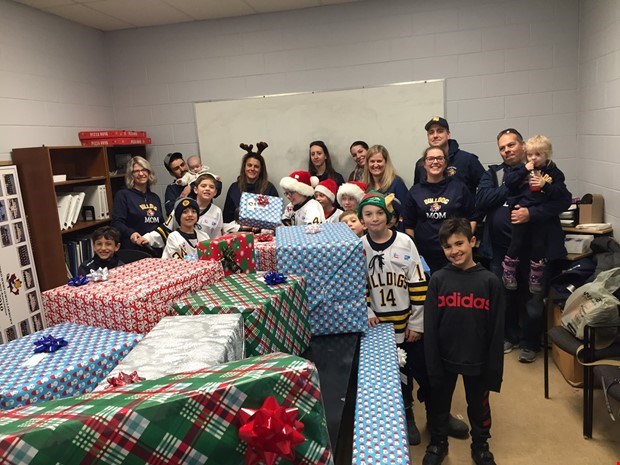 The Bradford Bulldogs Minor Atom AE hockey team are one of 16 winning teams of the Grow into a Pro Ford Drills & Skills competition, giving them a whole day of professional training at home ice of the Toronto Maple Leafs, Scotia Bank Arena.

Novice, Atom and Peewee hockey teams from all over the province were entered into the contest.

The object of the contest was to showcase the team's community commitment and passion for the game by sharing their story online and obtaining as many votes as possible.

In the team’s submission letter, they highlighted their dedication to the town and giving passion for giving back.

In December, the team raised money to sponsor families in need for Christmas. Together they were able to purchase wish list items and gifts for eight people in the community.

Voting opened up earlier in the year, and ended on Feb. 14.  The team was notified of their win via email on Friday afternoon.

Due to the current situation with COVID-19, the Ford Drills and Skills team were unable to provide the Bradford team with a practice date, but will be reaching out to schedule once they have more information on how the NHL season will proceed.