Call for ambulance restructuring in its early stages, says MPP

'You don't want to rush things and you don't want to overlook anything, so it will take a few months, because you want to get it right,' says Barrie-Innisfil MPP
0
Apr 18, 2019 5:00 PM By: Raymond Bowe 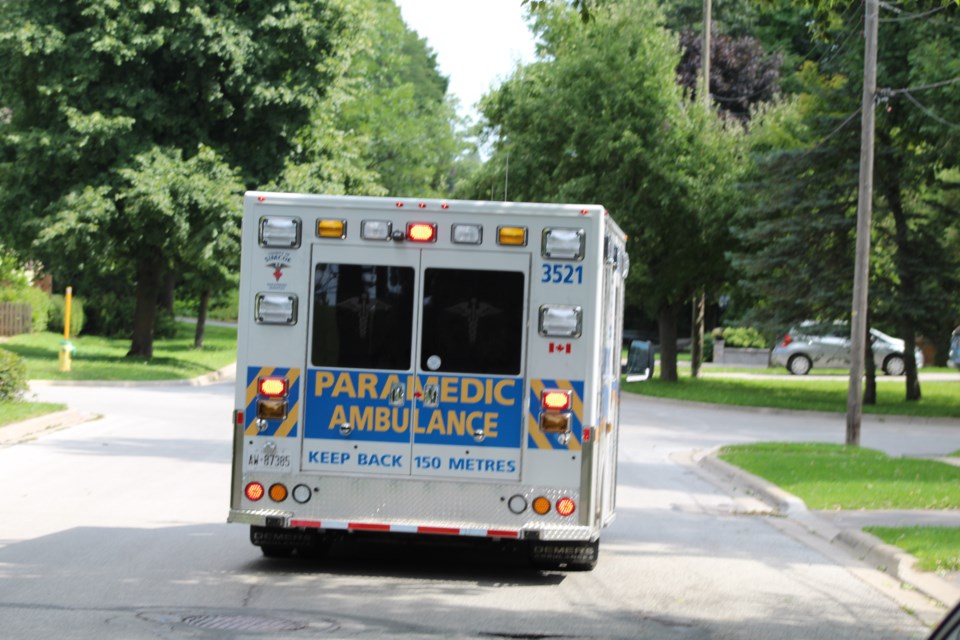 A Simcoe County ambulance leaves a crash scene in Barrie in this file photo. Raymond Bowe/BarrieToday

Talk of amalgamating ambulance services in Ontario had some municipal officials scrambling into action to get to the bottom of things.

By Wednesday, there seemed to be a heightened level of reassurance that no paramedics would be losing their jobs, regardless of what the Ford government's restructuring plan, which was hinted at in last week's budget, ends up looking like.

An internal email within the Association of Municipalities of Ontario (AMO) began making the rounds after Premier Doug Ford said he was looking into a review of ambulance services in the province.

It soon found its way onto social media, with news reports indicating 59 local ambulance services could be cut down to 10 regional operations.

In the hours since the talk of paramedic services restructuring was announced, Barrie-Innisfil MPP Andrea Khanjin said "there was a lot of emotion" around the idea.

"I think there has been a lot of relief, in the sense that people were worried their job was on the line," Khanjin told BarrieToday this afternoon. "As soon as the premier and other people in our government were out there saying no paramedics were going to lose their jobs, a lot of people have taken solace in that."

However, what the restructuring of paramedic services does mean, if anything, remains to be seen.

"This is just opening up the conversation," said Khanjin, adding the Progressive Conservative government wants to include front-line paramedics to discover ways "to really improve our emergency care."

Simcoe County's budget for paramedic services, which also provides service in the cities of Barrie and Orillia, is just over $73 million for 2019.

Simcoe County officials were not available for comment by publication time.

Local paramedics are a key piece to the puzzle when it comes to better co-ordination of services, Khanjin said.

"They're there in Barrie and they're there in Innisfil and all over Simcoe County, so really we're looking to them as local municipal leaders," the MPP said.

There's no timeline attached to any changes and nothing is imminent, she noted.

"If you look at the objective, we want front-line responders to bring patients directly to where the most appropriate location is," Khanjin said. "As we look at different models of care, whether it's a mental-health crisis or a health-care facility, all of this is going to play into the modernization of our health-care system."

That could help alleviate pressure on Royal Victoria Regional Health Centre (RVH) in Barrie, for example, which Khanjin noted is often operating at maximum capacity.

Khanjin said the review would come down to how critical emergency services can be improved.

"It's just part of our modernization efforts to get back into the 21st century," she said. "We've said it over and over, that we really respect our front-line service members ... and we want to create a more effective system."

After receiving more clarity on the idea of reviewing ambulance services, municipal officials have since been told by provincial politicians that there will be ongoing discussions around any move.

"The Ontario government has assured us that it will be working with and collaborating with AMO, municipal governments and stakeholders as it looks at ambulance services and public health services," AMO executive director Pat Vinini said in a statement.

Early in its mandate, Khanjin said the provincial government said it would take a look at all service models.

"This is the next step to that," she said. "A lot of things have had advancements, but unfortunately some of our front-line workers and services, such as paramedics, haven't been included. This is just the beginning of the entire dialogue."

Health minister Christine Elliott also tweeted on the subject, and has even said it could lead to hiring more paramedics.

"As we modernize our health-care system, we will empower paramedics to improve the already great emergency care they provide," she wrote. "We are working with front-line paramedics and our municipal partners to ensure emergency health services can better meet the needs of Ontario’s communities."

The province also doesn't want to hurry anything, Khanjin said.

About the Author: Raymond Bowe