Changing perceptions... Taking trees from 'nice to have' to 'must have' 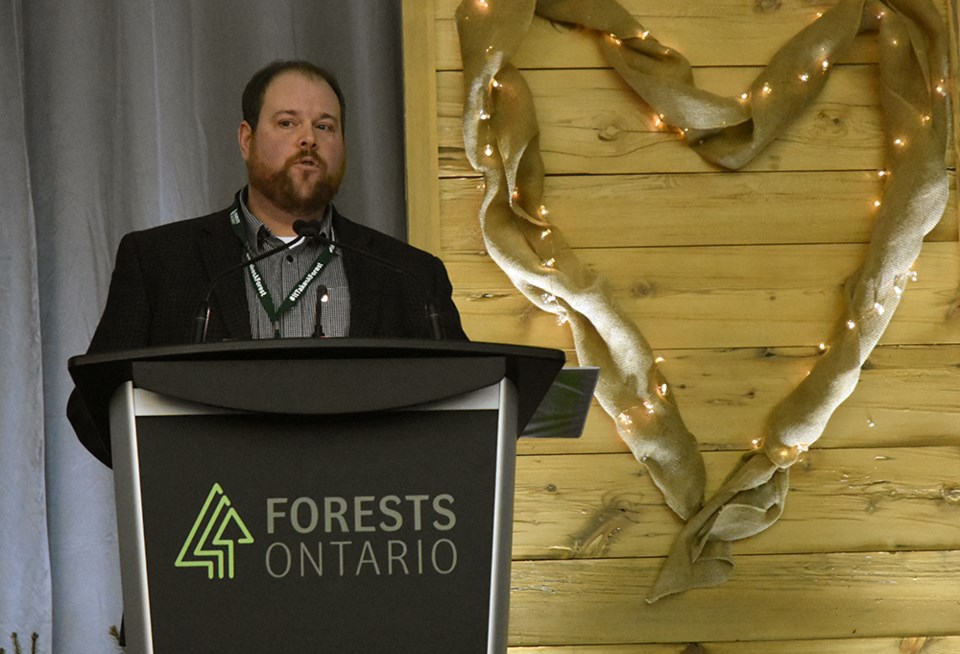 Traditionally, trees in a municipal setting are seen as a “nice to have,” and end up at the bottom of the list of budget priorities.

That’s no longer the case in York Region, where “Green Infrastructure” has gone from “nice to have” to “must have,” said James Lane, Manager of Natural Heritage and Forestry for the Regional Municipality of York.

Lane was speaking at the Forests Ontario 2020 Conference on Friday. He acknowledged, “There are a lot of competing interests out there” at budget time – and ‘Green Infrastructure’, from boulevard trees to parks, wetlands and regional forests, has not been treated as an asset, in the same way as roads, bridges and watermains.

It was only when York Region’s forestry department adopted the principles of asset management that it became possible to develop a long-term sustainable plan for managing green infrastructure, and secure stable annual funding in the budget.

The trick was to “put the need for trees and forests in a language that the engineers can understand,” Lane said, and that the accountants can accept.

That required “recognition of what trees and forests do,” separate from the value of the timber: flood mitigation, carbon sequestration in the fight against climate change, pollution removal, improved biodiversity and animal habitat, avoided energy costs through shading and windbreaks, microclimate improvements in an urban environment.

It also required Forestry to put a dollar value on green infrastructure.

Looking at all the ways that trees and forests contribute to climate, health and the economy, York Region came up with an asset evaluation of $488 million.

“I think it’s still undervalued,” Lane said, noting that the estimates did not include a valuation for wetlands, and gave up when it came to trying to figure out how to evaluate “self-perpetuating” forest stands.

But it was enough to gain acceptance of Green Infrastructure Asset Management, ensure a stable budget, and even a Reserve. “That was a really big one for us,” said Lane.

In 2017, York Region completed the “first full asset management plan for green infrastructure - probably the first in Canada,” Lane said. “It put the need for our forest in language our finance guys understand.”

There are still issues. “Every other asset slowly depreciates in value,” Lane noted. “Trees are very different – they appreciate.”

A young tree planted on a boulevard may have a value of only $300; after 40 years, that same tree is worth thousands of dollars. “That drives most of the accountants I work with bonkers,” Lane said.

He also noted that even now, “I find a lot of politicians don’t understand the benefits” of green infrastructure.

York Region has set the bar, in recognizing the importance of green infrastructure – and recently received financial recognition. The forestry program received $25 million in disaster mitigation and adaptation funding, $15 million from the region, $10 million from Investment Canada.

Lane answered a number of questions from the audience, including a query regarding increased diversity in boulevard tree plantings.

He acknowledged the challenge. Only a small number of species can thrive along major thoroughfares, surviving the salt, pollution and other limitations. Boulevard plantings will continue to be limited in diversity, Lane suggested, but the Region is planting a more diverse forest cover in its parkland.

Lane was also asked how he managed to get his finance department to accept the asset management model.

“I think I just nagged them to death,” he said.