Check out these BWG Library Picks of the Week

Are you looking for some summertime reading? Check out these selections from the BWG Library!
Jul 4, 2020 9:30 AM By: BradfordToday Staff 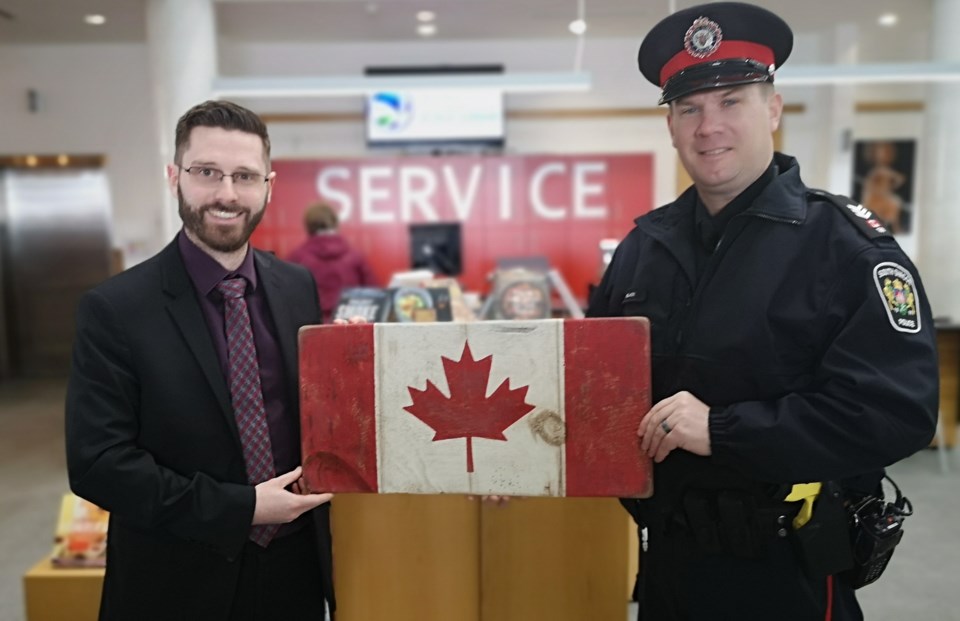 It’s summer time and the reading is easy - especially if you’re reading digitally, or getting your books by curbside pick-up.

BWG Library staff are ready to set you up with some good reading materials, and our Summer Reading programs will give you lots of incentive to read. See the Library website, and social media for information about our summer reading programs for all ages.

Here are some great new titles, available in print and digitally from the library. The descriptions that follow are provided by the publishers.

A current, constructive, and actionable exploration of today's racial landscape, offering straightforward clarity that readers of all races need to contribute to the dismantling of the racial divide

In So You Want to Talk About Race, Editor-at-Large of the Establishment, Ijeoma Oluo, offers a contemporary, accessible take on the racial landscape in America, addressing head-on such issues as privilege, police brutality, intersectionality, micro-aggressions, the Black Lives Matter movement, and the "N" word.

Perfectly positioned to bridge the gap between people of color and white Americans struggling with race complexities, Oluo answers the questions readers don't dare ask, and explains the concepts that continue to elude everyday Americans.

Oluo is an exceptional writer with a rare ability to be straightforward, funny, and effective in her coverage of sensitive, hyper-charged issues in America. Her messages are passionate but finely tuned, and crystalize ideas that would otherwise be vague by empowering them with aha-moment clarity.

Her writing brings to mind voices like Ta-Nehisi Coates and Roxane Gay, and Jessica Valenti in Full Frontal Feminism, and a young Gloria Naylor, particularly in Naylor's seminal essay "The Meaning of a Word."

Rodham by Curtis Sittenfeld (eBook and in regular and large print)

In 1971, Hillary Rodham is a young woman full of promise: Life magazine has covered her Wellesley commencement speech, she's attending Yale Law School, and she's on the forefront of student activism and the women's rights movement.

And then she meets Bill Clinton. A handsome, charismatic southerner and fellow law student, Bill is already planning his political career. In each other, the two find a profound intellectual, emotional, and physical connection that neither has previously experienced.

In the real world, Hillary followed Bill back to Arkansas, and he proposed several times; although she said no more than once, as we all know, she eventually accepted and became Hillary Clinton.

But in Curtis Sittenfeld's powerfully imagined tour-de-force of fiction, Hillary takes a different road. Feeling doubt about the prospective marriage, she endures their devastating breakup and leaves Arkansas.

Over the next four decades, she blazes her own trail—one that unfolds in public as well as in private, that involves crossing paths again (and again) with Bill Clinton, that raises questions about the tradeoffs all of us must make in building a life.

Brilliantly weaving a riveting fictional tale into actual historical events, Curtis Sittenfeld delivers an uncannily astute and witty story for our times. In exploring the loneliness, moral ambivalence, and iron determination that characterize the quest for political power, as well as both the exhilaration and painful compromises demanded of female ambition in a world still run mostly by men, Rodham is a singular and unforgettable novel.

On an island off the coast of Ireland, guests gather to celebrate two people joining their lives together as one. The groom: handsome and charming, a rising television star. The bride: smart and ambitious, a magazine publisher. It's a wedding for a magazine, or for a celebrity: the designer dress, the remote location, the luxe party favours, the boutique whiskey.

The cell phone service may be spotty and the waves may be rough, but every detail has been expertly planned and will be expertly executed.

But perfection is for plans, and people are all too human. As the champagne is popped and the festivities begin, resentments and petty jealousies begin to mingle with the reminiscences and well wishes.

The groomsmen begin the drinking game from their school days. The bridesmaid not-so-accidentally ruins her dress. The bride's oldest (male) friend gives an uncomfortably caring toast.

And then someone turns up dead. Who didn't wish the happy couple well? And perhaps more important, why?

Welcome back to Camino Island, where anything can happen—even a murder in the midst of a hurricane, which might prove to be the perfect crime . . .

Just as Bruce Cable's Bay Books is preparing for the return of bestselling author Mercer Mann, Hurricane Leo veers from its predicted course and heads straight for the island. Florida's governor orders a mandatory evacuation, and most residents board up their houses and flee to the mainland, but Bruce decides to stay and ride out the storm.

The hurricane is devastating: homes and condos are leveled, hotels and storefronts ruined, streets flooded, and a dozen people lose their lives. One of the apparent victims is Nelson Kerr, a friend of Bruce's and an author of thrillers. But the nature of Nelson's injuries suggests that the storm wasn't the cause of his death: He has suffered several suspicious blows to the head.

Who would want Nelson dead? The local police are overwhelmed in the aftermath of the storm and ill equipped to handle the case. Bruce begins to wonder if the shady characters in Nelson's novels might be more real than fictional. And somewhere on Nelson's computer is the manuscript of his new novel. Could the key to the case be right there—in black and white? As Bruce starts to investigate, what he discovers between the lines is more shocking than any of Nelson's plot twists—and far more dangerous.

Camino Winds is an irresistible romp and a perfectly thrilling beach read—# 1 bestselling author John Grisham at his beguiling best.

The Orphan Thief by Glynis Peters (eBook and regular print)

From the internationally bestselling author of The Secret Orphan, a must-read for fans of My Name is Eva.

When all seems lost... As Hitler's bombs rain down on a battered and beleaguered Britain, Ruby Shadwell is dealt the most devastating blow – her entire family lost during the Coventry Blitz.

Hope still survives... Alone and with the city in chaos, Ruby is determined to survive this war and rebuild her life. And a chance encounter with street urchin Tommy gives Ruby just the chance she needs...

And love will overcome. Because Tommy brings with him Canadian Sergeant Jean-Paul Clayton. Jean-Paul is drawn to Ruby and wants to help her, but Ruby cannot bear another loss. Can love bloom amidst the ruins? Or will the war take Ruby's last chance at happiness too?

Gardner supports prioritized COVID testing for those most likely to test positive
Sep 24, 2020 7:00 PM
Comments
We welcome your feedback and encourage you to share your thoughts. We ask that you be respectful of others and their points of view, refrain from personal attacks and stay on topic. To learn about our commenting policies and how we moderate, please read our Community Guidelines.