COLUMN: The difference between food allergies and intolerances

In her weekly column, Bradford West Gwillimbury licensed nutritionist Nonie De Long shares her knowledge on food allergies and intolerances and how to test for them
Feb 21, 2021 11:54 AM By: Nonie De Long 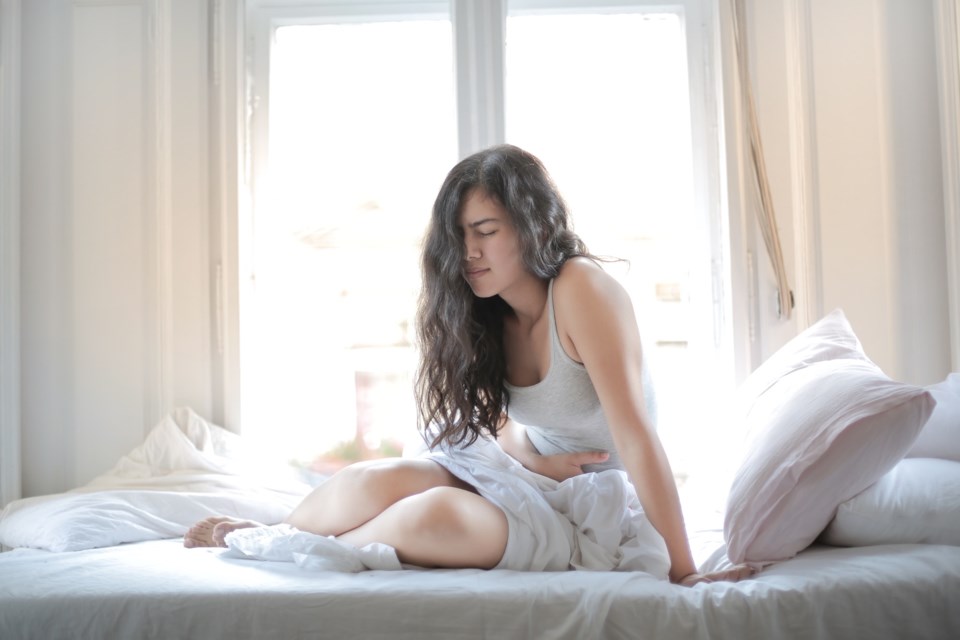 Your column gives me a lot to think about. One thing you’ve touched on a couple times is food intolerances but I’m not really sure what the difference is between an allergy and intolerance and how to test for it. Can you please go into that in your article?

Thank you for the great question! Ok, we will do a deep dive into food intolerances, sensitivities, and allergies today. But first I need to address a mistake in my article on mental health last week. I misquoted the data on suicides in Canada. It should have read 4,000 Candians die by suicide per year, using data published by CAMH. I mistakenly printed the number as 4,000 per day! Thank you to the reader who wrote in to point out the mistake! I’m sorry for any distress this might have caused readers. Now onto food intolerances.

Food Allergies
Most people know what an allergy is because the reactions are usually immediate (within 2 hours of exposure) and are severe enough to recognize. Some of the symptoms of a food allergy include:

The most common allergens include peanuts, tree nuts, shellfish, milk and eggs. The good news is that only about 2.5% of the population are known to suffer from food allergies.

Food allergies are understood as an immune system reaction. When exposed to the irritant, a body with an allergy makes antibodies (IgE) to help the immune system identify and remove the offending substance to protect itself. This is sort of like the antivirus software on a computer. The immune system tags offenders so that they are easily recognized and eliminated in the future. Thereafter, when that substance is ingested the body mounts an immediate inflammatory response - the allergic reaction - in the process of eliminating the invader. The scientific understanding of food allergies is that mast cells and basophils release proinflammatory mediators in response to exposure to the allergen. This is called an IgE-dependent allergic reaction. As such, allergies can be easily confirmed through blood analysis that looks for IgE reactions to foods. The presence of this type of antibody indicates a hypersensitivity to that allergen.

Data tells us that between 1997 and 2011, food allergies increased by 50% in children (American stats). We don’t know why they are increasing but some theories include preservatives used in vaccines, glyphosate and pesticides used in agriculture causing harm to our digestive and immune systems, and a weakened gut biome, which then creates weakened immunity and stronger reactivity. Of these, the last is the only one I can speak to. The gut biome clearly plays a role in food intolerances, but I can’t say if it’s involved in allergies. Hopefully the science will continue to search for answers.

These reactions can worsen or improve over time. People can grow out of them. It’s not really understood why. These allergies can become so bad that even trace amounts of the irritant can trigger a reaction, as is often the case with peanut allergies. Sometimes the reaction can even be fatal. There are therapies designed to help with this by increasing tolerance to offending substances, but I can’t speak to their efficacy. I have not read enough data or personally heard or witnessed any testimonials of using these methods for allergies. Most health professionals are taught to encourage clients to strictly avoid any known food allergies for their own safety. I would concur with this advice.

Food Sensitivities and Intolerances
Food sensitivities/ intolerances are often delayed and less severe. They are more common than true allergies and more difficult to discern because the reactions are less obvious and can take many forms. Essentially, any inflammation in the body can be attributed to food intolerances. As such, many clients report being dismissed by physicians before uncovering sensitivities. This could be because intolerances are less well understood and testing is not as refined, or because clients often have more than one intolerance that makes common testing methods like elimination diets difficult to employ as tools to determine what is causing the reaction.

Symptoms of food intolerances/ sensitivities can include, but are not limited to:

Sometimes these reactions can also be confirmed by blood testing which looks for IgG or IgA antibodies. These are still immune system reactions, but they are less immediate and threatening than IgE antibody reactions. They can take days or months to occur. These tests can help in figuring out if the immune system is reacting to foods, but it is less exact than IgE antibody testing.

Another problem with this testing is that it can only identify an intolerance if the client has been recently exposed to the food and that exposure is enough to have instigated the immune reaction. If the client has removed the food due to a suspected reaction or is limiting exposure to it because it makes the client feel unwell, then when the client is tested they may not show a reaction, even though there would be one when regularly exposed. This is not ideal, since many people with intolerances will come in saying things like, “Oh I don’t eat that because I don’t like it or I don’t eat it because it doesn’t make me feel well.”

Conversely, many people crave the very foods they are most intolerant to! I have yet to find a scientific explanation for this except pertaining to wheat, dairy, and sugar. Components in these three foods trigger dopamine in the brain. Dopamine is the part of the brain thought to be most closely associated with addiction behaviour. Essentially, it’s the feels-good-do-it-again chemical in the brain.

With dopamine related cravings, the stimulant always has to be increased. Over time, the same exposure is not enough. I see this a lot in kids on the Autism Spectrum. They will often over time only eat foods that contain sugar, wheat, and dairy. I knew one little boy who only ate Mcdonalds french fries and saltines crackers. Those were the only foods other than milk that he would touch. Needless to say, these foods were triggering him like crazy and the addition of more nutritious foods was difficult for mom to undertake because of the level of his dopamine reaction to the foods.

The most common foods that cause IgG/ IgA reactions are:

There are other ways of determining food sensitivities: electrodermal screening, elimination, and bioresonance all can be used to ascertain if there’s a reaction to food. I’ve had positive experiences with all three. None is better than a professionally supervised elimination diet, but these are very difficult to do and require oversight. I attempted to undertake this for my son when he was very young. I removed all the sugar. He seemed better, but still had horrible violent outbursts. I removed wheat and the same happened. I removed dairy and the same thing repeated itself again. Never was the improvement so profound that it made the trouble of the diet worthwhile. But when I was instructed to remove all 3 at once by a doctor who understood these things - whammo - my son was a different person overnight! Literally, he was transformed overnight! Violent outbursts declined by about 80% and he sat and played quietly for the first time in his life. Within a year the violence was gone altogether (unless he was exposed to the foods) and seizures and learning disabilities vanished, too. An MRI report suggested the grey matter he had prior was now gone. The neurologist could not explain it. His advice? “Whatever you’re doing - keep doing it.”

It’s thought that sensitivities/ intolerances are due to the body’s inability to properly digest the food due to intestinal permeability or dysbiosis. For example, we know that gluten can cause tiny holes in the intestinal wall, allowing food particles to escape into the bloodstream before being properly digested or transported. This can cause the body to believe they are foreign and tag them, creating low grade reactions to those foods. This is why people who have gluten intolerance often find any food they really like and eat a lot is one they react to. On the flip side, when this is the case, healing the digestive tract leads to a huge reduction in reactivity and intolerance symptoms. The difference is quite incredible to witness.

I remember seeing a documentary in a class I attended on food intolerances. It was set in New Zealand and took children who had been identified by schools and police as being unmanageable with striking behaviour challenges. The parents of these children were instructed and assisted to remove all processed foods and follow a specific diet. When the researchers gathered with the families again they could not believe the difference. Youth who had been attacking one another and running around destroying the room were now sitting and playing and behaving like normal children. The parents reported incredible improvements including affection from children who were prior seemingly unable to reciprocate affection from their family. This film stood out to me because it mirrored my own experiences with my son. Sadly, I have not been able to find it since. If any reader knows of it please contact me to direct me. It would be a powerful tool to use in my practice to help parents understand the role of food intolerances in behaviourally troubled youth.

In my practice I use bioresonance and elimination testing, and in some cases blood analysis to identify food intolerances. And nothing beats symptomatology. There are telltale signs for certain foods that make identifying sensitivities easier for a skilled practitioner. I also suggest that people with suspected intolerances add digestive enzymes with hydrochloric acid, and remove from their diet all processed and foodstuff with more than 3 ingredients. Too, adding fermented foods helps restore beneficial gut flora required to properly digest and assimilate nutrients from foods. These small interventions alone can have a profound impact.

The complexity of food intolerances and digestive dysbiosis is a relatively new area of interest, and as such, there isn’t a lot of data on it yet. I hope to see this change in the coming years, especially as the medical profession starts to understand the gut biome and its role in human health. Uncovering food intolerances and reducing reactivity can make a profound change in chronic health conditions that otherwise can be quite debilitating. I encourage readers to explore this for themselves.

Thank you, Hannah, for writing in. As always, if readers have their own health questions, I welcome them! Just send me an email at nonienutritionista@gmail.com. Past articles can be found on my blog. I’ll be pairing with the Barrie library to run online Kombucha classes (with starter kits) in April and running an online Stop the Sugar class this month. Readers who are interested can find these and more events by signing up to my monthly newsletter at hopenotdope.ca. Thank you for reading and have a lovely week!