COLUMN: This spud's for you

In this week's 'Everything King', Wendy wonders why even old toys have to be politically correct
Mar 3, 2021 4:30 PM By: Wendy King 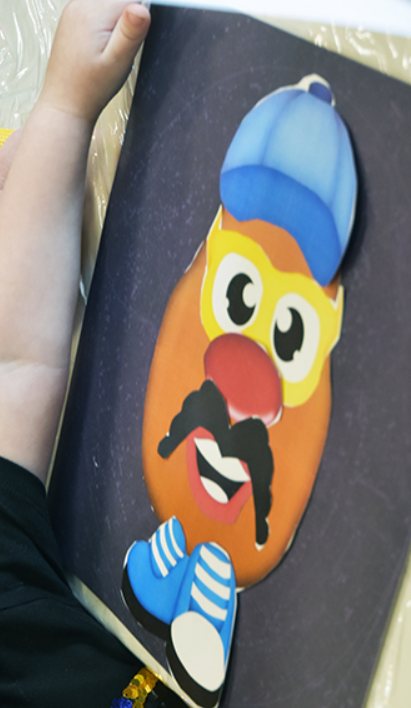 There is no end to the things to fret about right now.

Maybe it is concern about when this pandemic will end, or when/how/if we should get the COVID-19 vaccine.

Maybe it's how to get all the bills paid this month.

While we wring our hands with angst about all manner of things, someone at the toy company Hasbro was out there worrying about the gender of Mr. Potato Head.

I can honestly say that issue was not keeping me up at night.

I do think a lot about potatoes, actually. Probably more than most. It is among my favourite foods.

Much like shrimp was for Bubba in Forrest Gump:

Bubba: "Anyway, like I was sayin', shrimp is the fruit of the sea. You can barbecue it, boil it, broil it, bake it, saute it... There's pineapple shrimp, lemon shrimp, coconut shrimp, pepper shrimp, shrimp soup, shrimp stew, shrimp salad, shrimp and potatoes, shrimp burger, shrimp sandwich.”

Similarly, I never met a potato I didn’t like — mashed, scalloped, baked, boiled, shredded, hash browned, french fried, au gratin or sweet. Even as a pancake.

I have been traumatized about how many carbs one had. I dreamed of how many toppings I could slather on one, but never have I ever considered — not even for a second — if my tater was female or male.

Honestly, I don’t even know where baby spuds come from.

It just never mattered to me.

In 2021 came the news the iconic toy Mr. Potato Head should now be gender neutral.

It hit the store shelves in 1952, which was surely a simpler time. At first, apparently you had to supply your own root vegetable to accessorize. Later, they included the plastic potato body to dress up.

In a statement, the company explained: “Hasbro is making sure all feel welcome in the Potato Head world by officially dropping the Mr. from the brand name and logo to promote gender equality and inclusion.”

Did they seriously draft that statement with a straight face?

Then, in hasty fashion, the company clarified despite a change in the logo there will still actually be a Mr. and Mrs. Potato Head.

So, now this is like a potato soup of confusion. I am unclear.

It sounds like they are keeping their titles, just not in the logo or marketing?

It has been a while since I played with one, but isn’t the point of the toy to put different body parts in the right place on the plastic body shape?

Last I checked the only accessories included were ears, nose, mouth, hat and pants. That’s not really gender specific. There might be a moustache, but that could be a man or woman. Trust me.

So, who is it offending the way it is?

Do kids today actually play with this toy? Unless it's digital, I am betting they don't.

I can applaud some toy changes if they make sense.

When Mattel expanded its line of Barbie dolls, it made sense. There should be diversity in toys. I love that Barbie has so many incarnations. Look at all the occupations Barbie has had, including veterinarian and astronaut. Love it! Black Barbie, bald Barbie, Barbie in a wheelchair — all brilliant! It reflects children as they may be.

But, we don’t have to get rid of Barbie and Ken altogether do we? Must we rename them?

As with most things people take political correctness and then stretch it to ridiculous levels.

If it's truly about gender equality, I would propose Mrs. Potato Head make as much as Mr. Potato Head for work of equal value.

This branding change did get us talking about Mr. Potato Head again — something we probably haven’t done in decades and maybe that was the whole idea.

If the move was for anything other than a marketing ploy, then let me again quote the company news release.

“Welcome to the Potato Head world.”

About the Author: Wendy King

Wendy King writes about all kinds of things from nutrition to the job search from cats to clowns — anything and everything — from the ridiculous to the sublime. Watch for Wendy's column weekly.
Read more