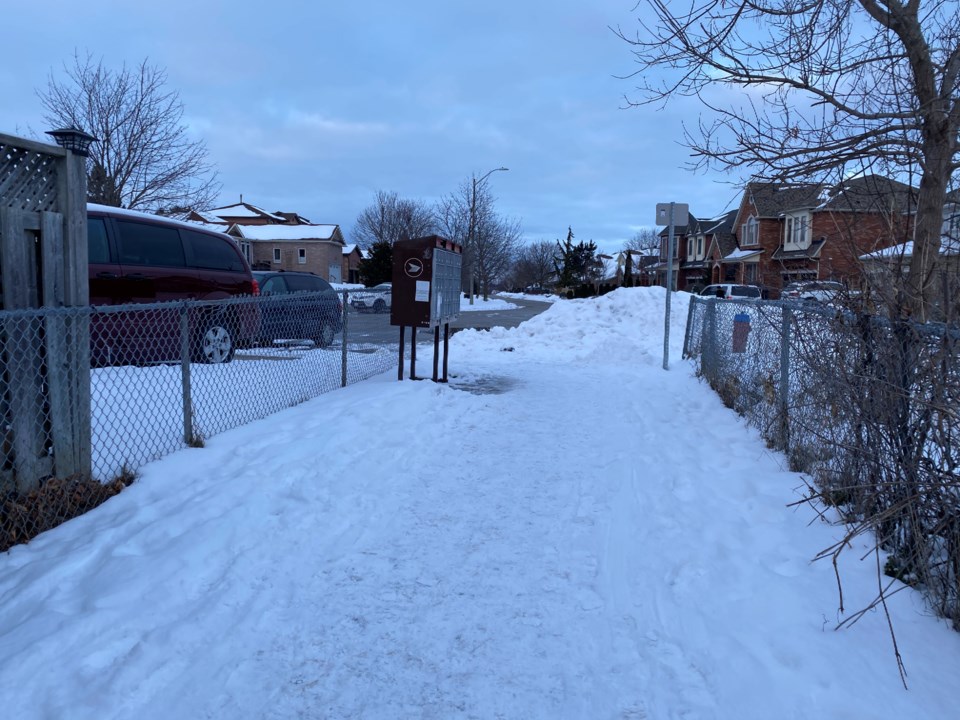 Bradford's hard-surfaced trails and pathways aren't maintained in the winter months, but that could change as early as next year.

In the Committee of the Whole meeting at town council on Feb. 16, councillors received a staff report as requested by Coun. Jonathan Scott in the Feb. 2 meeting of council, looking at my the possibility of adding hard-surfaced trails and pathways to the current Winter Operations Plan as a way to promote active transportation and outdoor activities.

The town is responsible for maintaining the roads and sidewalks throughout the winter season for safety through provincial regulation, however, trails, walkways and pathways are not included.

The town's winter maintenance program currently encompasses all sidewalks within the urban boundaries of Bradford and Bond Head, which is approximately 145km in total.

The report listed four areas of concern about including trails into its winter maintenance plan, including lack of equipment and labourers needed to service the areas, time needed to complete the work, levels of service required and liability of servicing trails within 48 hours of a weather event.

The town has seven sidewalk snowplows, with one backup that covers six plow routes with 32 operators.

"In my view, if we're going to do it (winter maintenance) for next year, we have to order it by April," said Coun. Mark Contois.

He wondered if all the funds were needed upfront before ordering the plow.

Chief Administrative Officer for the Town Geoff McKnight said the purchase of the plow could either be added to the 2021 capital budget or have a pre-budget approval for 2022.

Financially, the town would be looking at an estimated cost of $752,528 over a 10 year period for winter trails maintenance, including $192,000 for the first operating year, and $62,800 every year after that.

Some councillors wanted more information from staff before supporting the report.

Deputy Mayor James Leduc raised concerns about the plows and how they would affect the current trails. The sidewalk plows are not equipped to maintain gravel surfaces and vary in size and surface material, making it difficult for plows to access and maintain the trails.

"This is a nice want, but not something that we must have," he said, noting the hefty $750,000 price tag. If anything, he said he would rather see more attention put on the trails near the schools, and steer away from maintaining trails that didn't "lead anywhere."

Coun. Peter Ferragine wondered if it was possible to have staff start clearing off the trails this year.

"This is a nice added want which would help out for next budget meeting, but for this year, are staff stretched? Is this something we could do?" he asked.

Director of Community Services Terry Foran said it would not be possible this year given the time it takes for staff to clean up the current roadways and sidewalks.

"We are stretched," he said, giving an example of a 15cm snowfall earlier in January which took seven to nine days to cleanup.

"In order for us to try and add on to what our current obligations are, I would never be comfortable in trying to deliver any determined level of service that we could maybe come up with until we look into it further," he said.

He appreciated Ferragine wanting to have the trails looked after as soon as possible but noted it "didn't make sense for risk mitigation".

"We have a bit more work to do on this," said Foran.

Council received the report for information.

Another more in-depth report on the trails will be brought to council at a later date at which time it will be decided if trail maintenance will be added to the 2022 budget deliberations.