New by-law will give the town control over buildings used by cannabis producers
Apr 12, 2020 2:00 PM By: Natasha Philpott 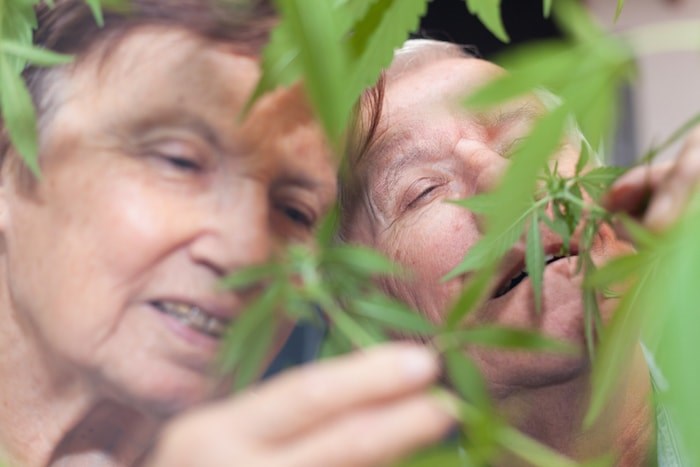 Seniors looking at cannabis. (via Shutterstock)

In an attempt to regain some control over the cannabis grow ops popping up in the Holland Marsh, BWG Council passed a by-law last Tuesday during their virtual meeting, to Require Site Plan Control for Cannabis Producers.

This is just one initiative from the report that was endorsed by council back in February regarding the growing and operation of cannabis in the Holland Marsh, following a number of complaints from residents.

“Most of those initiatives will take some time and we have unfortunately lost a couple of weeks while adjusting to the pandemic impacts,” noted CAO Geoff McKnight.  “However, updating the site plan control by-law was something we could do quickly and does not require a public meeting."

With the new by-law, any new cannabis growing operation will now be subject to a detailed site plan control process. Previously, cannabis producers were exempt from this process because they were considered ‘agricultural use.’

When it comes to control measures for cannabis growing operations, the new by-law gives the town the ability to address issues such as site layout, design of buildings, fencing, screening of uses, access, and noise and odour abatement.

Due to the pandemic, the initiatives from the report approved by council back in February, have been delayed by a few weeks. Other initiatives will include:

1.    Initiating a public consultation process, which includes a public meeting and preparation of a zoning by-law amendment relating to licensed cannabis growing/production facilities as agricultural use.

2.    The preparation of a draft regulation by-law under the Municipal Act to regulate licensed cannabis growing/production facilities as an agricultural use.

4.    The preparation of a licensing program and process.

5.    The amendment of a by-law to extend the Interim Control By-law that prohibits the establishment of Cannabis Micro Cultivation Operations on those lands zoned as Agricultural, Marsh Agricultural, Rural and Natural Heritage System Two,  for an additional year to expire on June 18, 2021.

The Site Plan Control by-law was just a start, said McKnight. “This first step gives us some more control until council decides whether to remove the zoning permission.”