Councillors vote to ‘continue the conversation’ by opening up discussions at the committee level to consider both 16- and 32-member options
Oct 30, 2020 12:45 PM By: Jessica Owen 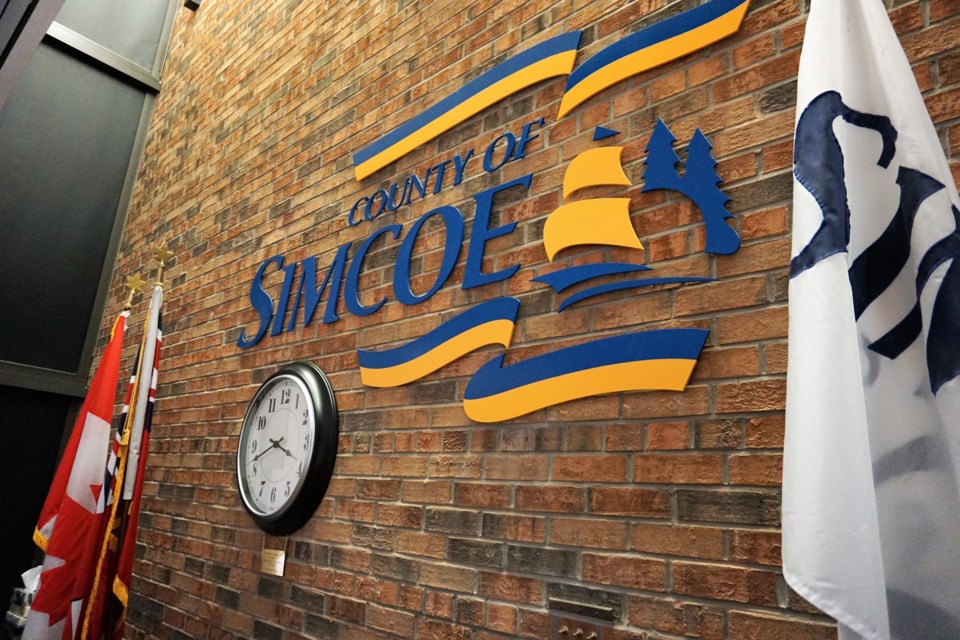 While progress is slow, Simcoe County councillors voted this week to continue their discussions about council composition.

Keeping the structure status quo is also still on the table.

“In order to explore those options any further, we wanted to have the understanding from county council that we do have your permission to reconsider the notion of changing the size of county council,” Warden George Cornell explained during the meeting.

The issue was last discussed at county council on Sept. 8. At that time, councillors were provided with options to shrink council from 32 to 16 or not, as well as to look at a model where the county would be divided into five wards where regional councillors representing each ward could be elected.

At that time, councillors defeated a motion to reduce the size of county council to 16 from 32. The option to have five regional councillors is no longer being considered.

At the end of that meeting, councillors voted to refer the subject back to the governance committee to consider the option of having the warden and deputy warden positions become full-time positions focused entirely on county business. To read our full story on that meeting, click here.

At Tuesday’s meeting, Tay Township Deputy Mayor Gerald Lachapelle asked if the motion was a backdoor way to get the option of shrinking county council down to 16 back into the discussion.

“If we defeated this, why is it on the table?” asked Lachapelle.

Deputy Warden Barry Burton, who is also a member of the governance committee, said the motion for reconsideration was brought forward specifically to avoid the perception that the idea was being brought in through a back door.

“We did not want to create that impression,” said Burton. “It’s up to this council to decide whether they’ll engage us to look at that direction, or whether they’re going to tie our hands at 32 and look at that suggestion only.”

Bradford West Gwillimbury Deputy Mayor James Leduc said he’d need more details on how a warden would be elected before he could make a decision either way.

Severn Township Mayor Mike Burkett said he’d like to hear feedback from the governance committee on what is wrong with the 32-member structure that it requires a change.

“If we’re going to reduce it to 16, how is that going to give us better governance at county council? I’d like to see those pros and cons rather than just a recommendation with no meat to it. How is this going to make it better?” asked Burkett.

Springwater Township Deputy Mayor Jennifer Coughlin clarified that the motion on the floor on Tuesday was not to make a decision one way or another on council composition, but instead to open up options so the committee could provide more information on all option before council makes a decision.

“Today we’re just deciding to continue the conversation and determine a way to keep this conversation moving,” said Coughlin.

Collingwood Deputy Mayor Keith Hull brought up the one key piece of information to which council has no access that could help make a decision.

In 2019, the PC government tasked some of Ontario’s regional governments, including the County of Simcoe, with looking at reducing the size of their local councils. In October 2019, after receiving a report on the matter from special advisors Michael Fenn and Ken Seiling, the provincial government announced that they would not be imposing any changes.

At that time, they also indicated they would not be releasing the report to the public and put a Crown seal on the document.

“They did a complete injustice,” said Hull. “I think that report would have contained valuable information and insight into how governance could have best moved forward for the County of Simcoe. It would have helped our governance committee with the work they’re doing.

“At some point, I think we should petition with a motion for the province to release that report. I think the residents and taxpayers deserve to see it and read it,” he added.

Technical issues at the beginning of the council meeting prevented members of the public or the media the option to watch the meeting live.

While the county clerk and communications staff made the meeting available on YouTube as of Tuesday evening, the first 20 minutes are missing, and the video starts in the middle of the governance structure discussion. When asked if the rest of the meeting would be made available at a later time, county clerk John Daly told BarrieToday that no video footage exists of the beginning of the meeting.

“We encountered a technology issue during our meeting on Oct. 27 which inhibited our ability to air live on YouTube. After various efforts to troubleshoot, it was determined that the issue was not internal to the county nor could the county determine a timeline of corrective action by the service providers,” said Daly. “The decision to proceed with the meeting was made by the county clerk and warden, and that the meeting would be recorded for publishing to YouTube.”

Technical challenges have affected many municipal bodies throughout the pandemic. In the City of Barrie, a scheduled planning meeting in June was postponed to a different date after technical challenges prevented the live stream from connecting.

When asked why the meeting continued to take place despite it not being recorded or streamed, Daly said the decisions made during that time would be available as part of the meeting minutes. He said all the items that preceded the beginning of the recording were approved as published on the agenda.

The technical issue was corrected in time for the committee of the whole meeting, which was only accessible live through YouTube.

At the end of the discussion, county council voted in favour of reconsidering council composition to permit deliberations regarding the option to have a fully-dedicated warden, with direction to the governance committee to look into and provide a more detailed report on all options.