‘The biggest challenge is being deaf isn’t a disability that most people see,’ says Bradford resident Glenda Higdon
Mar 3, 2021 11:00 AM By: Jackie Kozak 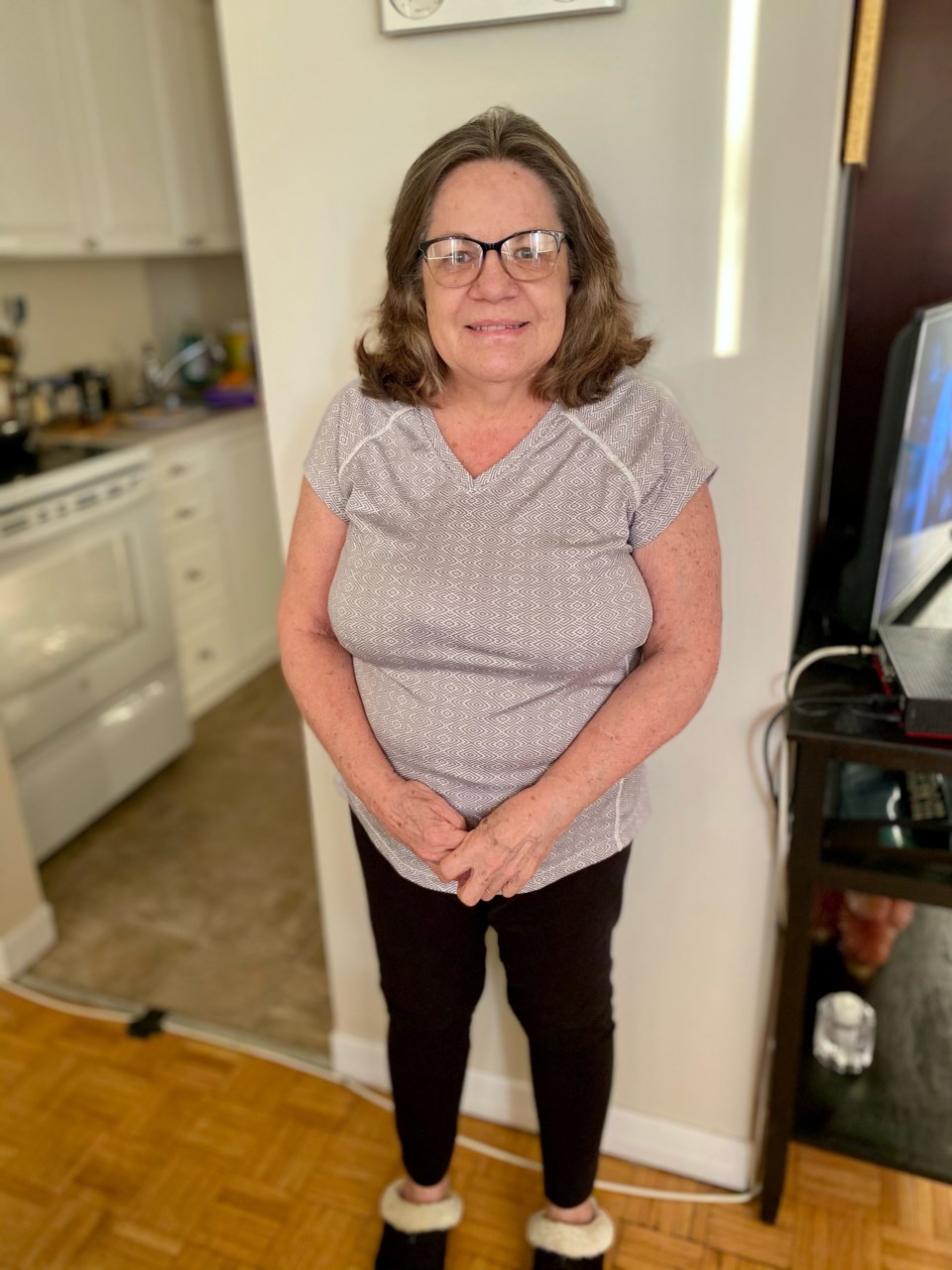 Bradford resident Glenda Higdon was born deaf. Mask-wearing has impacted her ability to read lips and gauge facial expressions. She hopes by sharing her story, the public will be more patient with those who are hearing impaired. /PhotoSubmitted

March 3 marks World Hearing Day; a global campaign started by the World Health Organization (WHO) held annually to help raise awareness about hearing loss and deafness, prevention, and the promotion of ear and hearing care.

Being able to hear properly is key for good communication; it is an essential part of the body’s operations that people often take for granted. According to the Canadian Hard of Hearing Association (CHHA), one out of every 10 Canadians (approximately four million people) suffer from hearing loss, including six out of 1,000 children. Sound levels over 85 decibels is considered ‘harmful’ to hearing and can be linked to something as simple as attending a rock concert, dance club, or just from having earphones on maximum volume levels from a music source.

For Bradford resident Glenda Higdon, silence is all she has known. Higdon is the oldest of four siblings and is the only one in her family born deaf.

Born in Toronto and raised in Etobicoke for most of her childhood, Higdon’s hearing loss was undiscovered until the age of two. She is 100 percent deaf in one ear, and 80 percent deaf in the other.

“My father use to punish me because he thought I was being disobedient,” remembers Higdon. “I remember my grandfather picking me up after my parents found out [I was deaf] and just hugging me so hard. I think my parents felt very guilty that they didn’t know I couldn’t hear.”

Higdon attended a school for deaf children where she spent a lot of time learning to pronounce letters and words.

“I remember my teacher using a piano… I would put my hands on the piano and ‘feel’ as she pressed different keys,” shares Higdon. “That’s how I learned to pick up different pitches and vibrations.”

Higdon’s hearing loss remains a mystery to her, her family, and doctors, but her daughter (Dawn Higdon) notes that during her mother’s era (1950s) there were many people born deaf and she speculates there may have been a link to pregnant mothers and the measles or some other form of infection during pregnancy which could have affected the development of hearing in the womb.

Higdon shares that she used to wear two hearing aids but now only wears one, and relies on sign language (typically used with others who are also deaf) and lip reading to communicate, which has become especially difficult during Covid and mandatory mask wearing.

Higdon adds that big words or long sentences are harder to ‘read lips’ and sometimes people will resort to writing down what they are saying or point at things so she understands better.

“I try to do most things on my own when I am out but if I can’t find something or I need help when I am in a grocery store, I have to take my mask off and show people I am deaf. It is uncomfortable because sometimes I feel like people are staring when I take my mask off or ask someone to take theirs off so I can understand what they are saying… most people have been good with me but some people seem frustrated or short with me because I can’t understand them.”

Higdon shares that being deaf has a lot of complications, but that she has lived a ‘good life’. Her and her husband (Melvin) have been married for almost 50 years and have four children – Phil (her oldest), Noel, and twins Dawn & Wade – and 11 grandchildren.

“I never felt like I had a disability,” states Higdon. “The biggest challenge is being deaf isn’t a disability that most people see or think of, I have to show people daily my hearing aid and tell them ‘sorry, I’m deaf!’ but most people are good when they find out.”

Higdon admits she misses out on a lot of conversations and although most people take their time speaking slowly for her, others ‘cannot be bothered to help’ or get frustrated with her.

“Sometimes I’m sitting in a restaurant or with family and I see everyone talking fast but I don’t know what they are saying. Sometimes I have to remind people to slow down and to stop and tell me what they are talking about,” expresses Higdon. “Sometimes I take my husband or one of my kids with me if I’m going out (bank, groceries, doctor appointments) because it makes it easier and more comfortable but I don’t like to rely on others to make my life easier… I don’t really think of my disability as holding me back from being independent.”

If you have difficulty hearing, contact the local Bradford Hearing Life Clinic for a FREE hearing test: www.hearinglife.ca