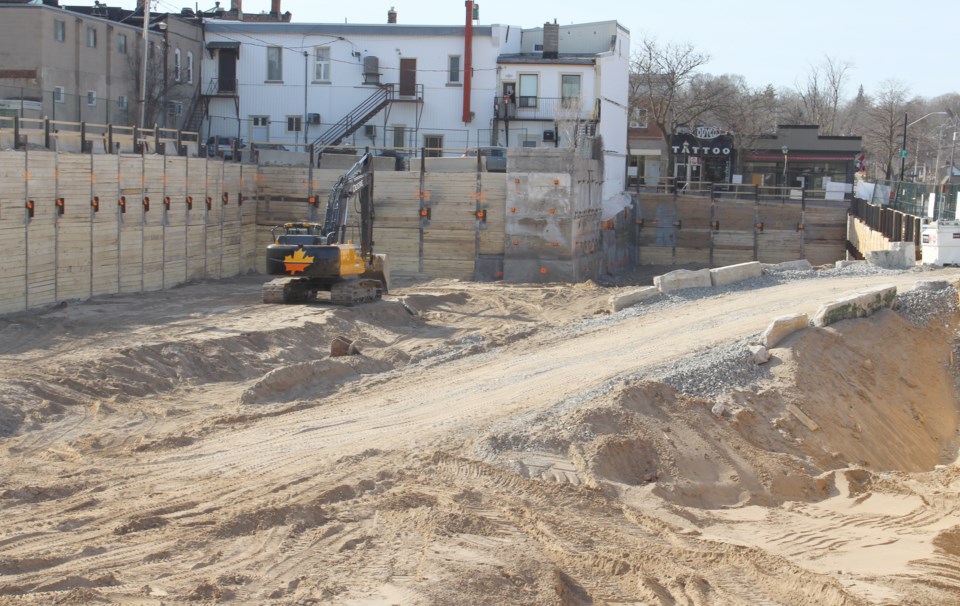 School boards have been told by the province to not make any changes to their education development charges, which are levied against developers and used to purchase new school sites. Nathan Taylor/OrilliaMatters

The province has frozen education development charges, and it could cost local school boards millions of dollars.

Education development charges (EDCs) are boards’ only means of funding the purchase of new school sites. The Ministry of Education announced Monday it was putting a freeze on current rates while it conducts a review of the process.

Jodi Lloyd, vice-chair of the Simcoe County District School Board and trustee for Orillia and Ramara, said it could significantly set the board back.

“The board has a $3.9-million deficit. By not amending the EDC to reflect current land values, it’s going to become a greater deficit situation for us,” she said.

The province's announcement came 10 days before the public board and the Simcoe Muskoka Catholic District School Board were set to vote on the new EDC bylaw. It hadn’t been updated for five years and the increase would have been almost 300 per cent.

The boards were also going to decide whether to apply the charges equally to all municipalities – as it has always done – or implement area-specific rates. The decision that will be made at the Oct. 25 meeting at the Catholic board office in Barrie now seems like a foregone conclusion: The rates will remain the same and will be collected equally across the county.

“We’re putting back in place something that we know is outdated,” Lloyd said. “I’m hoping this is a very short-term measure.”

The rate freeze might, at first, seem appealing to developers, but Lloyd worries it could lead to an even greater increase later, as the board will have to make up for lost revenue.

If the rate freeze is in place for a year, it will cost the public board about $13 million and the Catholic board, more than $4 million, explained Brian Jeffs, the public board’s superintendent of business and facility services.

“The implications are fairly significant,” he said. “As we move into a new EDC (bylaw), we’re going to have to make that up. However that gets managed is yet to be determined.”

He doesn’t expect the board will have to redo its mandatory background study on the EDCs, but it might have to revisit its rates.

Jeffs said the ministry has indicated the review could take six to eight months.

Lloyd wasn’t “entirely shocked by this move,” she said, as the province allowed the EDC bylaws of two boards in Halton Region to expire in the summer and told them to maintain existing rates.

“Maybe it’s time the process be reviewed, but we need to address our current deficit that is going to get bigger,” she said.

She also noted the board has identified the need for a new elementary school in west Orillia and it is expected another will be needed in the Orillia/Ramara/Severn area in the next 10 years.

"We are a growth board," she said. "We are going to have to build more schools."

Doug Downey, MPP for Barrie-Springwater-Oro-Medonte and parliamentary assistant to the minister of finance, did not return calls seeking comment.