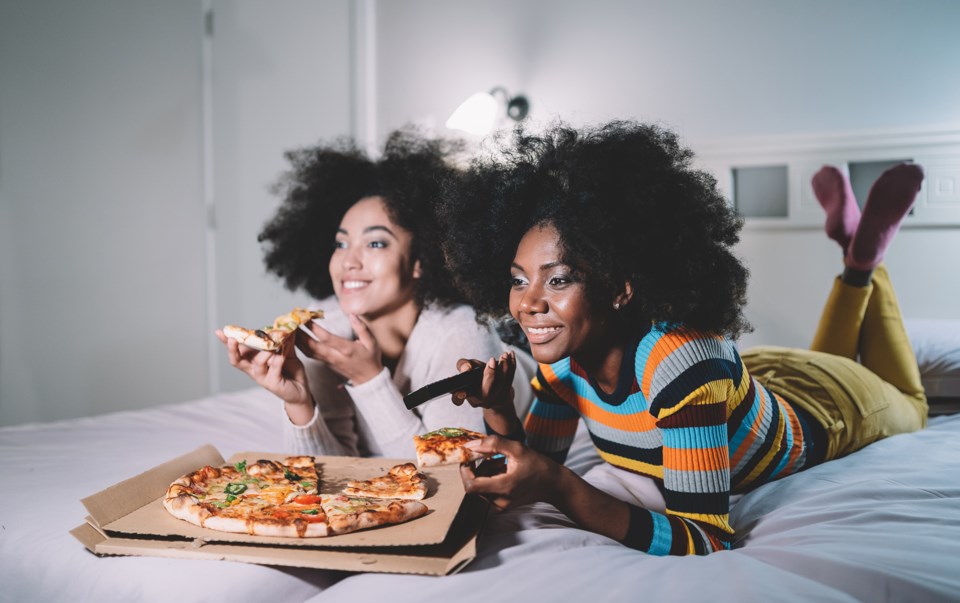 Did your family enjoy last week’s recommended Black History Month movies for kids?  Librarians from the BWG Library have curated another list, this one for older audiences.  This is a list of entertaining and inspiring movies to enrich us and challenge our perspectives.

This Black History Month, you can stream thoughtful entertainment to your preferred device with no fees and no commercials. With a catalogue of thousands of titles, including Black History Month favourites and popular picks chosen for their insight into other cultures, perspectives and beliefs. New titles are added every month and BWG Library cardholders get 10 Adult Play Tokens per month.  Get started at bradford.kanopy.com and check out the Kanopy Movies listed below!

For help using Kanopy, please message the BWG Library through Facebook at www.facebook.com/bwglibrary or email bwgmailbox@bradford.library.on.ca.

Agents of Change: The Longest Student Strike in U.S. History

Current struggles to make colleges welcoming and relevant for students of colour continue movements which swept across campuses fifty years ago. Agents of Change tells the timely and inspiring story of how successful protests for equity and inclusion led to establishing the first Black and Ethnic Studies departments at two very different universities: San Francisco State (1968) and Cornell (1969).

San Francisco State students, their supporters on the faculty and in the community, including the increasingly influential Black Panther Party, launched the longest student strike in U.S. history. In addition to curricular changes, they demanded increased minority student recruitment and retention, and the hiring of minority faculty. Student activists, like actor Danny Glover, demonstrated and faced brutal police assaults and massive arrests unleashed by then-Governor Ronald Reagan.

Written, produced, and directed by Emmy Award-winning documentarian, Horace B. Jenkins, and crafted by an entirely African American cast and crew, Cane River is a racially-charged love story in Natchitoches Parish, a “free community of color” in Louisiana. A budding, forbidden romance lays bare the tensions between two black communities, both descended from slaves but of disparate opportunity—the light-skinned, property-owning Creoles and the darker-skinned, more disenfranchised families of the area.

Directed by Ryan Coogler (Fruitvale Station, Black Panther), FIG is a sympathetic look at the life of a working-class mother, a prostitute named Candice wants nothing more than to provide a good life for her daughter Kyla.

One night that she is unable to find a babysitter for Kyla, Candice takes her to the corner where she picks up johns and leaves her in the car. When Candice is with a john, Kyla is found alone by the police and is taken into emergency foster care. When she finds out, Candice does everything in her power to convince the social worker in charge of Kyla’s case that she really does love her daughter very much.

Winner of the Short Film Award at the American Black Film Festival. Nominated for Outstanding Independent Short Film at the Black Reel Awards.

Set in 70s Philadelphia. After years away, an ex-black panther returns to his old neighbourhood only to find himself drawn right back into the rivalries and love affair he left behind. Music by the Roots.

Ronald Reagan. In spite of these obstacles, Black, Latino and Asian student groups formed the Third World Liberation Front and emerged victorious, creating the first College of Ethnic Studies in the nation and igniting similar actions across the country.

Cheryl Dunye plays a version of herself in this witty, nimble landmark of New Queer Cinema.

A video store clerk and fledgling filmmaker, Cheryl becomes obsessed with the "most beautiful mammy," a character she sees in a 1930s movie. Determined to find out who the actress she knows only as the "Watermelon Woman" was and make her the subject of a documentary, she starts researching and is bowled over to discover that not only was Fae Richards (Lisa Marie Bronson) a fellow Philadelphian but also a lesbian.

The project Is not without drama as Cheryl’s singular focus causes friction between her and her friend Tamara (Valarie Walker) and as she begins to see parallels between Fae’s problematic relationship with a white director and her own budding romance with white Diana (fellow filmmaker Guinevere Turner).