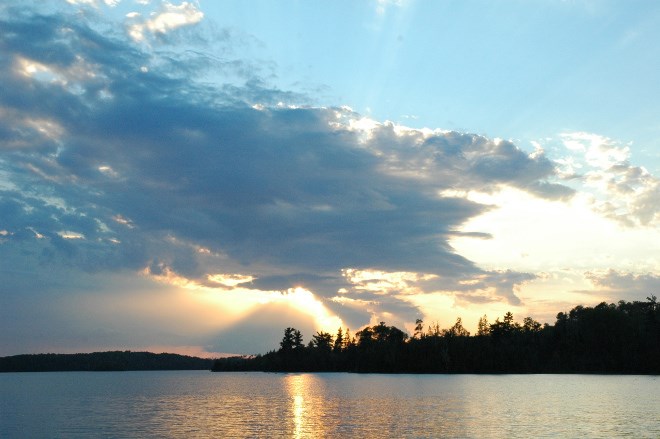 An environmental watchdog is sounding the alarm over a major Lake Simcoe menace.

Lake Simcoe Watch plans to raise its concerns over ongoing high phosphorus levels with the Lake Simcoe Region Conservation Authority (LSRCA) during a deposition at the agency’s Newmarket headquarters Friday.

“We’re going to be asking them to play a leadership role,” said Lake Simcoe Watch chair Jack Gibbons, noting the Lake Simcoe Protection Plan not only affects the body of water, but also neighbouring wetlands, meadows and forests.

Gibbons said the lake currently contains phosphorus levels more than double the accepted standard as a result of runoff from products like fertilizer used by people to make their lawns look nice.

“It comes from all kinds of sources,” he said, noting phosphorus in lower levels is normal for a waterway, “but it’s way above the natural level.”

So far, the group’s call for action has been endorsed by a number of area politicians, including Barrie Mayor Jeff Lehman, Oro-Medonte Mayor Harry Hughes and recently elected York-Simcoe MP Scot Davidson.

“Right now, we’re just sort of in a stalling pattern,” Gibbons said. “We need our politicians on board.”

Gibbons said his group is hoping the conservation authority’s board of directors will champion the plan through a number of initiatives, including a move to direct its staff to work with the provincial and federal governments along with municipalities in the lake’s watershed to develop and implement a strategy to reduce phosphorus loading by 50 per cent, to 44 tonnes per year, by 2026.

Within the same 2026 timeframe, the group also wants all levels of government to implement a plan to ensure at least 40 per cent of Lake Simcoe’s watershed consists of high-quality connected forests, wetlands and meadows, which serve to regulate water quality by filtering out contaminants and absorbing excess nutrients before they reach the lake.

“Phosphorus comes from all kinds of sources,” Gibbons said, noting streams flowing into the lake are affected by runoff (for example, fertilizers and manure) from urban, rural and agricultural, and contribute to more than half of the lake’s phosphorus loadings while dust from construction sites, pits and quarries and agricultural lands is another major source.

Mike Walters, the conservation authority’s chief administrative officer, said his agency considers phosphorus levels one of the foremost environmental issues facing the lake and has long been involved with initiatives aimed at combating phosphorus.

“In fact, back in 1985, LSRCA partnered with the provincial Ministry of the Environment to develop and implement the first phosphorus-reduction strategy for the watershed through the Lake Simcoe environmental management strategy,” he said, noting that just 10 years ago, the agency assisted the province to develop the Lake Simcoe Protection Plan.

“In 2017, LSRCA, in collaboration with our member municipalities, First Nations, the provincial government and the Building Industry and Land Development Association (BILD), developed and implemented a phosphorus-offsetting policy, which requires all new development to prevent 100 per cent of phosphorus from leaving the site, or pay a fee to offset the phosphorus that can’t be controlled.”

As well, Walters noted that for several years the conservation authority has advocated for a shift in the way development happens by pushing for more sustainable practices through low-impact development.

“So far we’ve had tremendous support from BILD and their members on making this shift and we’re starting to see some really innovative and sustainable solutions put into action in our watershed,” he said.

“We also address phosphorus reduction through our restoration work, natural heritage protection and many other ways.”

Walters said in conjunction with the current protection plan’s governmental review, LSRCA has recommended that a new phosphorus-reduction strategy be developed based on current data while taking into account future stressors such as growth and climate change.

“We’re also advocating for the new reduction strategy to be developed collaboratively, using a specific, measurable, achievable, realistic and time-bound (SMART), outcome-based approach that involves extensive consultation to obtain the co-operation of all partners and watershed residents to ensure support for implementation.

“Until a new strategy is completed, it’s quite premature to suggest that LSRCA can implement solutions to achieve the ecological target of 44 tonnes per year by 2026.”

About the Author: Andrew Philips

Community Editor Andrew Philips is a multiple award-winning journalist whose writing has appeared in some of the country’s most respected news outlets. Originally from Midland, Philips returned to the area from Québec City a decade ago.
Read more