Ideas on how some nutritional supports can help with insulin resistance

There are a number of nutritional supports for insulin resistance, including exercising more
Apr 25, 2021 12:00 PM By: Nonie De Long 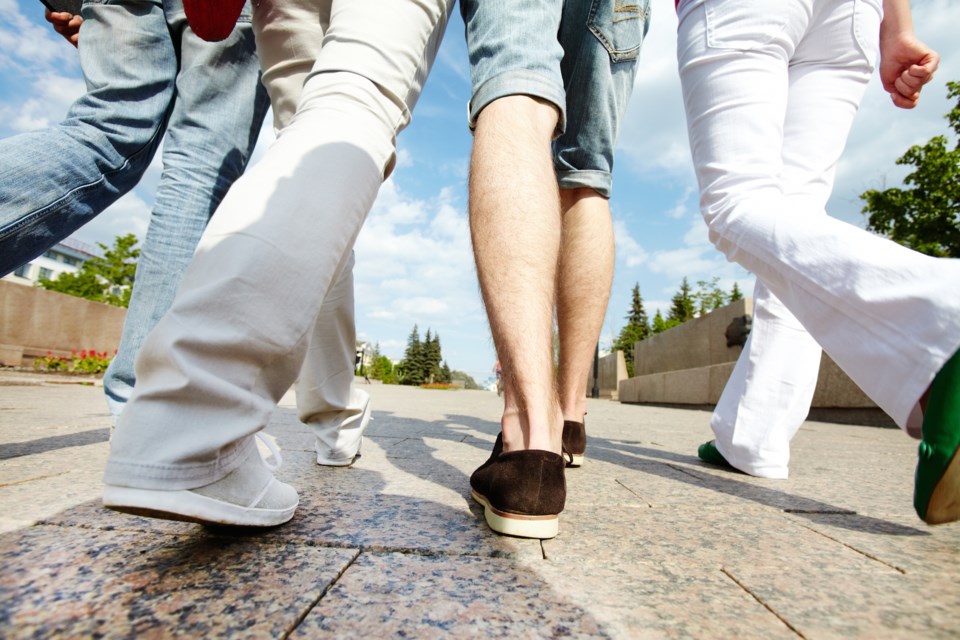 Thank you for the great articles in ‘NewmarketToday’; I always enjoy reading them and learn so much. I have a question for you that I am hoping you can address in a future article...In your latest article, you mention that insulin resistance needs to be ‘reversed through nutritional supports’. Could you please elaborate on what that means and what would be examples of these supports?

Thank you for reading and writing in! There really isn’t a more relevant nutrition question today.

Last week I stated this regarding insulin resistance:

I speak about this often because it’s such a common issue at present for so many clients. It’s become an epidemic, even in youth. What it does is create a situation where the body’s metabolism hijacks attempts to lose body fat by over-reacting to any carb or sugar that is eaten. These in turn get stored as body fat. Even if you starve yourself to lose weight, if you don’t address insulin resistance it’s very hard to keep the weight off. It must be reversed with nutritional supports.

This week I want to unpack that so everyone understands what I mean and what’s going on with insulin resistance. Then we can talk about nutritional supports to help reverse it.

What is insulin resistance?

Incase insulin resistance is a new term for you, let me explain what it means. Insulin is a hormone secreted by the pancreas in response to sugar in the bloodstream. This happens after eating a meal that increases blood sugar levels substantially. Insulin is the key that gets that glucose into the cells. Some glucose goes into the muscle cells (a very small amount), some goes into the liver, and some goes into the fat cells to be stored as body fat. That’s all quite normal.

However, when this happens too much and the cells are already full of glucose (because you’ve consumed more than you’ve used for some time and it’s stressing the body), the cells won’t allow more glucose in. They have a natural capacity and it has been reached. Now they reject insulin when it comes knocking. This creates high blood sugar, which in turn creates a warning signal to the body. “Alert! Alert! Get the sugar down now!”

You see, high blood sugar is toxic to the human body for any length of time. It quickly causes damage to blood vessels and all tissues! As a result, the pancreas goes into overdrive and excretes more insulin to get the glucose into the cells. This greater amount of insulin forces the unwanted glucose into the already full cells. This state of requiring more than normal insulin to get glucose into the cells is what is meant by insulin resistance. When it goes on long enough you reach type II diabetes. As such, insulin resistance can also be called prediabetes.

It impacts other hormones, too

Now, some other things happen as part of this process. Hormones are all linked together. They trigger one another, and insulin is a hormone, remember. When it’s overstimulated it can cause dysregulation of other hormones that are related to our health. Two such hormones that are important to us today are leptin and cortisol. You may have heard of these.

Leptin is a hormone stimulated by the fat cells in the body. It tells our brains that we have enough energy; we don’t need anymore. As such, it causes us to feel satisfied after a meal and to be able to use that meal for energy so we can fast until we eat again with comfort. The more fat we pack into our cells, the more leptin is signalled. This makes sense. But when it happens too much, we get too much leptin circulating. As a result, the body pulls a neener neener and essentially stops listening to the signal. You now have leptin resistance.

Cortisol is the hormone that is released in stressful situations (think fight or flight). It causes an increase in blood sugar. Over time, if it’s elevated too much, it causes body fat storage around the middle in particular. Normally leptin and cortisol counter balance insulin. In insulin resistance these hormones become unbalanced, as well.

How this looks clinically is a person eats a meal but they don’t get energy from it. In fact, they feel exhausted and hungry. And often, no matter how little they eat, they keep putting the weight on. Their food seems to feed their fat cells and nothing else. They have brain fog and mood swings. If they are trying to diet, they would almost kill for insert-name-of-carb by midday. By the time dinner comes around it’s very hard for them to make good choices. They crave carbs terribly because their energy is so low. Everything they eat packs on the body fat. It’s hard for them to stick with diets because it takes a longer time for them to start to see results. You see, their hormones have to be regulated first.

Is it because of obesity?

One last piece of the puzzle that you need is this: insulin causes the body to store fat. And it suppresses fat burning. FYI, burning stored fat for energy is a normal state of human metabolism. That’s why kids do it so effortlessly. It’s the way we’re hard wired. Traditional cultures would have done this naturally in times of scarcity. We in the West don’t have seasons of scarcity now. But we can initiate this state by following a ketogenic diet and using intermittent fasting.

You see, a ketogenic diet limits foods that are broken down into glucose - so insulin isn’t signalled and the pancreas can rest. The cells can use up the fat they’ve stored for energy. Over time, when insulin isn’t present, the cells become more sensitive to it when it’s signalled. And they also become more sensitive to leptin, as body fat drops. So reversing insulin resistance by nutritional protocols means consuming a diet that does not trigger insulin for a long enough time to lose the excess body fat, normalizing leptin and cortisol levels as well.

Fasting can help this process greatly, but fasting when you’re leptin resistant is almost impossible. That’s why dieting is so hard in chronic states of obesity. Overall, a low carb, ketogenic diet is the most effective means to reverse insulin resistance. A ketogenic diet is the only diet that specifically helps us avoid stimulating insulin for long periods of time.

A low carb, ketogenic diet is the most effective means to reverse insulin resistance.

If you have been told that you can’t reverse type II diabetes you have been misinformed. I advise you to watch Dr. Jason Fung talk about this very issue. He’s a Canadian nephrologist and a global expert on using fasting and low carb diets to treat type II diabetes. He’s written over 70 books, three of which have been best sellers.

One in three Canadians impacted

Just to give you an idea of the scope of the problem, the latest data from Diabetes Canada states that “one in three Canadians has diabetes or prediabetes”.and “those 20 years of age today face a 50 per cent chance of developing diabetes in their lifetime.” In addition, polls show few people know the ramifications or warning signs of diabetes; they don’t know that diabetes is involved in a large percentage of strokes, heart disease, kidney failure and dialysis, and 70 per cent of amputations not resulting from trauma annually. They don’t know that it causes degenerative eye disease and blindness and is related to tissue damage of all kinds.

In addition, we now have a growing body of definitive data that COVID-19 mortality is much higher in those who are obese. In fact death from COVID19 is 10 times higher in countries where there is a high proportion of obesity in adults. Funny how this doesn’t get much press related to COVID, despite the positive impact this would have on all cause mortality in adults.

Why didn’t my doctor tell me this?

The medical model is to give people drugs that address blood sugar - helping their cells take up the glucose better to get it out of the blood. But again, treating diabetes as a disease of blood sugar will never solve the problem. The underlying problem is insulin resistance.

People often ask me why their doctors don’t tell them this. I can only guess why someone else does or doesn’t do something, but I would guess that it’s because that’s not what they’ve been taught. Physician education today largely focuses on symptom management, not disease prevention or correction. And nutrition studies in medical school are minimal at best. Even dietetic curriculum does not teach the role of nutrition in reversing type II diabetes and insulin resistance, although many great dieticians have come to that realization themselves. Curriculum is developed based on evidence based medicine, and unfortunately, evidence based medicine is rife with problems at present. To better understand this, I invite you to listen to Dr. Jason Fung’s presentation on the end of evidence based medicine. Being a physician he is far more qualified to speak to this than I am.

Now that we have discussed the process, you are more likely to understand the impact of the nutritional treatment I recommend for insulin resistance. These are:

I hope this has been helpful, Anne. If you want professional help I encourage you to reach out. I have just slashed all my prices as my response to this pandemic, so there has never been a better time.

As always, if readers have their own health questions, I welcome them. Just send me an email. Readers can sign up for my free newsletter here to stay abreast of health news and upcoming events. Thanks for reading!