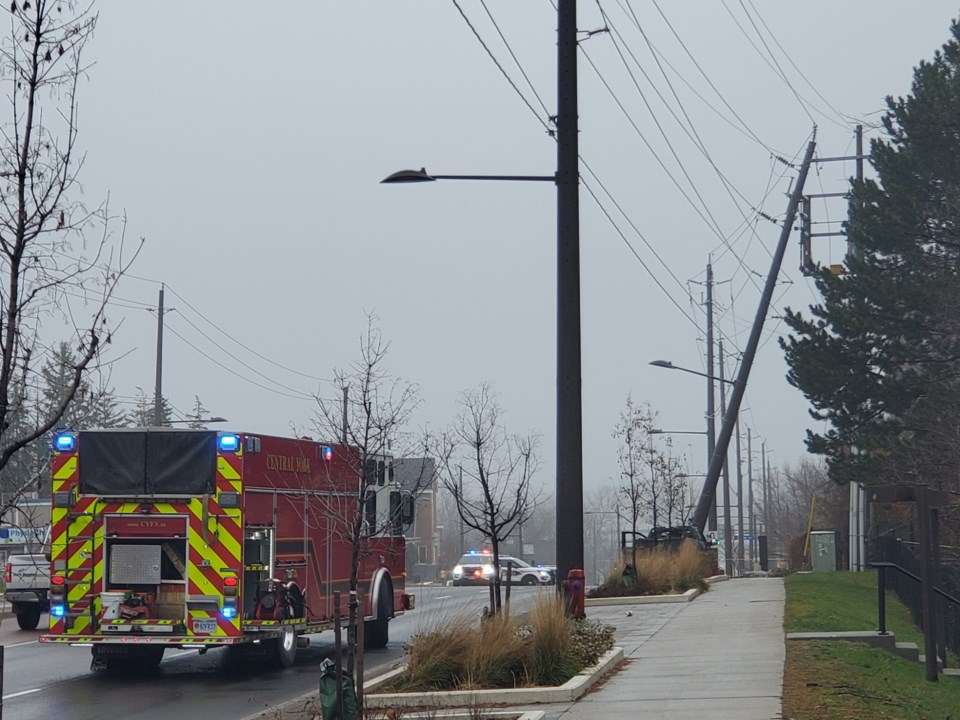 The eastbound lanes of Davis Drive are closed to traffic between Lorne Avenue and Parkside Drive and are expected to remain closed for most of the day following a single-vehicle collision this morning.

Motorists are asked to find alternate routes to avoid the area.

A pickup truck collided with a hydro pole after 9 a.m. The force of the impact damaged the pole and caused it to lean precariously over the sidewalk.

It's not known if any injuries occurred.

York Regional Police closed Davis to eastbound traffic, east of Yonge Street, near the damaged pole so that it can be removed and replaced, an operation that is expected to take between eight to 10 hours.

While the pole is being replaced and the power lines repaired, residents of the neighbourhoods immediately south of the collision site will likely lose power.

Town will continue to provide winter maintenance at the Bradford GO station parking lot
Jan 22, 2021 8:00 AM