Brent Morning shares his experience with mental health issues in hopes of letting others know it's okay to reach out for help
Jan 28, 2021 8:00 AM By: Natasha Philpott 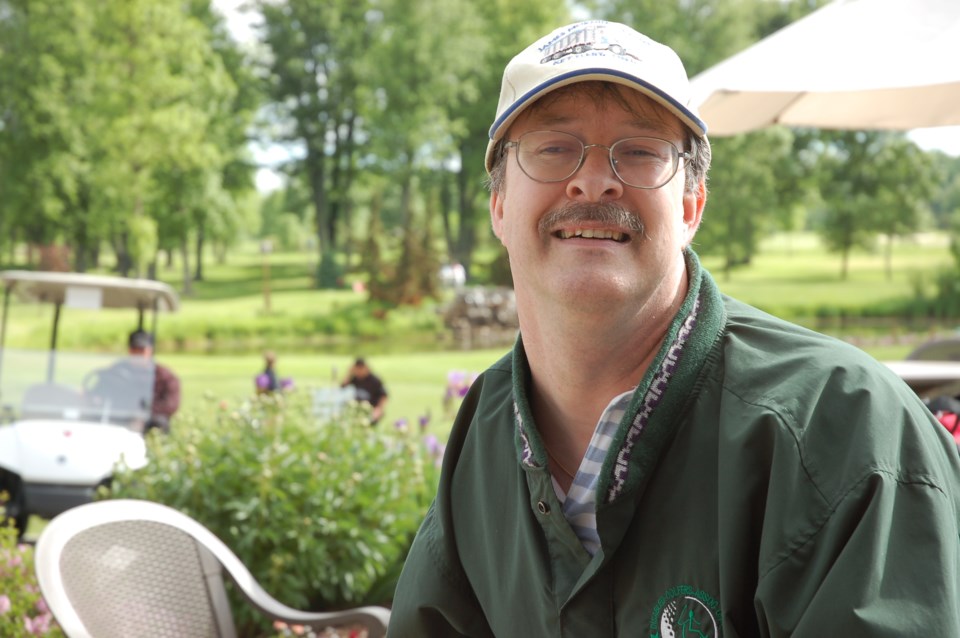 It's a day to encourage those with mental health issues to speak out and share their stories to help take away the stigma on mental illness.

King Township resident and community volunteer,  Brent Morning reached out to BradfordToday in hopes of providing encouragement and support for those going through a challenging time, by sharing his personal story on his own battle with depression and anxiety.

"I want to let people know if they're going through a difficult time to reach out and talk to someone," he said, "sometimes a friend is all you need."

Morning is a longtime fundraiser for Easter Seals and Friends of We Care charity, helping raise money for children with disabilities. Having been born with cerebral palsy, Morning knows first hand how challenging it can be for a child to grow up with a disability. Through his fundraising initiatives, he has provided many kids with hope.

Morning has a sunny, positive outlook on life but it hasn't always been easy for him. He has battled his own mental health challenges, including a nervous breakdown 25 years ago.

"I had a bad nervous breakdown and didn't think I would make it through," he shared.

To this day, he is thankful for his supportive parents who stepped in when they noticed something just wasn't right. He said his behaviours started to change as his anxiety and stress levels went up, so much so that he began experiencing extreme hallucinations.

"I knew something wasn't right but I thought it was real," he shared.

"I wasn't working but my mind was all the time," he described. "When you get really down, sometimes you get paranoid thoughts and that's scary and then you start getting hallucinations."

He said the uneasy feelings sort of came out of the blue, noting he was trying too hard to please everyone.

"I was going off in my own little world," he remembers.

He said his mind would wander all over the place, he'd be awake all night and asleep all day.

It was on a mid-November day that his family decided to bring him to the family doctor for some help.

At the time, Morning didn't realize anything was wrong.

After the appointment with the family doctor, he was prescribed medication, which took a while to find the right one.

But a few months later in February he took a turn for the worse and was put on suicide watch. His mother had to sleep in the same room as him to make sure he wouldn't take his own life.

Eventually, he was taken in as an outpatient at the hospital to receive treatment for a few weeks.

"Because I wasn't a danger to myself or society anywhere the doctor said you can go home, and within a couple of weeks I started to come out of it," he remembers.

He then went for five sessions at the Clark Institute in Toronto, which is now the Centre for Addiction and Mental Health, to see a psychotherapist for a psychiatric assessment.

"Which I was really scared to do," he admitted.

It took about six 90 minute sessions for him to make some good progress.

"It turned out I had experienced a temporary psychosis," he said, which affects the way the brain processes information. Doctors said it would likely not occur again, but he had to be careful in case.

By April, Morning had turned a new leaf, feeling more like himself.

To help with his recovery and keep the negative thoughts and feelings at bay, he immersed himself in community projects, like organizing the King Township Mayor's Golf Tournament.

"As long as you stay positive and look forward there is a good chance you will do better in life," he said.

He went on to organize more events for charity, which is what he continues to do today, including the annual golf tournament for Easter Seals.

Morning still takes mild medication for his anxiety. He says the anxiety comes from a chemical imbalance in his brain and keeps his mind from wandering to deep and dark thoughts.

"The thing I want to stress is you can recover from it (a mental health challenge)," he said.

He acknowledged that not everyone may have someone to call and that he was fortunate to have a good support system of family and friends.

If there's one thing he wants people to remember it's that "tough times don't last tough people do" and encourages anyone going through a hard time to reach out to a friend, family member or professional for support.