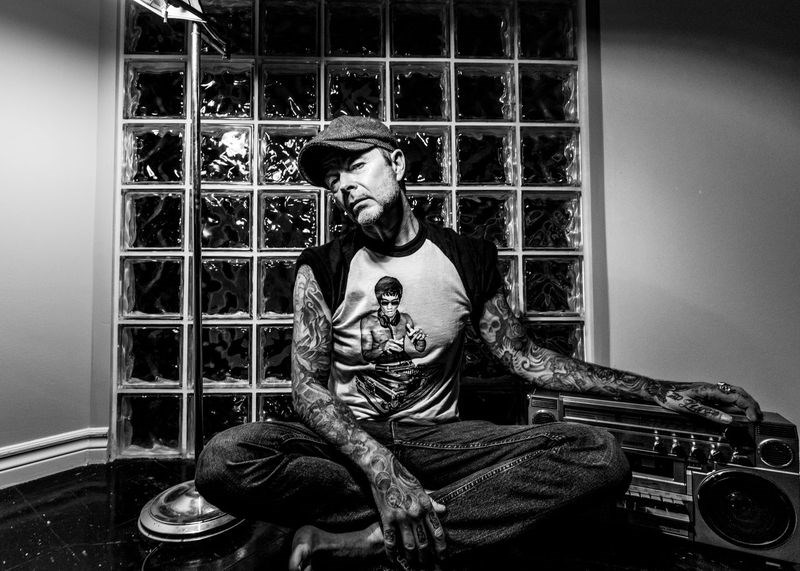 Orillia's Rob Frost is returning to the airwaves. Frost will be the 'morning man' on 89.1 Max FM, beginning Monday.Noah Campbell photo

A familiar voice and a well-known local personality is returning to the airwaves.

After an eight-year hiatus, Rob Frost will be back behind the mic as of Monday at 6 a.m. as the morning man on 89.1 Max FM. He will also serve as the regional radio station’s operations manager.

“My motto is, everything is an opportunity, so when I was approached about this, I felt it was the right opportunity at the right time,” said Frost.

Frost's deep, distinctive voice was a mainstay on Rock 95 and Kool FM for more than two decades.

But, then it was time to take a step away from the spotlight.

“Radio and I needed a little time apart,” says Frost with a laugh. “I never said I wouldn’t come back some day. I think I just needed time.”

He said his time away was well spent. “I did a lot in eight years,” said Frost, who did a few different things - including becoming a professional photographer whose work was in demand.

“I really loved it all … it was valuable time.”

And now, he says, he’s eager to return to the job he desired since he was a young boy.

“As a little kid, I always wanted to be on the radio,” he says. “I’m happy to be back. I’m looking forward to re-connecting with some people and to connecting with a whole new group of people.”

This time around, Frost will be part of what he calls a “do-it-yourself, grass-roots” radio enterprise.

For example, over the weekend, he cleaned the Orillia station on Commerce Road from top to bottom. “It needed to be done,” he said.

On any given day, Frost will be sitting in on music meetings, working with the young staff, manning the mic from 6 to 10 a.m. and doing “whatever needs to be done.”

For those who have not yet found Max FM on the radio dial, Frost said the station plays alternative rock from the 2000s to the present.

“We’re on the edgier side,” explained Frost. “We certainly are not classic rock.”

Not just the music is edgier.

“We’re not the drunk uncle at the wedding, but we are personality-driven radio and we do have more of an edge,” he said with a laugh. “We like to have a good time.”

They also believe in supporting the community, he said, noting they offer regular newscasts and will be unveiling, soon, a charity challenge.

“We’re all about what’s happening locally,” he said. “We serve the people of Orillia, Barrie and Muskoka, we report on those areas and we do business in those communities.”

One of the ways they support local musicians is by featuring five local artists each day. Frost says several of the current local offerings are so good they are “vying for regular air time.”

Max FM is part of the Bayshore Broadcasting Corporation, which operates eight other radio stations.

“We’re part of something bigger that allows us to share resources,” said Frost, who has been gearing up for his return to the airwaves the past two weeks.

“A lot has changed in eight years, I’m sure, but the basics are still the same and I’m looking forward to reconnecting with some old friends and building a new audience."