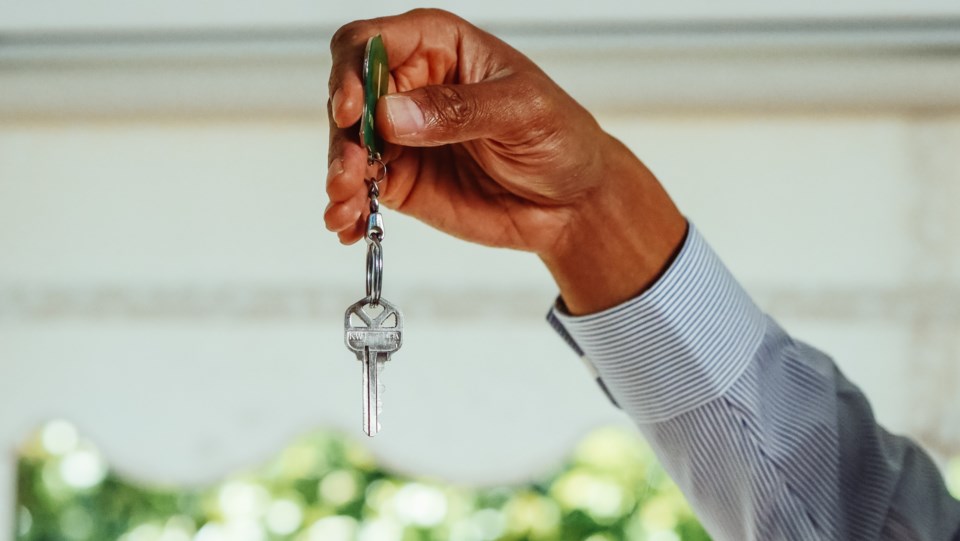 As if living through a pandemic wasn’t bad enough, a new problem has developed for renters in the area as the real estate market continues to boom.

Many landlords have been cashing in, selling their properties, forcing tenants to find new places to live.

But it isn't that simple to find a rental these days, with potential tenants now finding themselves in bidding wars over rental units due to high demand.

For Bradford resident Lisa Lockhart, finding a new place to live on short notice became her reality last summer after her landlord served her with an N12 notice to terminate the tenancy so he could sell the house.

“I had to be out by Aug. 1 which was actually only 1.5 months notice during lockdown,” said Lockhart who resides with her husband and one-year-old son.

At the time, Lockhart and her family were renting a house in Bradford for $2,400 a month plus utilities. Not knowing she legally had 60 days to move, she immediately began searching for other rental homes in the Bradford area but struggled to find anything.

“I went through 32 houses, losing most to bidding wars,” shares Lockhart. “The only full houses now for rent in Bradford start at over $3K in price. Then with bidding for the affordable ones, and [other renters] offering a year of rent on top… [when] you see rent rates in Bradford as of today, who can afford it?”

A look on realtor.ca shows rental listings for a basement apartment in Bradford West Gwillimbury starting at $1,400-$1,500/month, and almost $4K/month for a full house.

It took Lockhart an additional five months before she found and secured the upper level of a three bedroom house in Newmarket for $2,200/month.

“It’s normal to offer a few hundred dollars more,” explains real estate agent Bijal Ojha of Century 21 Heritage in Newmarket. “So, if an offer comes in at $2,500 it’s normal to see offers of $2,600 or $2,700. There’s a shortage of places to rent, so this is the only way to secure a place. If we don’t do it, someone else will. It’s not right, but it is the reality right now."

Ojha adds other factors such as being on ODSP, social welfare, and having bad credit can get in the way of qualifying as a renter, so offering a little bit of extra money helps.

But sometimes that just isn’t enough.

Bradford resident Lisa Accardi Athanasiou lived near Scanlon Creek in Bradford for approximately eight years when her landlord suddenly passed away, forcing the landlord’s spouse to sell the house.

“We started looking in August even though the place wasn’t sold until December, and that was a nightmare," recalls Athanasiou. “We tried going with a realtor, thinking that would make it easier… but it wasn’t."

Athanasiou stays at home to take care of her husband who suffers from seizures. He collects disability payments (ODSP) while the couple’s three adult children work and contribute to the household rent and expenses. Athanasiou says that she and her family were turned down “multiple times” despite having good credit and several sources of income, and feels part of the reason was due to her husband being on ODSP.

“I had one place tell me no because they said my children will move out and it was too risky,” explains Athanasiou. “Another [landlord] wanted to understand why I didn’t work… what kills me is that even though we showed we could afford to rent as a family and we went through a realtor, landlords have some ridiculous expectations of what a tenant should provide. We had a booklet worth of info… it was like applying for a mortgage and it wasn’t enough!”

Athanasiou was able to find a new home through Kijiji and met with a landlord that "understood" her situation, but shares she is now paying a $1,000 more than her previous rent.

“The cost of living has not been increased on disability benefits,” she notes. “It’s been a struggle with Covid but at least we’re fortunate enough to have a roof over our head.”

For Barrie resident Melissa Giannone, it was an emotional struggle when her landlord’s alleged illegal actions caused her an ‘emergency move’ with police escort.

“I’m in therapy because of this,” shares Giannone, who rented a basement suite for $1,100/month for herself and her dog last summer, in the north end of Barrie.

Giannone assumed all was well, renting a little apartment from a landlord who is also a Barrie police officer, until he decided to sell the house. Giannone claims her landlord tried to "trap" her into signing an N11 notice (whereby both the tenant and landlord agree to end the tenancy).

Giannone claims the landlord locked her belongings in the laundry room, removed the door that was separating her unit from the tenants upstairs, and removed the oven door, trying to force her out of the home. Then, after discovering the unit was not a legal apartment to rent, the landlord had the locks changed forcing Giannone to retrieve her possessions by a police escort.

Giannone says she received numerous texts and phone calls from the landlord, which made her fearful, and even tried to get a restraining order. It was denied because her “life wasn’t in danger.”

Like many other renters, Giannone filed a complaint with the Landlord and Tenant Board which typically takes four weeks from the time a complaint is filed to the date of the hearing; however, due to a surge in filed complaints, the LTB is currently backed up by six  to 12 months.

“Since 2019, we’ve seen a 900 percent increase in the number of people joining the [Ontario Tenants Rights] group because their landlord is selling the property,” states Gilles Frenette, who is a volunteer moderator of the Tenant Networking Facebook group Ontario Tenant Rights. “So, it’s clear to us that there is a massive increase in small landlords selling their investment properties,”

The OTR group has grown to over 40,000 members in just three years and is backed by the experience of paralegals and Legal Aid Ontario advisors who often ‘chime in’ with their experience and knowledge of Landlord and Tenant Law.

“The system is designed so that the tenant always has the option to keep status quo,” explains Frenette. “And the onus is on the landlord (the seller of the property) to file for their (tenants) eviction.”

Frenette adds that if all paperwork is filled out properly, the system gives the landlord the ‘clear right’ to evict if the purchaser has requested vacant possession; however, the tenant can still seek to secure ‘discretionary delay of eviction’. Reasons for such a delay may include: having a medical condition requiring a certain type of accessible rental unit, having an unusually large family (and as such, difficulties finding a big enough space), and generally tight market conditions.

“Imagine, you’re a seller. You sign a deal promising vacant possession in 60 days [but] your tenant chooses to wait for a hearing. Bam! You’re in breach of contract. Penalties. Costs. Big mess for the property seller,” says Frenette. “And the tenant did nothing wrong. They’re simply accessing their rights.”

In accordance with information provided on the Ontario.ca website, if a landlord gives notice to terminate a rental agreement “in bad faith”, pending the circumstances of the case, a judgment made by the LTB may force the landlord to pay the tenant up to 12 months rent of the amount charged to the former tenant and must include reasonable out-of-pocket moving and storage expenses.

A reminder for tenants and landlords that there is a province-wide ‘rent freeze’ in effect for 2021.