The European Gypsy Moth (Lymantria dispar dispar) is an invasive species introduced to eastern North America from Europe in the late 1800s
May 4, 2021 7:00 PM By: BradfordToday Staff 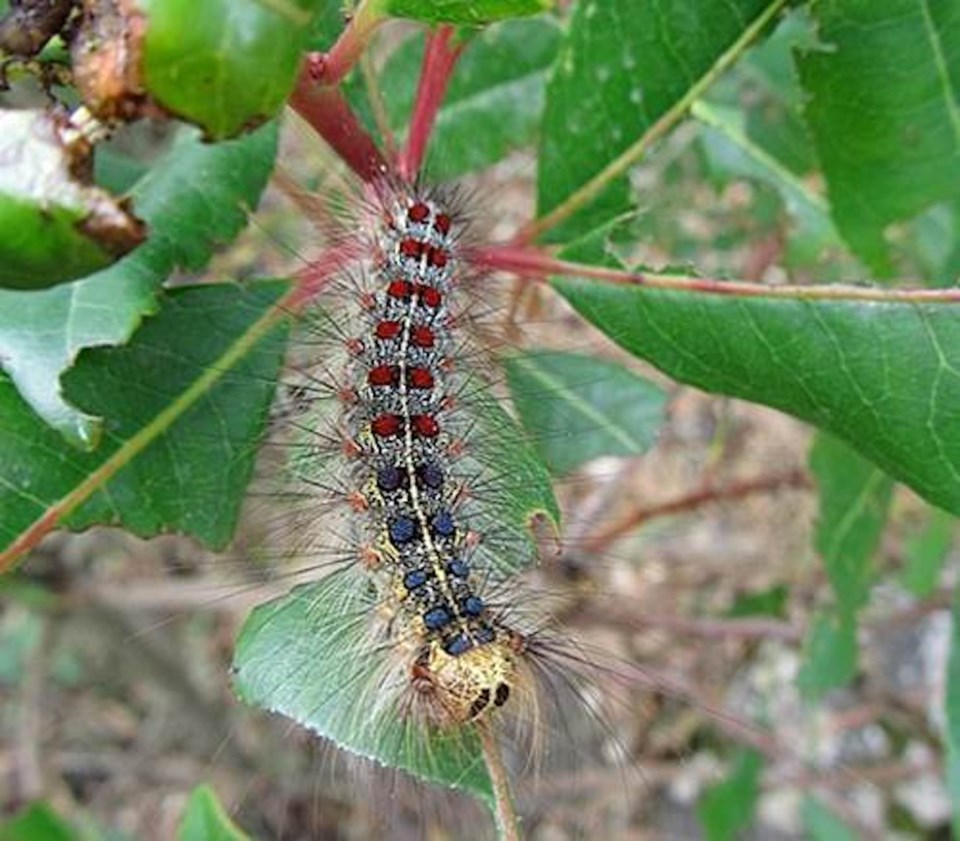 The invasive insect goes through cycles in which the population increases for several years and then declines. This year is predicted to be an outbreak year, based on observations and monitoring in 2020 and through the winter of 2021.

The caterpillar stage of the invasive moth is the most problematic. It eats leaves… A LOT of them. In fact, the caterpillar can consume as much as one square foot of leaves per day.

The caterpillar will feed on just about any tree, but its favourite species is the Oak. Healthy trees should be able to survive the onslaught, however if an outbreak lasts a few years, it can result in tree death.

There are ways to minimize the damage to the trees on your property:

Please do not use pesticides. They are destructive to the environment, contaminating our local waterways, and are harmful to our pollinator species and other wild animals.

Despite the fact that this is an invasive species, the caterpillars will be a source of food for local native species such as robins, blue jays, eastern towhees, red-eyed vireos, grey catbirds, Baltimore orioles and indigo buntings.

Further resources about Lymantria dispar dispar can be found on the York Region website.

* We recognize the term “gypsy” is culturally insensitive. In future, we will identify the insect as much as possible by its Latin name (Lymantria dispar dispar or LDD for short).

LSRCA’s mission is to work with our community to protect and restore the Lake Simcoe watershed by leading research, policy and action.