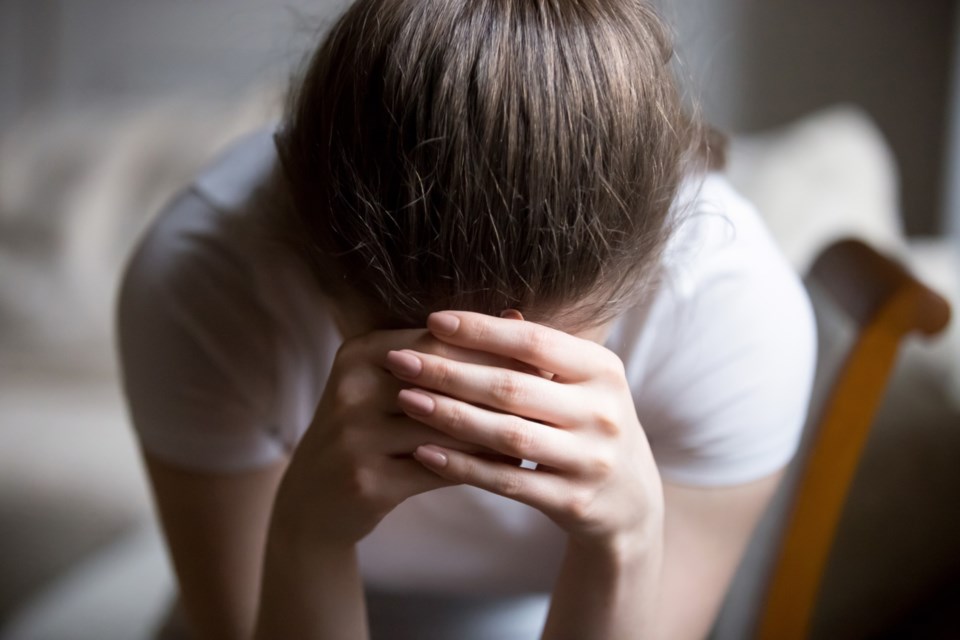 This article, written by Lisa Taylor, Ryerson University, originally appeared on The Conversation and has been republished here with permission:

Earlier this month, news broke that a Waterloo, Ont., sexual assault survivor was fined $2,600 after she pleaded guilty to violating a ban on her own identity. The story was met with surprise and outrage from lawyers, academics and advocates familiar with the laws of sexual assault.

While I’m as appalled as anyone at this miscarriage of justice, I’m not remotely surprised. It doesn’t take a deep read of the Criminal Code to see the defect. Our law makes clear that “any person” who violates the ban on the identity of a sexual assault complainant can be charged. Obviously, “any person” includes the complainant themself. So with these two words, the code effectively denies agency and voice to sexual assault survivors.

My research has explored the ways in which the ban effectively silences survivors who would like to speak publicly; it also offers guidance to journalists on how to ethically report on sexual assault, including how to best ensure that a survivor who wants to be identified does not face a criminal charge for going public with their story.

I’ve been told that the risk of a criminal charge following a complainant’s decision to break the ban on their own identity is merely theoretical — after all, surely prosecutorial discretion would never allow a sexual assault survivor to be sanctioned for telling their own story, right?

While it may have seemed unlikely until recently, it is not without precedent. In 2000, Member of Parliament Jack Ramsay was convicted of the attempted rape of a 14-year-old Indigenous girl in 1969 while he was an RCMP corporal in northern Saskatchewan.

Given Ramsay’s reputation as a “tough-on-crime” politician, and the violation of trust he committed, his sentencing was high-profile. The woman Ramsay attempted to rape told a CBC reporter that she would do an interview only if her identity was revealed, an act she said was part of her “spiritual healing journey.”

After the interview was broadcast in a report that used the complainant’s name and showed her face, a charge of breaching the ban was laid … not against the courageous survivor but against the CBC; the broadcaster was found guilty and fined $2,000.

In the case out of Waterloo, there was no media scapegoat for the Crown, because it was the woman herself who shared the unredacted transcript with family and friends. And it was the perpetrator who complained after he learned the transcript was shared.

To be clear, the complaint that gave rise to the woman’s guilty plea was one of unvarnished self-interest on the part of a convicted sex offender taking action against his victim.

Who is the ban protecting?

This isn’t the first time we’ve seen courts exhibit a concern for the reputational interests of sexual assault perpetrators.

A 1998 Ontario case, for example, saw three survivors who were sexually abused as children by their grandfather lose their bid to have the ban on their identities lifted. While the judge acknowledged that speaking publicly was part of the survivors’ “attempt to bring some closure and some healing to this sad and tragic event in their lives,” he upheld the ban because rescinding it might expose “their grandfather and other members of their family … to closer inspection, and possibly ridicule, by the greater community.”

This ban has never really been about protecting the identity of the sexual assault survivor; if it was, it would be in effect from the time of the assault. Instead, the ban on a survivor’s identity isn’t imposed until after someone is charged with sexual assault, and makes their first appearance in court.

Given that a court arraignment is the necessary precondition for a ban to be imposed, if no one is charged, then there is no ban on the survivor’s identity. Why are victims of unsolved crimes less worthy of protection than those whose assault leads to a criminal charge?

Can a sexual assault survivor speak freely to anyone?

Recently we’ve seen examples of sexual assault complainants who have either refused the ban in the first place or later asked a court to rescind it, including in the high-profile cases of former CBC broadcaster Jian Ghomeshi (who was later found not guilty) and former anesthesiologist George Doodnaught.

The woman at the centre of the Waterloo case didn’t reveal her identity to a journalist — she shared with family and friends, people who almost certainly had pre-existing knowledge of the matter. So what does this tell other sexual assault complainants? Can they talk to their friends? Can they share in a group counselling session?

So the alternative is that any sexual assault survivor whose identity is banned should have the ban lifted if they wish to speak publicly, right?

Well, it’s not that easy. Jane Doe is the sexual assault survivor who sued the Toronto police after they failed to warn women that there was a serial rapist in their midst. Doe’s research led her to conclude there’s little consensus on the ban’s purpose and scope, nor is there agreement on how to rescind it … and there’s certainly nothing written into the Criminal Code that sheds light on the problem.

Some well-resourced complainants have hired lawyers to fight the ban, while others have reached out directly to Crown prosecutors to seek a resolution; such efforts, however, are not within the means of all survivors.

The clearest path out of this problem already exists in Canadian law — the Youth Criminal Justice Act (YCJA) offers a straightforward remedy to an unwanted publication ban. Under the YCJA, anyone who was previously accused of a crime can unilaterally lift the ban on their own identity as long as they are not in custody on a YCJA matter and they are at least 18 years old.

There’s no need to hire a lawyer, petition a prosecutor or make their case to a judge.

Sexual assault complainants deserve a similar, statutorily defined process to shed this ban. Instead, they face a choice between flouting the law or engaging in a battle where they will almost certainly face a lack of clarity about the process and paternalism from the other parties involved; they may also be forced to make significant financial and emotional investments just to be able to speak openly about their experience.