Elyse Saunders is marking the official music video release of her single and current Canadian radio release, Free, with a live show Aug. 25 at the Stardust Drive-in
Aug 14, 2020 5:30 PM By: Debora Kelly 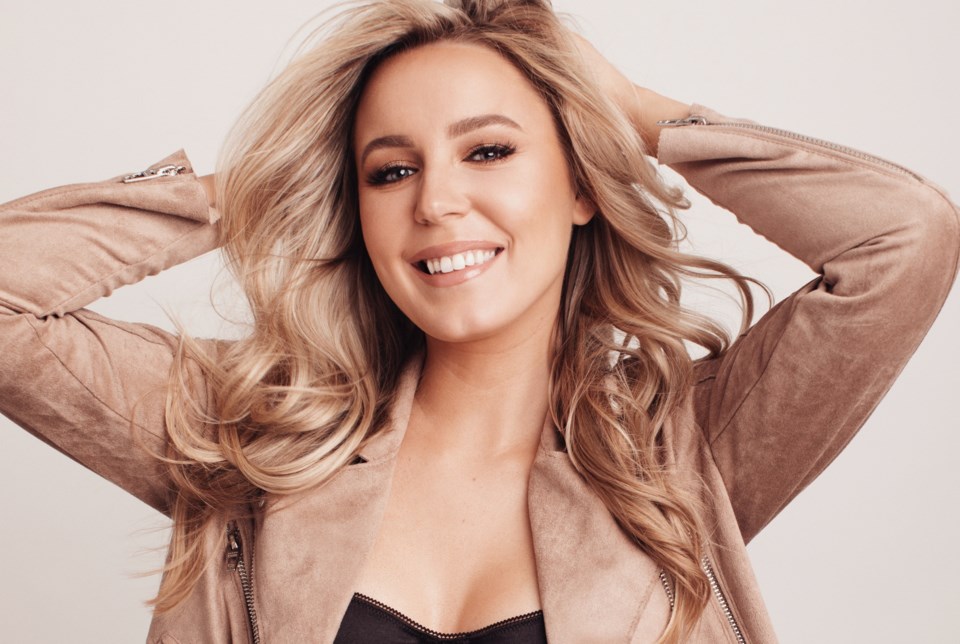 Canadian recording artist Elyse Saunders is marking the release of her summer single Free with a live show at the Stardust Drive-In in Sharon Aug. 25. Supplied photo. Liz Rosa Photography

Canadian recording artist Elyse Saunders is celebrating the official music video release of her summer single and current Canadian radio release, Free, along with an upcoming live show Aug. 25 at the Stardust Drive-in in Sharon.

So far, the single has earned more than 400,000 Apple Music streams, while the video is closing in on 75,000 views in its first two weeks. The music video was produced by

Free, co-written by Saunders and Shawn Moore, and produced by Dan Swinimer (Madeline Merlo, JoJo Mason), is an upbeat country song that blends electronic-pop elements and an acoustically driven rhythm with soaring vocals.

The summertime story at the heart of the song carries a deeper message for the Peterborough native.

“I believe there's something really beautiful about celebrating life and just taking in the moment. Free takes me back to simpler times when I was younger and there were less responsibilities. It’s when a day at the beach enjoying the sunset and watching fireworks was really important to me. I’ve come to learn that it’s these experiences with the people in my life that matter. It’s important to slow down and soak in these quality moments. We need to make time to be free and this single is a reminder of that,” Saunders said in a news release.

Free is also the first in an exciting wave of new music from Saunders through her new collaborations with Swinimer, as well as with co-producers Paul Shatto and David Wills (The Higgins, Robyn & Ryleigh). All part of her planned album — also called Free  —  these songs will capture her artistic freedom and authentic ability to explore different sectors of the commercial country universe.

Passionate about her high-energy live performances, Saunders has taken to the stage in more than 350 live shows in North America, including opening at 2019 Canadian Music Week for David James and Kira Isabella and a 2020 FEO Showcase last February.

Her 2017 single, Rise, went Top 20 after Toronto DJ Danny D released a dance remix of the song on Z103.5. The single continues to build momentum today with an upcoming television placement at the 2020 Summer Olympics. Her 2019 release, Feel You Leaving, can be heard on Sirius XM – CBC, with more than 45,000 views on her music video and the single was also selected as a semi-finalist for the International Songwriters Competition out of 19,000 submissions globally.

With most live shows being on hold during the COVID-19 pandemic, she has spent time supporting the release of Free with a weekly vlog series on YouTube and connecting with her fans in real-time through regular Facebook Live chats.

“We all have a place in our hearts and minds where we feel free and liberated. I want people to hear this song and be reminded of those moments that take us there and to never lose them," Saunders said. "Life can be confusing — especially right now — which makes it even more important to slow down and enjoy quality moments. Keep that high alive!”

You can purchase tickets here to hear Saunders live Aug. 25 at 7 p.m., prior to the movie, at the Stardust Drive-In at 893 Mount Albert Sideroad in East Gwillimbury, on Newmarket's border.

BEYOND LOCAL: Experts weigh in on what should you do with cash saved during the pandemic
Sep 22, 2020 8:55 PM

Inquiry demanded over millions lost in Barrie and other developments
Sep 22, 2020 5:30 PM
Comments
We welcome your feedback and encourage you to share your thoughts. We ask that you be respectful of others and their points of view, refrain from personal attacks and stay on topic. To learn about our commenting policies and how we moderate, please read our Community Guidelines.