The dangers of energy drinks 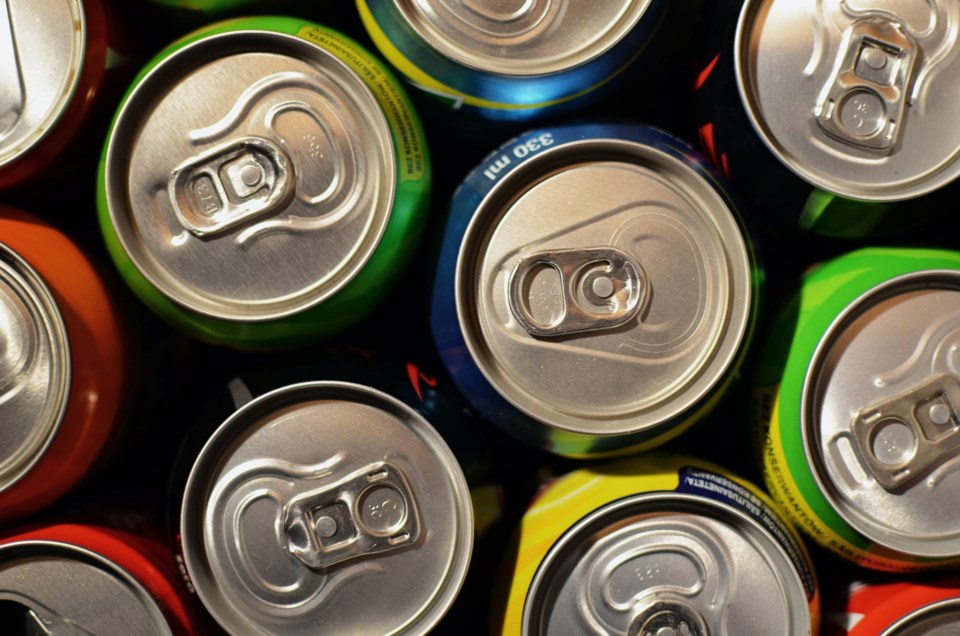 I’m a young reader of your column. I wanted to know if you have any knowledge of energy drinks and the long term effect of using them. I started about two years ago when I didn’t get enough sleep and had an exam and now I need them at least a couple times a week and overall I need more caffeine to get going in the morning. I sometimes used to take them for energy when going out because I don’t want to drink. Is there any data that these are damaging to my health?

Thanks for reading and writing in! This is a super question, as the global energy drink market is expected to reach $72 billion by 2024. And it’s largely unregulated. In fact, consumer investigation has shown the companies in question don’t always accurately disclose caffeine levels. This is while beverages are getting larger and larger! They can contain up to 500mg of caffeine per can or bottle, compared with 100mg in a typical cup of coffee or 50mg in a normal can of soda. They can also contain a lot of sugar - 18-63g, depending on the brand. For a great list of popular beverages and their sugar content, go here. Note that many energy drinks are now using artificial sweeteners to be more attractive to young people, but the adverse health impact of artificial sweeteners is well documented. Those concerned about their health are best to avoid it if they can.

You may not be surprised to find out that energy drinks are targeted at young consumers (teens to 35). But even children are consuming them now!

So what’s the harm?

Almost everyone likes a good caffeine buzz - and who doesn’t like extra energy? So what’s the harm really? Well, a growing body of science reports that energy drinks can have serious, detrimental health impacts.

Some studies suggest caffeine is actually dehydrating to the body. We know caffeine is a diuretic, which makes us lose water. This can be especially dangerous when mixed with alcohol, which is also seriously dehydrating, or when taken by those who are already losing a lot of water via sweat - like athletes.

We also know caffeine impacts sleep and can cause wakefulness, so it’s no surprise that sleep disturbances are on the list of health impacts of energy drinks. What we may not realize is that even a slight reduction in sleep causes far more accidents and heart attacks, as seen with daylight savings each year. Losing just an hour of sleep causes a huge spike in heart attacks, car accidents, industrial accidents, suicides, and more.

We also know caffeine is a stimulant. While it can pick us up, it can also cause an increase in stress hormones we don’t need more of. One study published in JAMA found that after consuming a 16 oz energy drink the participants had a 74% in norepinephrine. This is more commonly known as the fight or flight hormone. This hormone can be associated with feelings of strength and elation, but also with panic and anxiety attacks, elevated blood pressure, and hyperactivity. In sensitive people it can cause extreme mania, grandiosity, and even psychosis. In fact, CAMH has banned energy drinks on their in-patient units because of the associated difficulty managing patients after they have consumed it. The cocktail of excessive caffeine and sugar often exacerbates mental health symptoms severely.

The increase in norepinephrine also explains the habit forming behaviour around energy drinks: after norepinephrine comes an energy and mood crash that can bring on extreme fatigue and depression. So it would seem to the now exceedingly sleepy or sad brain that the best fix would be a little pick me up. You can see how it would be easy to develop a habit where these drinks are concerned.

They keep you awake and can make you moody, so what?

Well, that’s not all. Energy drink emergency room visits are not uncommon. In fact, between 2007 and 2011, they were noted to double. And there are no signs of that trend stopping as these drinks become more popular.

There were also 5,126 poisonings related to energy drinks reported to U.S. poison control centres between 2010 and 2013. Most concerning: greater than 40% of these were involving children. Clearly the impact of these drinks may be amplified in younger persons. We can finger point at parents here, but nobody has 100% control of their kids 100% of the time. And if they are government approved, people assume they are safe.

In Canada they are approved by our food and drug agency as a food, and as such, they are regulated. Health Canada has:

In the United States energy drinks aren’t yet FDA approved or regulated because of controversy about which category they fall under, although there is pressure from doctors, researchers and public health experts for tighter regulation.

I wish it were that simple. As well as stimulating mood, caffeine drinks stimulate the heart. Studies show they have an almost immediate impact on blood pressure and heart rhythm and can quickly cause heart palpitations. It’s advised that anyone with high blood pressure or heart rhythm disorders use extreme caution when using energy drinks. In addition, there are a number of reports of cardiac arrest in young people after having consumed energy drinks, with several large lawsuits filed claiming harm and death, and others over labelling and misrepresentation.

There have been a number of deaths linked to the consumption of energy drinks:

The autopsy in the case of a 14 year old girl revealed that the girl died from cardiac arrhythmia from caffeine toxicity. The same was determined to have happened to another 16 year old boy and neither were known to have pre existing heart conditions. This is not even going into what happens when energy drinks are mixed with drugs or alcohol, which is common in the younger crowd and is known to amplify the risks.

The takeaway here is that just because it’s freely available, it may not be a good idea to reach for energy drinks for energy. There is evidence they can be habit forming and can have a huge list of associated health risks. I recommend a healthy diet and exercise with good sleep patterns and regular sun exposure for energy. This will serve you far better in the long run.

I’m always impressed when young people are interested in taking care of their health better. So thank you, Simone, for reading and for writing in, Simone! I would love to hear from other young people. Later this year I have a plan in the works to roll out a peer-led diet program for youth who struggle with healthy weight. This will be a community based, whole foods, let’s get excited about cooking sort of program. If that’s something you would be interested in participating in, please reach out to get your name on the list and learn more.

As always, if readers have their own health questions, I welcome them. Just send me an email at nonienutritionista@gmail.com. Readers can sign up for my free newsletter at hopenotdope.ca to stay abreast of health news and upcoming events. Thanks for reading!