There's no place like Bradford! Youth-run theatre to put on Wizard of Oz musical

The Bradford Arts Centre’s youth summer program allowed youth to design a musical and get artistic experience
Aug 27, 2018 9:00 AM By: Miriam King 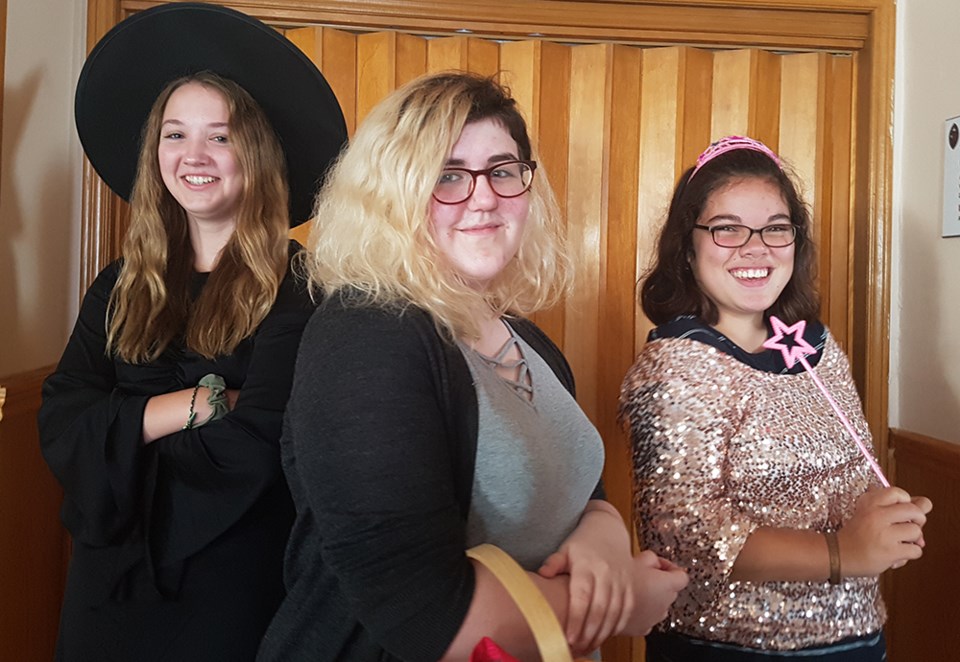 The Bradford Arts Centre’s Strengthening Youth and Community through Art (SYCA) summer program has been a success, said Rebecca Barak and Amelia DePiero.

Barak, who has a background in marketing and communications, and DePiero, who is studying music and vocals in university, were hired with the assistance of a Canada Summer Jobs grant to ‘mentor’ youth at drop-in sessions at the centre during the summer.

Three evenings a week during July and August, youth ages 14 and older could drop in, explore the arts, build friendships and share a weekly meal – and, under the guidance of Barak and DePiero, prepare to put on a performance of the The Wizard of Oz.

Attendance has been the biggest challenge, said De Piero. “It’s drop in – they just come when they have free time.”

At first, only three young people came out. But over the summer, those three brought their friends, and younger siblings, as interest in the musical production grew. The siblings, in particular, “helped our munchkin population,” laughed Barak.

Now, with a week remaining in the program, the youth are ready to perform The Wizard of Oz in front of an audience on Aug. 29 at the Bradford Arts Centre.

It’s a stripped-down version of the original 1939 movie, which the teens all watched together before they started rehearsal. And even though not every youth has been able to attend every session, “they’ve been working hard on their own,” Barak said.

“We’re trying to push them a little bit out of their comfort zone, to make it a new experience,” said De Piero, but the emphasis is on fun. No one has to memorize their lines, she said. “We’re going to have scripts. And some of them aren’t going to sing.”

The challenges have varied, for each young player. Wicked Witch of the West Nicole Hoben, who is naturally friendly and kind, had the biggest struggle with “getting into character… and cackling.”

“For me, it’s being confident,” said Rachel Bruce, who plays Glinda the Good Witch. “Glinda’s like, confident queen lady.”

The lead role of Dorothy is being played by 15-year-old Kylee Morris. The biggest challenge, she said: “I think probably having to act younger.” Dorothy is 10 years old in Wizard of Oz.

DePiero pointed out Judy Garland was 15 when she took on the iconic role, so “there’s real life symmetry here!”

Not only will the SYCA thespians be singing and acting, they have also designed and made all of the sets and props, bringing an element of visual arts to the program.

While several of the youth have performed on stage before, “it’s super nice to see kids who haven’t done shows before sticking their toes in,” said DePiero.

And on Aug. 29 at 7 p.m., the community is invited to come out to the Bradford Arts Centre at 66 Barrie St., and see for themselves how the arts can strengthen youth and community. Admission is by donation.