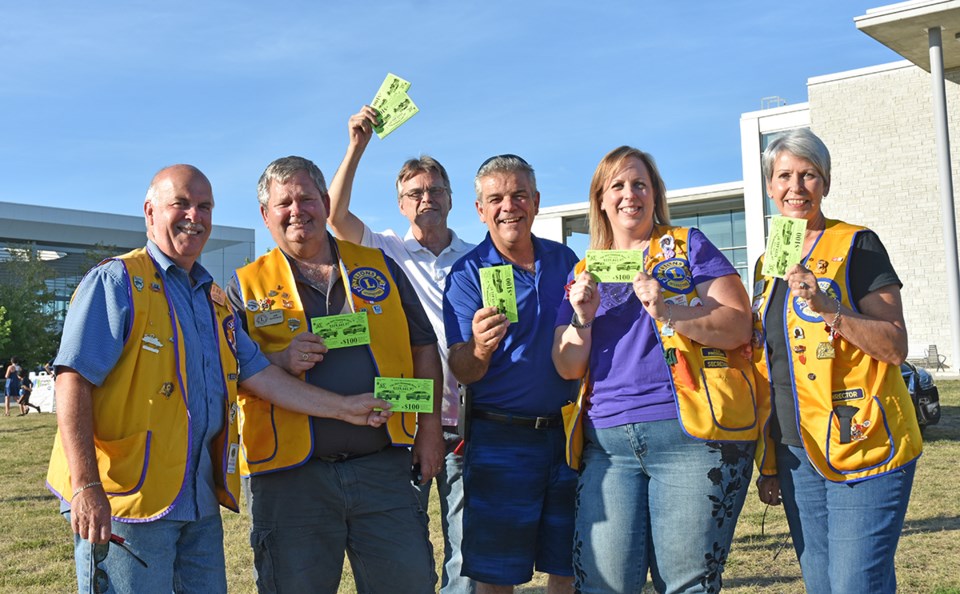 Tickets are selling fast for the Bradford Lions Club annual Mammoth Draw — a draw for more than $119,000 in prizes, including cash and vehicles.

The draw is a major fundraiser for the club, which has been serving the community for “over 70 years,” said Bradford Lions Club’s First Vice President Jim Slykhuis.

The local Lions have paid for accessible additions at the old Bradford Community Centre, sponsored the aquatics centre at the BWG Leisure Centre, built new ball diamonds at Joe Magani Park, and, most recently, have pledged funds for the new Henderson Memorial Community Park.

It is all made possible by the community’s support of the Mammoth Draw, and their purchase of the $100 tickets — each of which admits two people to the draw, held Sept. 8 at the community centre. The evening includes a beef buffet dinner, social gaming night, and live entertainment.

Only 1,700 tickets are available — and, Slykhuis said, they are going fast. By mid-July, they are 75 per cent sold out, he said.

The Lions are hopeful the tickets will sell out by Aug. 18, when the second of three early bird draws for $1,000 will take place at Carrot Fest.

It would be “a first,” said Slykhuis — the first time tickets had sold out so early — and a sign of the community’s support for the Lions.

Tickets are available at 905-775-9170 or from any Lion, and at selected retail outlets, including Bradford’s Canadian Tire, Bradford Rental Sales & Service, Leo & John’s Car & Truck Sales, and Bradford Print Shoppe.