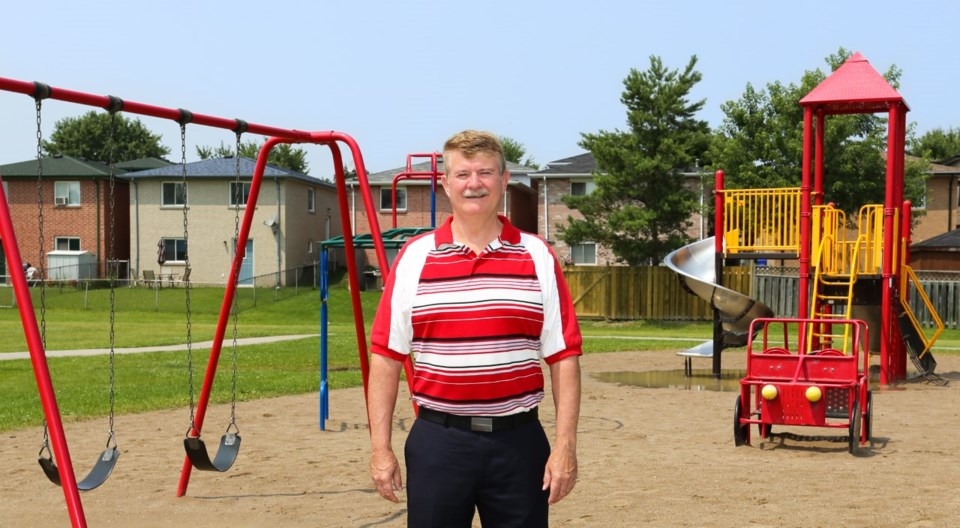 Ward 2 Councillor Gary Baynes is a Bradford native, he has lived in the town his whole life/Submitted Photo

This spring, Bradford residents can look forward to the addition of a new baseball diamond at Magani Park on the 11th Line.

In Tuesday night's town council meeting, Mayor Rob Keffer said the town is looking at naming the diamond after late Ward 2 Councillor, Gary Baynes, who was as passionate about sports as he was the town.

Baynes was a Bradford native, born and raised on his family's dairy farm on the 5th Line. He was elected as the Ward 2 councillor in 2014 — representing the section east of Barrie Street in between 6th and 8th lines — and was re-elected in 2018 for the 2018-2022 council term.

Baynes was a star athlete in his youth and played many sports including basketball, soccer, volleyball, badminton, and track and field. But his favourite was fastball, which he played competitively for Bradford’s Queen’s Hotel team, among a few others in the area.

Councillors supported the idea of naming the ball diamond after Coun. Baynes.

"Gary lived and breathed sports," said the mayor. "He represented us all over the province and was a provincial champion...and I think it would be a good opportunity to name something after Gary Baynes."

After a lengthy illness, Baynes passed away peacefully surrounded by family last July. The town came together lining the streets of his ward, honouring him in a farewell procession in early August.

This won't be the only tribute to the late councillor.

Cachet Homes is naming one of the streets in their new subdivision off Dissettee Street 'Baynes Way' as a way to remember and honour the late councillor.