A Ward Boundary Review for Bradford hasn't been done since 2009; the population growing by more than 40 percent since then
Feb 23, 2021 7:45 AM By: BradfordToday Staff 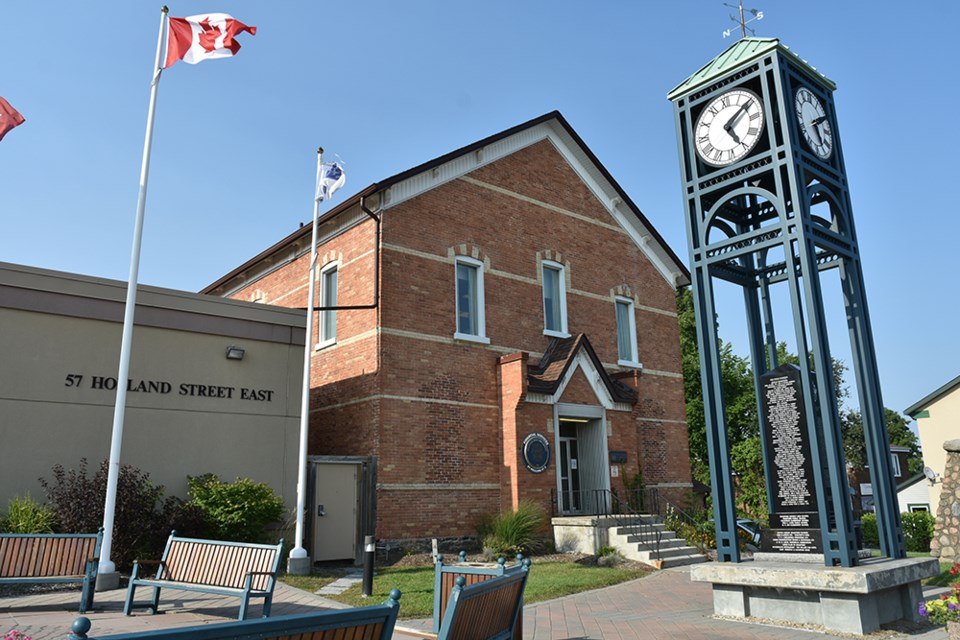 Bi-colored brick neo-classical building at 61 Holland E. used to be the Old Town Hall; it now houses BWG’s finance department. Built in 1862, it survived the great fire of 1871 – but a clock tower on the roof was destroyed in a storm, in 1875. Miriam King/BradfordToday

The Town of Bradford West Gwillimbury is conducting a ward boundary review and is looking for residents' input.

The last time a ward boundary review was conducted was in 2009, and since then the town's population has grown by more than 40 percent.

As the town continues to grow, the proportion of residents in each ward has become uneven. A review of each ward and a council composition review will help to develop ward boundary options and assess whether the current number of councillors should be changed.

Currently, there are nine members of council including seven ward councillors, a mayor and a deputy mayor. As per Ontario legislation, a municipal council must consist of at least five members.

Ward 1 which encompasses the area of Sixth Line to the south, Holland Street West to the north, 10th Sideroad to the west and Melbourne Street to the east, had the largest population with 7,600 residents, a variance of 1.51.

Compare that to the smallest ward, Ward 3, encompassing the Marsh area with 1,800 residents, which has a variance of 0.36.

The purpose of the review is to ensure each resident is represented equally and their voices are reflected in council's decision making.

The review is being conducted by Watson & Associates Economists Ltd. in association with Dr. Robert J. Williams and will prepare population projections up to 2030 and evaluate electoral structures for the 2022, 2026 and 2030 municipal elections.

The review process will be broken down into nine separate tasks, with a goal of completion by September 2021.

Up until April, consultants will be assessing council composition and the current ward boundaries to develop alternative designs.

Public consultations will begin in March to advise the public on their feedback.

Residents are encouraged to take part in the recent ward boundary review survey and attend the virtual public consultation on March 1 or March 4.

Support your child’s mental health with children's wellness books from the BWG Library
Mar 6, 2021 10:30 AM