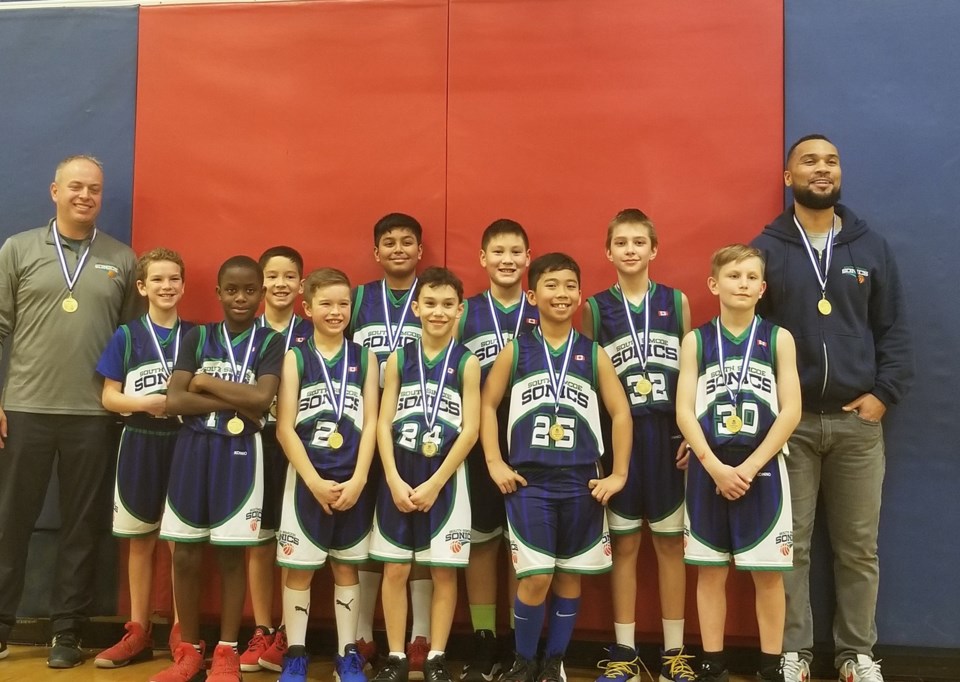 NEWS RELEASE
SOUTH SIMCOE SONICS
*************************
With their first tournament as a team under their belt, the South Simcoe Sonics U11 boys raked in a gold medal finish this weekend at the Barrie Royals Winter Classic two-day tournament.

The tournament started off with a very convincing, 36-point win over the Gladiators. After another solid 17-point win against Brooklin Elite, the boys knew that the next two games were going to be the hardest.

With a bit of a rocky start to Sundays game against the hosting team, Barrie Royals, the Sonics found themselves down the furthest they had been the entire tournament. But with amazing team work, ball movement, and defense, they came back with a solid 22-point win over the Royals, a team that they had been defeated by a handful of times over the course of last season.

To wrap of the tournament, the Sonics met with the Orillia Lakers. The hardest game of their season to date. They ran into a new defense set up that they had yet to see, but with some back and forth and quick adjustments, the boys fought hard to a nine-point win.

With that, being the only team in the tournament to win all four of their games, the boys placed gold!

Being the first year together, the boys have lots of growth on the horizon, but with heart, determination and overall passion for the game, it should be a very exciting (and entertaining) season for these ballers!