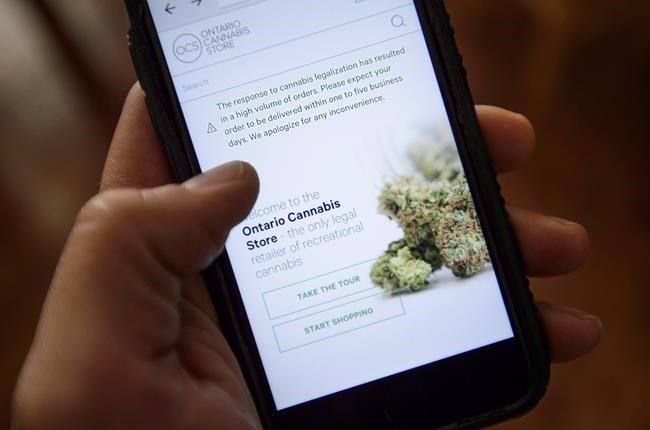 The provincial pot distributor says Haig was chosen because of his experience in retail and logistics that he earned while in key positions at Hudson's Bay Co., Zellers, Giant Tiger and Danier.

Haig succeeds Cal Bricker, who took a leave from being the Ontario Lottery and Gaming Corp's senior vice-president of horse racing to lead the OCS a year ago.

The OCS says Bricker is moving on from his role at the organization, but did not specify what he has planned next.

In the coming months, Haig will oversee distribution to new retail stores.

He will also lead the OCS as it closes its Oakville distribution centre to make way for a new one in Guelph that can support a wider range of products and innovation.

This report by The Canadian Press was first published September, 28, 2020.

Companies in this story: (TSX:HBC)

The Latest: WHO says national lockdowns can be avoided
Oct 26, 2020 1:58 PM
Comments
We welcome your feedback and encourage you to share your thoughts. We ask that you be respectful of others and their points of view, refrain from personal attacks and stay on topic. To learn about our commenting policies and how we moderate, please read our Community Guidelines.