TORONTO — Alek Minassian was not psychotic before, during or after he drove a van down a busy Toronto sidewalk killing 10 people and injured 16 others, a renowned forensic psychiatrist testified Thursday. Dr.
Nov 26, 2020 5:00 PM By: Canadian Press 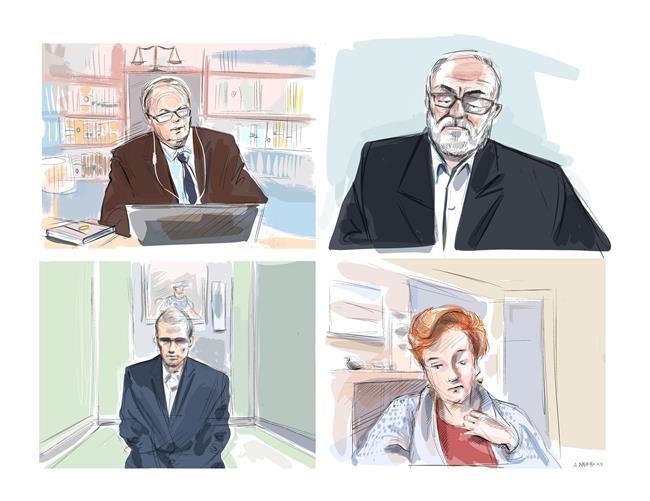 TORONTO — Alek Minassian was not psychotic before, during or after he drove a van down a busy Toronto sidewalk killing 10 people and injured 16 others, a renowned forensic psychiatrist testified Thursday.

Dr. John Bradford said the 28-year-old from Richmond Hill, Ont., has never shown any symptoms of psychosis and, in his opinion, does not meet the test to be found not criminally responsible for his actions on April 23, 2018.

"I did not observe nor was there any history from family or other sources that there were signs of, or symptoms present, before the incident and, in my opinion, during the incident or after the incident," Bradford said.

Minassian has pleaded not guilty to 10 counts of first-degree murder and 16 counts of attempted murder. He argues he should be found not criminally responsible for his actions on the day of the attack due to autism spectrum disorder.

Bradford, who has evaluated some of Canada's most notorious killers including Robert Pickton, Paul Bernardo and Russell Williams, said Minassian has not shown any signs of delusions or hallucinations.

Bradford, who was called by the defence to testify, became involved in the case when court ordered Minassian to undergo a psychiatric assessment in 2018.

He told court, which is being held by videoconference due to the pandemic, that more than 90 per cent of those found not criminally responsible in Canada have a psychotic condition, such as schizophrenia.

Minassian has admitted in court to planning and carrying out the attack, leaving his state of mind at the time of the attack the sole issue at trial.

Court has heard that only one psychiatrist, Dr. Alexander Westphal, is expected to testify that Minassian is not criminally responsible for his actions due to autism spectrum disorder.

Those under the throes of psychosis are the "traditional pathway" to a finding of not criminally responsible in Canada, Bradford said.

Bradford, however, left the possibility open for a "theoretical pathway" to being found not criminally responsible through autism spectrum disorder, although he reiterated numerous times that was not his opinion.

Bradford said he had only heard of one case in Canada where autism spectrum disorder was used to raise a not criminally responsbile defence, but that it was related to a youth and was not contested in court.

There have been a few other cases in the country, but those involved people with both autism spectrum disorder and a psychotic disorder, he said.

Court heard there have been a few cases outside the country, but it remains an extremely rare defence, and an unprecedented one in Canada.

Bradford said there is some type of link between autism and mass murder, although it is poorly understood.

He said a small number of people, about a handful of people with autism spectrum disorder have committed mass homicides or serial killings and notes that those with the disorder are far more likely to be victims of violence.

"There seems to be some relationship between autism and mass homicide," said Bradford.

He said he saw Minassian 17 times while a team evaluated him at St. Joseph Healthcare Hamilton, starting in the summer of 2018, a few months after the attack.

He said Minassian tried to kill himself in jail by drinking soap just prior to being transferred to the hospital, so he was kept under suicide watch for a period.

However, no suicide note has been found nor was any type of manifesto found, he said.

"We never saw him be depressed, but he was regarded as suicide risk," he said. "It didn't seem to be coming out of depression. His affect was quite flat."

Bradford also said Minassian is not a psychopath. He said Minassian has lied a few times, but nothing on the scale of someone with psychopathy, which is more appropriately referred to as anti-social disorder.

He said Minassian has no history of violence, no child delinquency or anti-social behaviours.

"He does have problems with empathy, but I believe that comes from the autism spectrum disorder as opposed to anti-social personality disorder or psychopathy," Bradford said.

Dr. Rebecca Chauhan, a forensic psychiatrist who works with Bradford, previously testified that Minassian's autism spectrum disorder left him fixated on mass killings and vulnerable to the ramblings of an American mass murderer.

Both psychiatrists said Minassian has had a long interest in mass murders. Court has heard Minassian fantasized about shooting students at his high school, but never acted on it in part because he did not know how to get a gun.

Minassian has told various doctors his motivation for the attacks ranged from notoriety to revenge against society for years of rejection by women to anxiety over starting a new job.

This report by The Canadian Press was first published Nov. 26, 2020.