CALGARY — Projects that qualify to sell federal greenhouse gas emission credits to offset industrial carbon taxes will have to have been started in the past four years and go "beyond business-as-usual practices" under proposed regulations unveiled by
Mar 5, 2021 3:58 PM By: Canadian Press 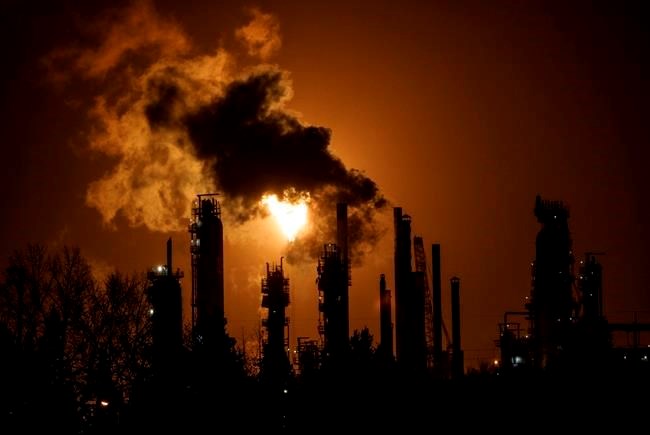 CALGARY — Projects that qualify to sell federal greenhouse gas emission credits to offset industrial carbon taxes will have to have been started in the past four years and go "beyond business-as-usual practices" under proposed regulations unveiled by Ottawa.

To qualify for federal GHG credits, projects must be situated in Canada, have been started after Jan. 1, 2017, and offer "real, additional, quantified, unique and permanent GHG reductions," Environment and Climate Change Canada said Friday.

Some of those provisions are concerning for Canadian farmers because they mean the sector won't be rewarded for responsible practices they've been adopting for decades, said Drew Spoelstra, a grain and dairy farmer who is also a vice-president with the Ontario Federation of Agriculture.

"Farmers have been doing a lot of good environmental work for a number of years. This didn't just happen overnight," he said on Friday.

"We've been doing things like following no-tilling and best management practices for a generation almost."

He added there's a potential for farmers to be a "huge generator of credits" if the federal program is set up properly, adding the OFA intends to take part in a 60-day comment period ending May 5.

Final regulations are to be established by next fall.

“The development of the federal greenhouse gas offset system will mean farmers can be recognized and rewarded for reducing greenhouse-gas emissions on their farms by implementing practices that improve the carbon sequestered in their soil," added Agriculture and Agri-Food Minister Marie-Claude Bibeau.

In a briefing, officials said Friday the federal program will not compete with credits generated under similar programs offered in provinces such as Alberta, British Columbia and Quebec but will instead complement provincial programs.

Approved carbon offsets can only be used once, they said, adding one credit will be issued for each tonne of carbon dioxide equivalent reduced or removed from the environment.

The projects will have to be registered, approved, monitored and face third-party verification before credits can be sold to industrial buyers for use to offset their applicable greenhouse gas emissions and thus reduce their carbon tax costs.

In December, Ottawa announced a $15-billion plan to meet its climate change commitments that included steady annual increases to its carbon tax from $50 per tonne in 2022 to $170 per tonne by 2030.

Canada wants to get to a 32-per-cent reduction in emissions by 2030, slightly more than its 30-per-cent Paris agreement commitment.

The officials said Friday the federal government will be developing protocols going forward to govern regulations for various types of offsets.

It said the duration of the crediting period would be up to 30 years for forestry projects, up to 20 years for other biological sequestration projects and eight years for all other project types.

Monitoring for the biological carbon sequestration projects will have to be submitted annually for the crediting period and 100 years after, it said.

This report by The Canadian Press was first published March 5, 2021.