Yukon premier and cabinet sworn in after striking agreement with NDP

WHITEHORSE — Yukon Premier Sandy Silver and his cabinet have been sworn in after the Liberals forged an agreement with the New Democrats to work together in governing the territory.
May 3, 2021 11:08 PM By: Canadian Press 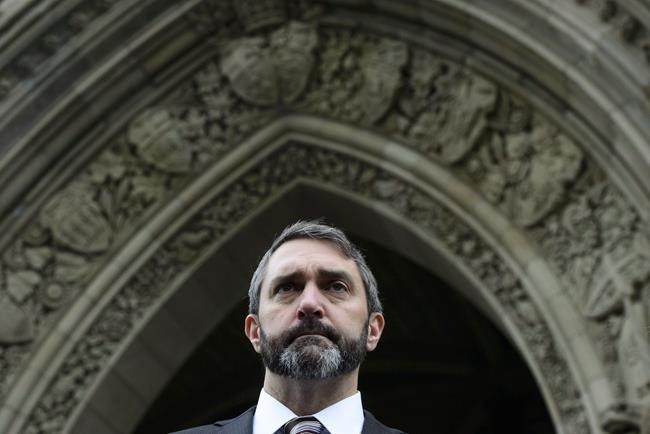 WHITEHORSE — Yukon Premier Sandy Silver and his cabinet have been sworn in after the Liberals forged an agreement with the New Democrats to work together in governing the territory.

The swearing-in ceremony on Monday came three weeks after the incumbent Liberals and the Yukon Party both won eight seats, each falling short of a majority, while the NDP won three seats.

Silver and NDP Leader Kate White jointly announced last week that they'd reached a confidence and supply agreement to last until January 2023. The arrangement is similar to one made four years ago between B.C. Premier John Horgan and the Green party before the New Democrats won a majority last fall.

Silver began his second term as premier after losing a key cabinet minister who held the posts of both health and environment, though most of his previous cabinet was re-elected.

Pauline Frost finished in a tie with her NDP opponent but Annie Blake was chosen as the winner after the drawing of lots, though Frost has filed a petition in Yukon Supreme Court to declare the results invalid.

The petition alleges two voters in the riding were ineligible to cast ballots.

Silver told reporters after the ceremony that Frost was a leader on multiple fronts in both government and in her community.

"Over the last four-and-a-half years she was absolutely instrumental to us, not only getting the vaccine early but also instrumental in making sure that we distributed it equally and be the first jurisdiction in North America to have general population vaccination," he said.

Tracy-Anne McPhee is the new minister of health and justice after leading both the education and justice ministries.

The government will focus on bringing recovery from the pandemic, providing more affordable housing as well as services for those struggling with substance use and mental health issues, Silver said.

Late Sunday, his office released a series of inappropriate text messages that two Yukon Party members of the legislature sent to a group text that included Silver.

The premier said in a statement that the texts were being shared with the media because “Yukoners should be aware of the culture that is considered acceptable within the Yukon Party.”

The texts forwarded by Silver's office included one in which Yukon Party Leader Dixon Currie apologized to Silver, saying "political differences should never get personal."

In a statement Monday, Currie said two former cabinet ministers who sent the texts "will not be given the privilege to sit on any legislative committees, nor will they be given critic roles when we establish our shadow cabinet.”

Stacey Hassard and Wade Istchenko each said in the statement from Currie's office that their actions were “immature.”

— With files from CKRW

This report by The Canadian Press was first published May 3, 2021.