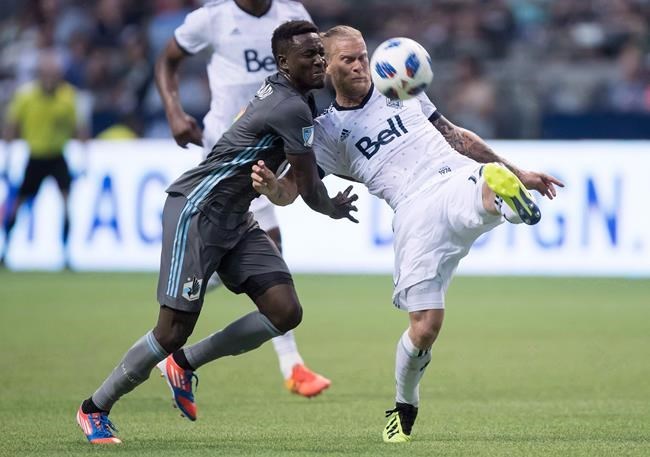 The 34-year-old left back won 56 caps, including 48 starts, for Canada with three goals and two assists. He captained Canada on the occasion of his 50th cap.

He represented Canada in three cycles of World Cup qualifiers and five editions of the CONCACAF Gold Cup as well as the inaugural CONCACAF Nations League.

"I just wish we could have worked together in 2019 for the Gold Cup but his injury robbed him and Canada of that opportunity," said Herdman. "We all wish him well on the next stage of his journey."

Born in Newmarket. Ont., to Dutch parents, de Jong was four when his family moved to the Netherlands. He was eight when he joined PSV Eindhoven's youth academy.

De Jong went on to play for Helmond Sport and Roda JC before helping Germany's FC Augsburg win promotion to the Bundesliga.

He came to Major League Soccer in 2015, signing with Sporting Kansas City. He spent part of 2016 with the Ottawa Fury of the NASL before returning to MLS with the Whitecaps.

De Jong appeared in 52 regular-season games for Vancouver from 2016 to 2018. He spent the last two seasons with Pacific FC in the Canadian Premier League.

“I will forever be grateful to Pacific for the time I’ve had at the club and on (Vancouver) Island which I will continue to call home," De Jong said.

This report by The Canadian Press was first published March 5, 2021