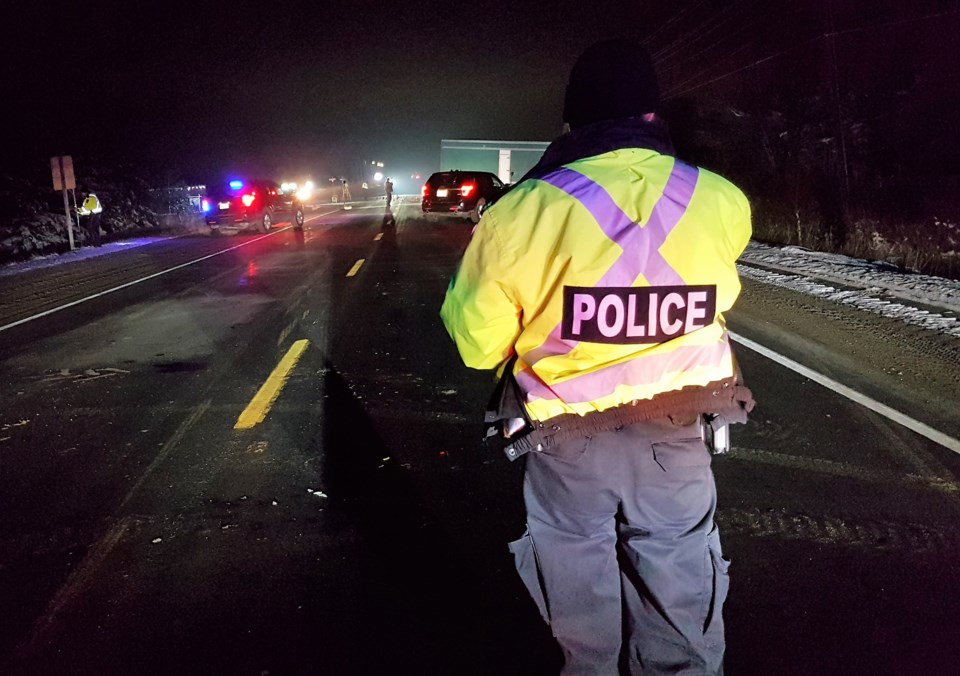 South Simcoe police are investigating whether stop sign compliance was a factor in a deadly crash between a transport truck and an SUV that claimed the life of a 71-year-old Bradford West Gwillimbury man.

Police have not released the name of the man, who was pronounced dead at the scene on Yonge Street at Line 12. He had been driving west in an SUV when the crash took place, according to Sue Sgambati, corporate communications specialist for South Simcoe police.

The man’s female passenger remains in hospital with serious injuries, she wrote in a press release issued Wednesday.

The driver of the transport truck was treated at the scene.

“The investigation is continuing. Stop sign compliance is among factors being examined as possible causes,” Sgambati wrote.

Police have not yet confirmed whether there will be any charges stemming from the Nov. 30 crash.

The County of Simcoe confirmed this week it has plans for “intersection improvements” at Yonge Street and Line 12, including added turning lanes, and illumination and drainage improvements, according to Christian Meile, the county’s director of transportation and engineering.

The county also plans to widen Yonge Street, or County Road 4, from two to four lanes, starting near Line 8 in BWG and working north to County Road 89 and eventually to the south limits of Barrie. Road construction is expected to start in 2021.