Police say the 65-year-old victim is in serious condition at a Toronto trauma centre
Jan 26, 2021 3:57 PM By: BradfordToday Staff 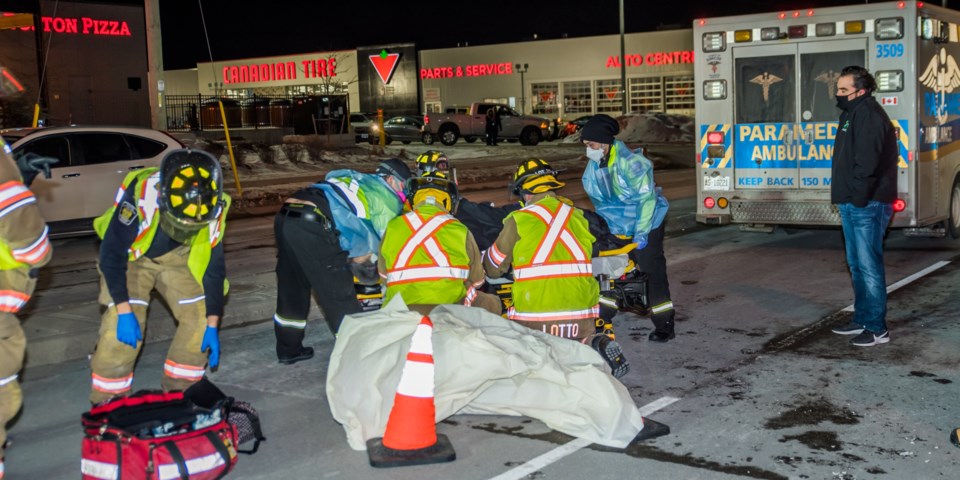 First responders attend to a woman who, witnesses say, was struck by two vehicles that fled the scene.Paul Novosad for BradfordToday

On Friday, Jan. 22, 2021, at 7:00 p.m., a 65-year-old Bradford woman was struck by two vehicles while she was crossing West Park Avenue on Holland Street West in Bradford.

The victim remains in serious condition at a Toronto trauma centre. For her sake, out of consideration for her family and the community, police are urging the drivers to come forward.

The investigation has determined that both drivers know they struck someone, and officers are urging them to contact a lawyer and then contact police.

The investigation is ongoing and includes an extensive canvass for security camera video, witness interviews and collision reconstruction.