Dimock’s Garage a family owned Bradford business in the 1930s

Al Dimock and his family owned the important garage business in town in the early 1930s
Nov 21, 2020 8:00 AM By: BradfordToday Staff 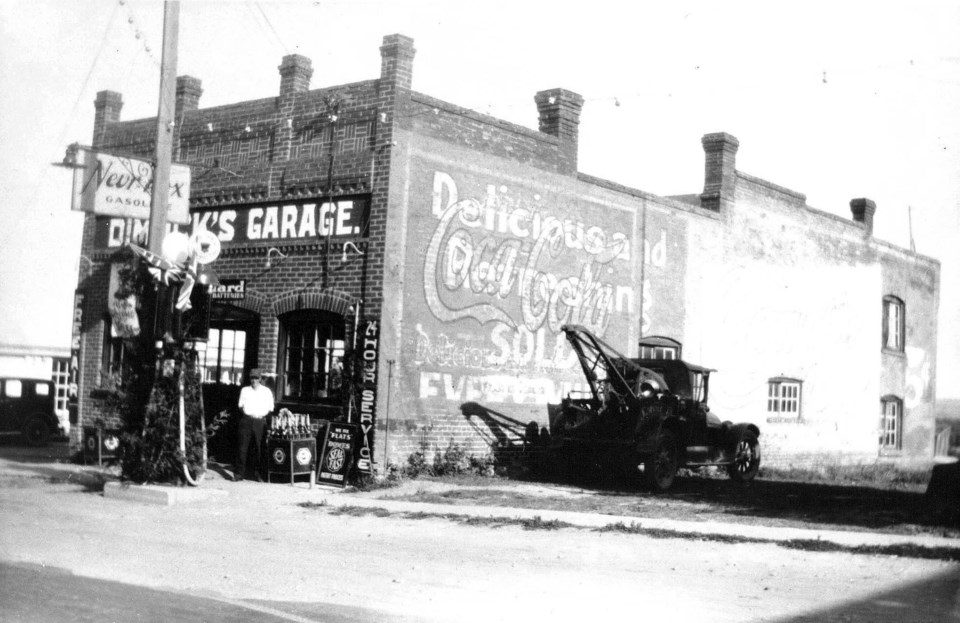 In the early 1930s, Albert Dimcok and his son Hedley, along with wife Minni and daughter Eileen, were the owners of Dimock's Garage, which was located on the property of the old RBC building, now a family doctor's office, on Holland Street West in the downtown core.

The Dimocks lived at 149 John St. West, which was first home to Mr. Robinson, a disabled man who used to play the violin outside on his knees. He particularly loved to play for his children.

The home was originally a one-storey frame building with shiplap siding. It had a shed at the rear.

After Mr. Robinson died, the house sat idle for many years, and the Dimock family moved in after the Second World War, the Dimocks moved in, removing the original structure and built a new house on the property.

Albert Dimock lived in the house until he died in 1964.

Butchershop in Bond Head was once host to Saturday night shopping socials
Apr 10, 2021 7:30 AM