The Bradford Witness: A lookback at the town's old newspaper 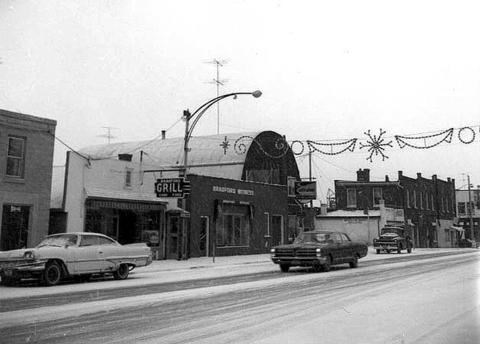 The way in which the people of Bradford receive their local news today has definitely evolved over the years, but there's one thing that remains and that's the need and value of quality newsreporting and storytelling.

News reporting in Bradford was established in 1856 by R. Goldie with the Bradford Chronicle newspaper.

The Bradford Witness was another town newspaper that was first published on Feb. 20, 1879 by Mr. E. Garrett. He was born in Hampshire, England, but settled in Bradford with his parents when he was only one-year-old in 1856.

Before starting The Witness, he worked for Mr. Broughton at South Simcoe News. The fire of 1892 destroyed the offices of The Witness, located on Barrie Street, and the two papers amalgamated, with E. Garrett as proprietor.

Garrett sold the newspaper in 1910, and moved to Westerm Canada.

It isn't clear who owned the newspaper immediately afterwards, but its editor was Mr. T.A. Pratt and in 1916, Mr. O.M Seim took over as publisher before selling in the business in 1931 to Stewart and Ina McKenzie.

Over the years, The Bradford Witness served as a main news source for the community before closing sometime in the early 90s.

A newspaper is customarily regarded as a show window for a town and this management is doing its utmost to present good publicity for this entire area. The practice is to boost for the district, and if this reads as a boost for ourselves, please remember that such occasion is rare.-  The Bradford Witness, May 10, 1967

-from the BWGPL Archives and Bradford's Centennial Anniversary